Identity, Belonging, and the Role of the Artist in the Contemporary Graphic Novel

Deutsches Haus at NYU and the University of Cologne New York Office present “Identity, Belonging, and the Role of the Artist in the Contemporary Graphic Novel,” a conversation between the illustrators and artists Nora Krug and Büke Schwarz, moderated by Professor Stefan Börnchen (University of Cologne). Both Nora Krug’s graphic memoir “Belonging: A German Reckons with History and Home” and Büke Schwarz’s debut graphic novel “Jein” draw inspiration from their personal histories to tackle the nuanced questions of belonging, identity, and the role of the artist in making sense of the past and the present. Please join us in exploring these intricate and intriguing questions and examining how the format of the graphic novel lends itself to telling these important stories. 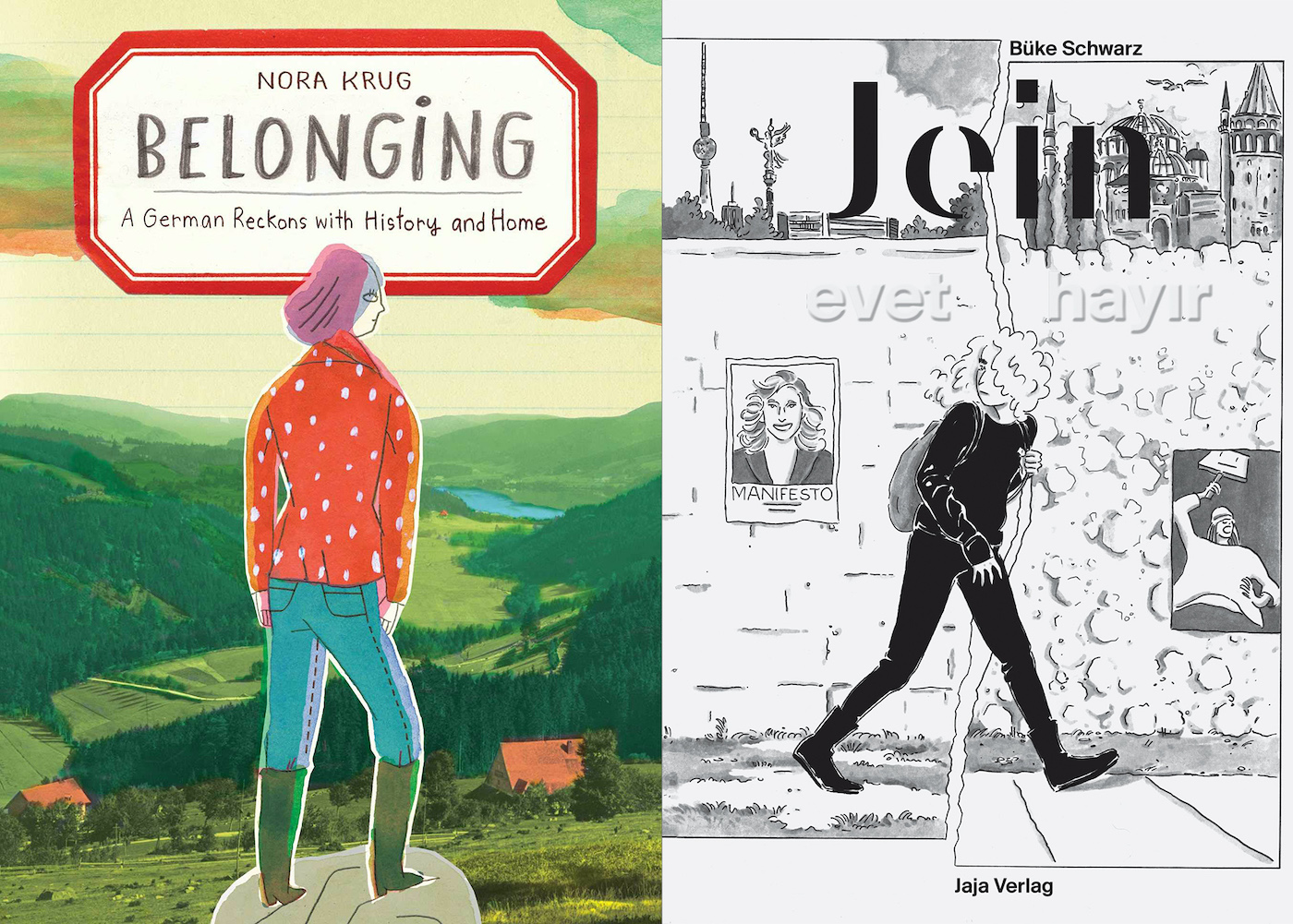 About “Belonging: A German Reckons with History and Home:”

Nora Krug was born decades after the fall of the Nazi regime, but the Second World War cast a long shadow over her childhood and youth in the city of Karlsruhe, Germany. Yet she knew little about her own family’s involvement; though all four grandparents lived through the war, they never spoke of it.
After twelve years in the US, Krug realizes that living abroad has only intensified her need to ask the questions she didn’t dare to as a child. Returning to Germany, she visits archives, conducts research, and interviews family members, uncovering in the process the stories of her maternal grandfather, a driving teacher in Karlsruhe during the war, and her father’s brother Franz-Karl, who died as a teenage SS soldier. In this extraordinary quest, “Krug erases the boundaries between comics, scrapbooking, and collage as she endeavors to make sense of 20th-century history, the Holocaust, her German heritage, and her family's place in it all” (The Boston Globe).

About “Jein:”
The protagonist Elâ Wolf is an artist, Berlin resident, and half-Turkish. Although in her opinion, the latter has nothing to do with her art nor the rest of her life. Or at least she thought so until April 16, 2017, the day of the infamous referendum in Turkey, that the country’s president Recep Tayyip Erdoğan used to disenfranchise democratic structures. Suddenly, the victory of the referendum’s “yes”-faction confronts Elâ with the political reality of her second home. One question becomes ever more pressing: Must she deal with this societal change in her art, and if so, how?

“Jein” is not only the title of Büke Schwarz’s debut but also the title of the art exhibition in her novel. This merged version of “Ja” (German for yes) and “Nein” (German for no) is often associated with spinelessness and lack of confidence. And in today’s society, it is often frowned upon to answer the essential questions of art, politics, and other parts of life with “Jein.” Although these questions are usually very complex, a simple “yes” or “no” is desired. It becomes a challenge for Elâ Wolf to position herself as she and other artists from Berlin try to curate an exhibition. And if that weren’t enough, her conservative father pops up out of nowhere, and she is forced to make even more decisions.

Büke Schwarz's graphic novel shines a light upon how German-Turks deal with the political changes in their homeland and how the politics and censorship efforts by Erdoğan influence their life in Germany. Furthermore, it allows a behind-the-scenes look at the art world and its ambivalent relationship with politics, especially visible in unstable times.

Nora Krug is a German-American author and illustrator whose drawings and visual narratives have appeared internationally. Krug is a recipient of fellowships from Fulbright, the John Simon Guggenheim Memorial Foundation, the Pollock-Krasner Foundation, and the Maurice Sendak Foundation. She was named Moira Gemmill Illustrator of the Year, and Book Illustration Prize Winner by the Victoria and Albert Museum. Krug’s illustrations were recognized with medals from the Society of Illustrators and the New York Art Directors Club. Her visual narratives were included in Houghton Mifflin’s Best American series, and her animations were shown at the Sundance Film Festival. Krug's visual memoir Belonging: A German Reckons with History and Home was chosen as a best book of the year by the New York Times, The Guardian, NPR, the Boston Globe and the San Fransisco Chronicle, among others, and was on the German 2019 Bestenliste. It was the winner of the 2019 National Book Critics Circle Award and the Lynd Ward Graphic Novel Prize. Krug is an associate professor for illustration at the Parsons School of Design in New York City.

Büke Schwarz was born in Berlin in 1988 and studied fine arts with a focus on painting and graphic arts at the UdK Berlin and at UAL London. She received her degree at the UdK Berlin as a master student (Meisterschülerin) of Valérie Favre. In addition, she earned a master's degree in design at HBKsaar with a focus on pictorial narratives. For her work she has been awarded with the Helmut Thoma Prize, the Ulrich and Burga Knispel Foundation Prize, and the Dorothea Konwiarz Scholarship. Her comic debut "Jein" was published by Jaja Verlag early 2020. In the same year it won the Ginco Award in the category "Best Long Comic“.

To RSVP for this event, please click here. Registration is (as always) free and open to the general public. Only registered attendees will receive Zoom webinar information via email on the day of the event. You can download Zoom here.

“Identity, Belonging, and the Role of the Artist in the Contemporary Graphic Novel” is funded by the DAAD from funds of the German Federal Foreign Office (AA) and co-presented in collaboration with the University of Cologne New York Office. 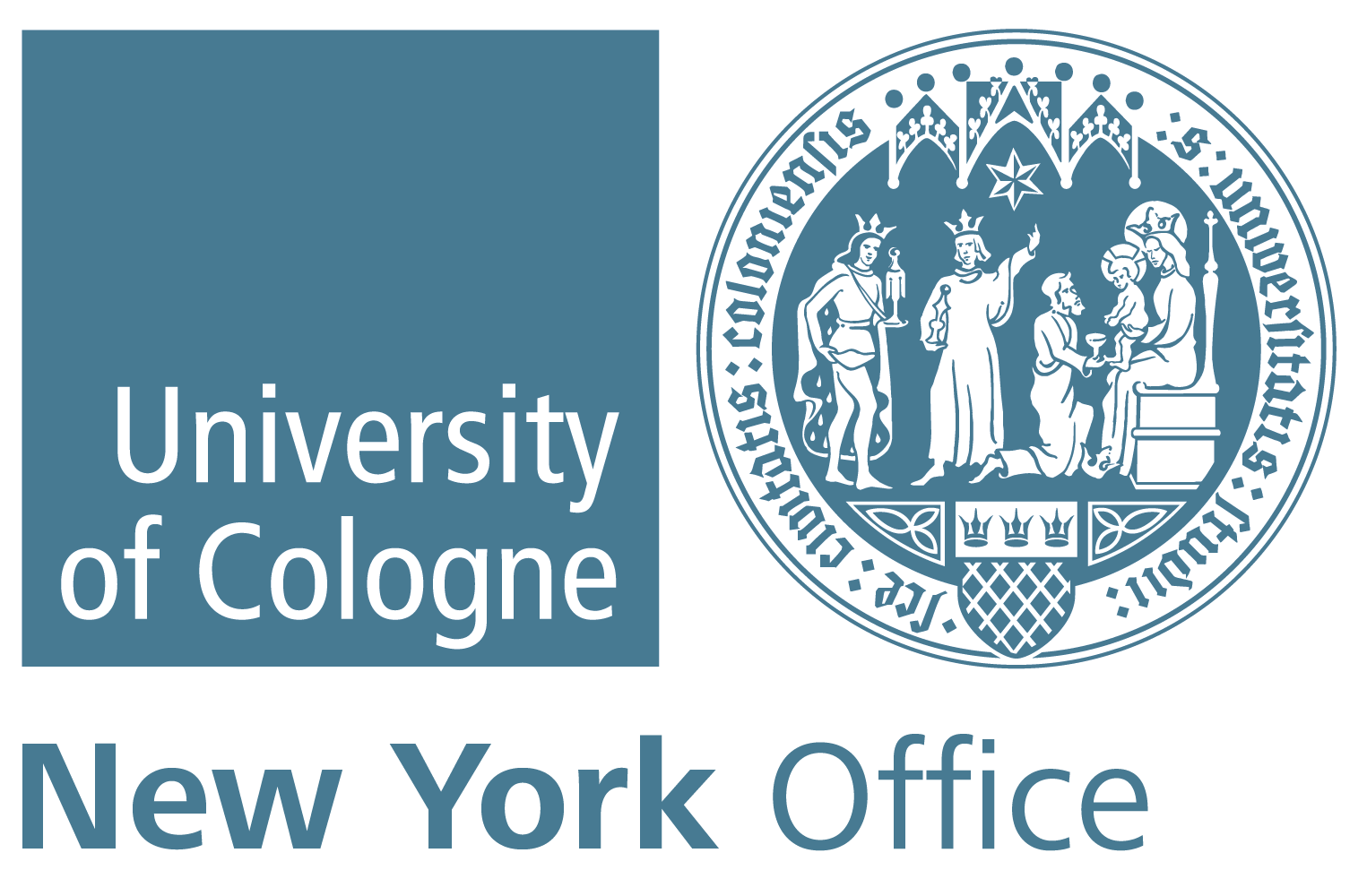