Deutsches Haus at NYU and the Consulate General of Germany New York present a moderated panel discussion among Angelika Bammer, Andrew Gross, Susanne Rohr, Cornelius Schwalm, and James Young in the context of the recent publication of Susanne Rohr’s new book, Von Grauen und Glamour: Repräsentationen des Holocaust in den USA und Deutschland [Of Horror and Glamour: Representations of the Holocaust in the U.S. and Germany] (Winter Verlag, 2021). Opening remarks will be provided by Yasemin Pamuk, Head of Cultural Affairs and Science at the Consulate General of the Federal Republic of Germany in New York. 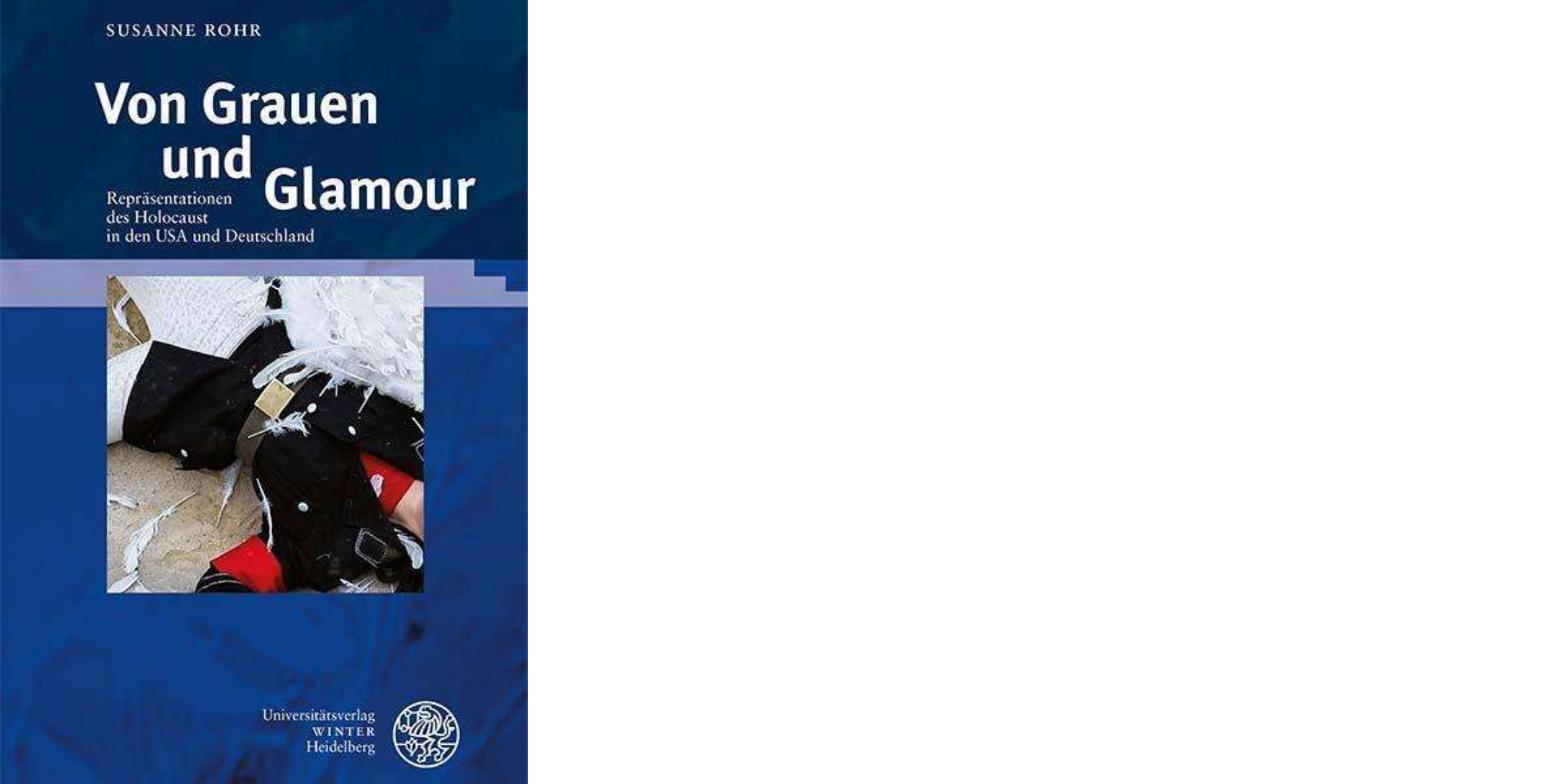 Can we laugh about the Holocaust? Have we exhausted the conversation? These provocative questions were at the heart of the concentration camp comedies of the 90s, which were breaking taboos of Holocaust representation. How is the Holocaust represented in contemporary artworks after this so-called ultimate breach of taboo? Susanne Rohr’s study analyzes the developments of these representations in the U.S. and Germany in a comparative approach. Von Grauen und Glamour [Of Horror and Glamour] traces the cultural narratives in which these novels, novellas, movies, and graphic novels are integrated, and in which transatlantic dialogues they stand. Their analysis shows how they relate to generational debates on memory and memorialization, and how they adjoin questions of ethics with those of aesthetic. For the first time in a transnational context, this book shows the continuing necessity and ongoing dynamics of memory work.

Angelika Bammer is Professor of Comparative Literature at Emory University. The editor of Displacements: Cultural Identities in Question (1994) and co-editor, with Ruth-Ellen Boetcher Joeres, of The Future of Scholarly Writing: Critical Interventions (2015), she has published on twentieth-century literature and culture, film and photography, and utopian thought. Her book, Born After: A German Reckoning (Bloomsbury Academic, 2019), a study of the transmission of history across four generations in form of a personal narrative, was a PROSE Award Finalist.

Andrew Gross (moderator) is professor of American literature at the University of Göttingen and director of the Seminar for English Philology. He is an executive editor of the American Studies Journal and an assistant editor of the European Journal of American Studies. Together with Susanne Rohr, he wrote Comedy--Avant-Garde--Scandal (Universitätsverlag Winter 2010), a book that points ahead to Susanne's most recent monograph, though of course Susanne develops the arguments much further. Andrew published The Pound Reaction: Liberalism and Lyricism in Midcentury American Literature (Universitätsverlag Winter 2015), which received the Rob Kroes Award from the European Association of American Studies in 2015. In addition to writing about representations of the Holocaust, Andrew also works on topics in surveillance studies, travel literature, and modernist American poetry.

Susanne Rohr is Chair of North American Literature and Culture at the University of Hamburg. Her publications include Die Wahrheit der Täuschung: Wirklichkeitskonstitution im amerikanischen Roman 1889-1989 (Fink 2004) and with Andrew S. Gross Pop – Avant-Garde – Scandal: Remembering the Holocaust after the End of History (Winter 2010). Susanne Rohr has also published numerous essays in the fields of literary and cultural theory, semiotics, American pragmatism, epistemology, and on a broad range of topics in American literature of the 19th and 20th centuries. In 2017, Susanne Rohr was awarded an “opus magnum” stipend by the Volkswagen Foundation to finish her research project on representations of the Holocaust in German and U.S.-American culture in the new millennium. The book with the title Von Grauen und Glamour: Repräsentationen des Holocaust in den USA und Deutschland was published last month by Winter Verlag.

Cornelius Schwalm was born in Frankfurt am Main in 1967 and studied acting at the Hochschule für Musik und Theater Hamburg. He has performed at numerous German-language theaters, including Schauspielhaus Bochum, the Maxim Gorki Theater, Schauspiel Frankfurt, and the Staatstheater Stuttgart. Simultaneously, he started directing in the independent theater scene in Germany and won the „1. Preis der Jury“ at the Heidelberger Theatertage with his play „Mongoflipper.“ He has also appeared in over 50 films as an actor, working with directors Tom Tykwer, Christoph Hochhäusler, Chris Kraus, and Jessica Hausner among many others.  He and Rudolf Thome, with whom Cornelius Schwalm worked on five films, have enjoyed a longstanding collaboration. „Hotel Auschwitz“ was Cornelius Schwalm’s debut as a film director and producer.

James Young is Distinguished University Professor of English and Judaic Studies Emeritus at the University of Massachusetts, Amherst, where he has taught since 1988, and Founding Director of the Institute for Holocaust, Genocide, and Memory Studies at UMass Amherst. His publications include Writing and Rewriting the Holocaust (Indiana University Press, 1988), The Texture of Memory (Yale University Press, 1993), and At Memory's Edge:  After-images of the Holocaust in Contemporary Art and Architecture (Yale University Press, 2000). Professor Young has written widely on public art, memorials, and national memory.  His articles, reviews, and Op-Ed essays have appeared among others in The New York Times Magazine and Frankfurter Allgemeine Zeitung. He is the recipient of numerous awards and fellowships, including a Guggenheim Fellowship and a Yad Hanadiv Fellowship at the Hebrew University in Jerusalem. His latest publication The Stages of Memory:  Reflections on Memorial Art, Loss, and the Spaces Between (University of Massachusetts Press, 2016) won the National Council for Public History Book Award for 2017.

“'Of Horror and Glamour': A Conversation among A. Bammer, A. Gross, S. Rohr, C. Schwalm, and J. Young" is funded by the DAAD from funds of the German Federal Foreign Office (AA).