Deutsches Haus at NYU and the Consulate General of Switzerland in New York present a conversation between Jonas Lüscher and Tess Lewis about Jonas Lüscher's most recent novel, Kraft, and the function of political fiction in a polarized world, which will be moderated by Ulrich Baer. This event is presented as part of International Education Week (IEW). 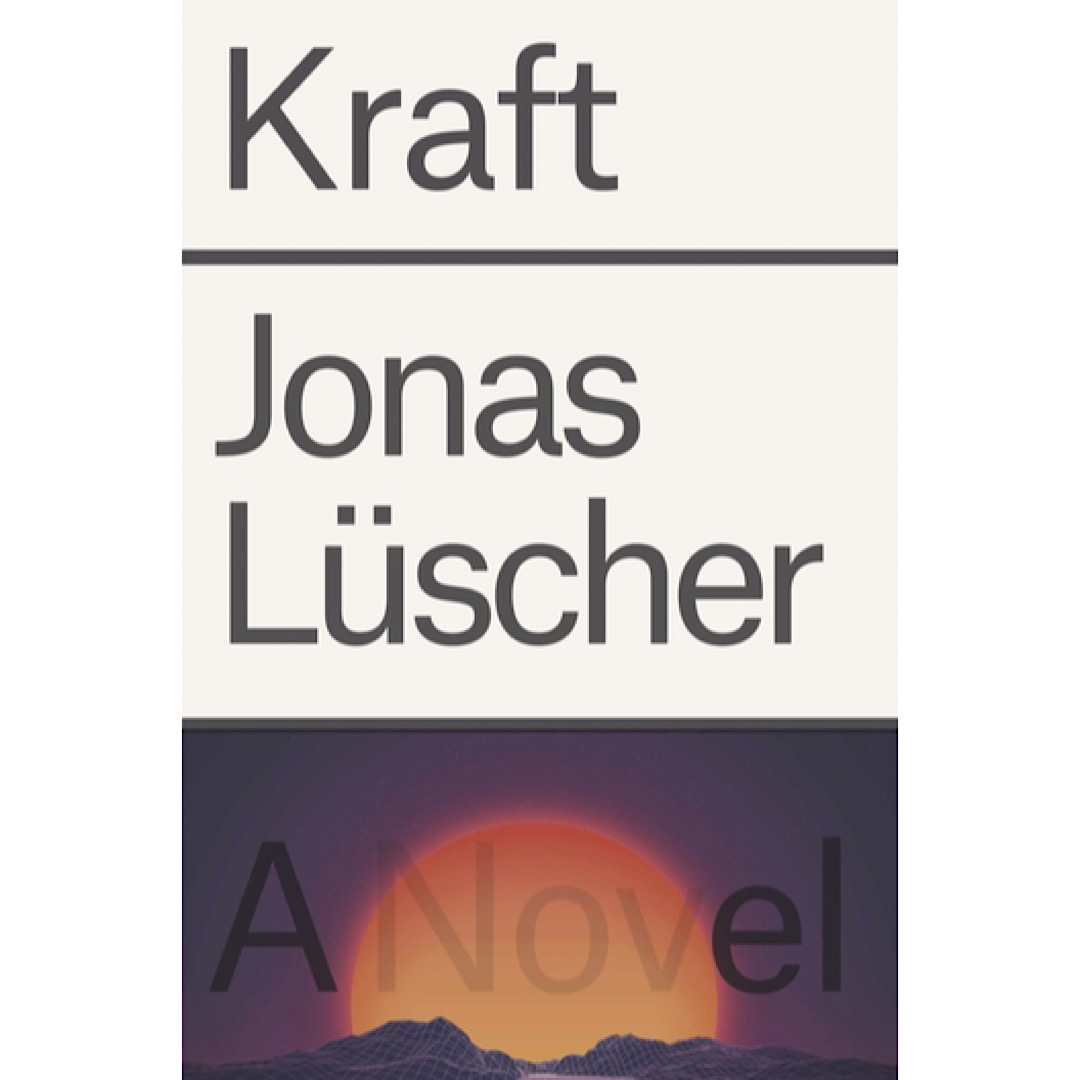 “Richard Kraft, a German professor of rhetoric and aging Reaganite and Knight Rider fan, is unhappily married and badly in debt. He sees no way out of his rut until he is invited to participate in a competition to be held in California and sponsored by a Silicon Valley tycoon and “techno-optimist.” The contest is to answer a literal “million-dollar question”: each competitor must compose an eighteen-minute lecture on why our world is still, despite all evidence, the best of all possible worlds, and how we might improve it even further through technology.

Entering into a surreal American landscape, Kraft soon finds what’s left of his life falling to pieces as he struggles to justify as “best” a planet in the hands of such blithe neoliberal cupidity as he encounters on his odyssey to California. Still, with the prize money in his pocket, perhaps Kraft could finally buy his way to a new life . . . But what contortions—physical and philosophical—will he have to subject himself to in order to claim it?”

Jonas Lüscher, the author of Barbarian Spring—“a most humorous and convincing satire of the ridiculous excesses of those responsible for the financial crisis” (The New York Times Book Review)—returns to the topic of neoliberal arrogance in Kraft (FSG, 2020, translated from the German by Tess Lewis), his Swiss Book Prize winning, hilarious and wicked novel about a man facing the ruins of his life, and his world.

Tess Lewis is a writer and translator from French and German. Her translations include works by Peter Handke, Walter Benjamin, Klaus Merz, Hans Magnus Enzensberger, Christine Angot, Pascal Bruckner, and Jean-Luc Benoziglio. She has been awarded grants from PEN USA, PEN UK, and the NEA, a Max Geilinger Translation Grant for her translation of Philippe Jaccottet, the ACFNY Translation Prize and the 2017 PEN Translation Prize for her translation of the novel Angel of Oblivion by the Austrian writer Maja Haderlap, and most recently a John Simon Guggenheim Fellowship. She is Co-chair of the PEN Translation Committee and Advisory Editor for The Hudson Review. Her essays and reviews have appeared in a number of journals and newspapers including Bookforum, Partisan Review, The Hudson Review, World Literature Today, The Wall Street Journal, and The American Scholar.

Ulrich Baer (moderator) is University Professor at New York University and has published extensively on the representation of personal and collective trauma in literature, film, photography, and public debate. His books include We Are But a Moment; Remnants of Song: The Experience of Modernity in Charles Baudelaire and Paul Celan; and, as editor and translator, The Dark Interval: Rilke’s Letters on Loss, Grief and Transformation. His podcast, "Think About It," is devoted to in-depth conversations on powerful ideas and great books. His most recent book, What Snowflakes Get Right: Free Speech, Equality and Truth in the University, was published by Oxford University Press in October 2019.

"Kraft: A Conversation among Jonas Lüscher, Tess Lewis, and Ulrich Baer" is funded by the DAAD from funds of the German Federal Foreign Office (AA).