Book cover, “The Emergence of Illiberalism: Understanding a Global Phenomenon” 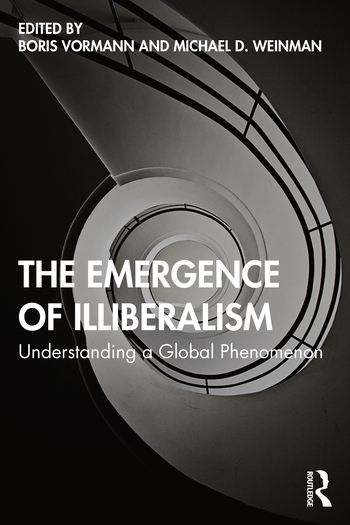 Donald J. Trump's politics echo similar illiberal tendencies that rework state institutions and national imaginaries across the planet. How can we make sense of his four years in office? How does his administration compare to that of illiberal variants in Japan, Turkey, Brazil, and the European Union? At this event, experts on these topics will explore the specificities of and parallels between the cases in the above-mentioned countries and will seek to put the U.S. experience into perspective. The panelists are all contributors to the recently published book The Emergence of Illiberalism: Understanding a Global Phenomenon (Boris Vormann and Michael Weinman, eds., Routledge 2021) whose co-editor Boris Vormann will moderate the event.

Aysuda Kölemen is a research fellow at Bard College Berlin. Her current research interests include autocratization and discourses on gender and family policies in Turkey. She has previously worked on the differences in public discourses on the welfare state in Europe and the USA and the political dimensions of new religiosities in Turkey.

Esther Solano is Professor of Social Science at Federal University of São Paulo and teaches in the Master program on Latin America and the European Union at University of Alcalá (Spain). Among other publications she has recently edited: Is there a way out? Critical essays on Brazil (2017); Hate as politics (2018); and Brazil in collapse (2019).

Kristin Surak joined the London School of Economics in 2020 from SOAS University of London where she was a Senior Lecturer (Associate Professor) of Japanese Politics. Her research on international migration, nationalism, and political sociology has been translated into a half-dozen languages. She is the author of Making Tea, Making Japan: Cultural Nationalism in Practice (2013), which received the Book of the Year Award from the American Sociological Association’s Asian Section.

Boris Vormann (moderator) is Professor of Politics and Director of the politics section at Bard College Berlin. His research focuses on the role of the state in globalization and urbanization processes; nations and nationalism; and the crisis of democracy. His most recent books are Democracy in Crisis: The Neoliberal Roots of Popular Unrest (with Christian Lammert, 2019), and Contours of the Illiberal State (2019).

Claudia Wiesner is Jean Monnet Chair and Professor for Political Science at Fulda University of Applied Sciences and Principal Investigator of the Jean Monnet Network “Debating Europe”.  Her main research interests lie in the comparative study of democracy, political culture and political sociology in the EU multilevel system. Her most recent monograph is Inventing the EU as a democratic polity: Concepts, Actors and Controversies (2018).

"American Illiberalism Viewed from Abroad" is funded by the DAAD from funds of the German Federal Foreign Office (AA).