What Remains: Art and Remembrance

Deutsches Haus at NYU and NYU’s Center for European and Mediterranean Studies present a panel discussion among Carol Kahn Strauss, former International Director of the Leo Baeck Institute; artists Petra Senn and Cornelia Thomsen; and DAAD Visiting Scholar at Deutsches Haus at NYU Angela Zumpe, as part of the conference “Memories Are Made of This: 30 Years after the Fall of the Berlin Wall.” The conversation will be moderated by Mechthild Schmidt Feist (NYU). The panelists will discuss how the momentous events of November 9, 1989, shaped their professional, artistic, and personal trajectories and whether the lessons they incorporated into their lives hold true today. 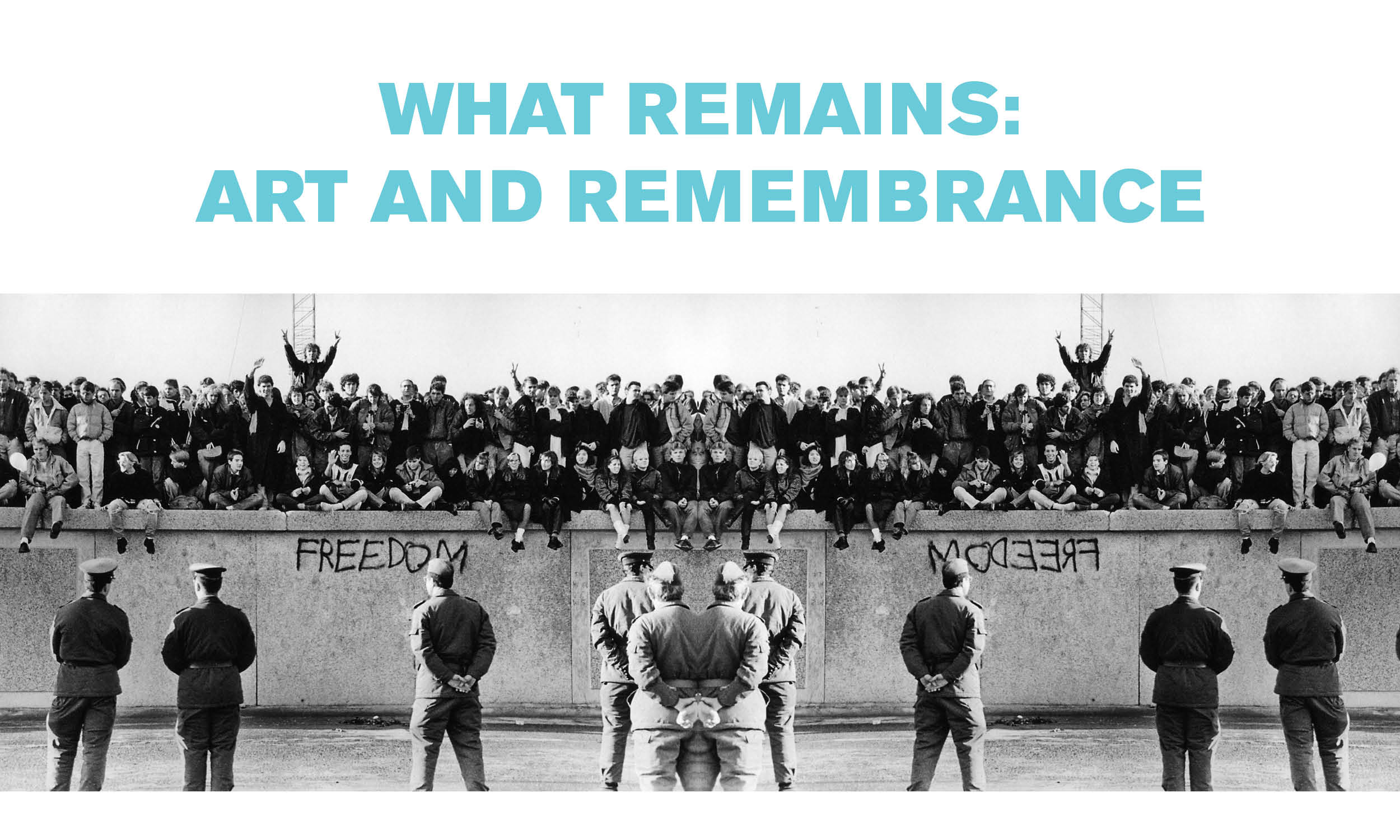 Mechthild Schmidt Feist (moderator) is a media artist and Professor for Digital Communications and Media at New York University. After receiving degrees in fine arts and history at the University of the Arts and Freie Universität in Berlin, a DAAD graduate study grant, followed by a Whitney Museum-ISP Fellowship, brought Mechthild to New York in the 1980s. In subsequent years, she worked as an award-winning artist and designer in New York and Munich (Editel, HBO, ARRI) and for artists such as Alexander Kluge, Nam June Paik, and Ornette Coleman. She is the designer of the “Lola” awards statue for the Deutscher Filmpreis. After teaching at several New York art and design schools, she took a position at New York University in 2003. Her current art practice, coined Engaged Media, investigates the role of media in communicating environmental awareness. Mechthild has exhibited and lectured widely, among others at Siggraph Art Shows, MIT/CAVS Cambridge, NTU-Singapore, SànArt-Saigon, EVA Berlin, Bauhaus-Dessau, Fudan University Shanghai, and ISEA 2019 Gwangju, Korea.

Before leaving the Leo Baeck Institute New York in 2015, Carol Kahn Strauss was Executive Director for eighteen years, before becoming International Director in 2013 in order to open an office in Berlin and expand operations in Germany. Mrs. Strauss holds a Bachelor’s degree in Political Science from Columbia University and a Master’s degree in International Relations from Hunter College. Before her position with the Leo Baeck Institute, she worked as a Senior Editor at the 20th Century Fund in New York, as well as Senior Editor at the Hudson Institute. For many years, she was assistant book editor at the renowned Council on Foreign Relations in New York. In addition to her professional career, Mrs. Strauss commits time to charity and volunteer work. In 2015, she received Germany’s highest civilian honor, the Commander’s Cross of the Order of Merit, and the Order of Merit, First Class, of the Federal Republic of Germany in 2005. She was also awarded the Ellis Island Medal of Honor in 2009.

Cornelia Thomsen spent the first 20 years of her life in East Germany, where she developed her passion for the arts. After reunification, Thomsen studied at the University of Art and Design in Offenbach/Main. In 2006, she moved to New York and co-founded the Erik Thomsen Gallery. Simultaneously, she published multiple series of artworks, including “Garden,” “Stripes and Structures,” and “Strokes” series. She has focused on researching and working with post-war German history in her “Role Models” series and through talks given at institutions including the University of Chicago, the UN, the Goethe Institut and the University of Pennsylvania.

Angela Zumpe is a filmmaker, media artist, and painter, who lives and works in Berlin, and is currently a visiting scholar at Deutsches Haus at NYU. She studied painting, installation, and video at the Berlin University of the Arts, after which she attended New York University to study film via a grant from the DAAD. In 1998, Angela Zumpe followed the call to the Anhalt University of Applied Sciences and became Professor for Visual Media in the Department of Design, where she helped shape new ways of life and teaching. She specializes in digital images, experimental videos, and film productions. Her past film projects include The Other America (2004), The Colors of Ageing (2005), Transit (2010), and Pastors Children (2017). Her short films have been screened at several festivals, including the “Screening War” at the ZKM Center for Art and Media Karlsruhe.

Events at Deutsches Haus at NYU are free and open to the public. If you would like to attend these events please send an email to deutscheshaus.rsvp@nyu.edu. As space at Deutsches Haus is limited, please arrive ten minutes prior to the event to ensure you get a good seat. Thank you!