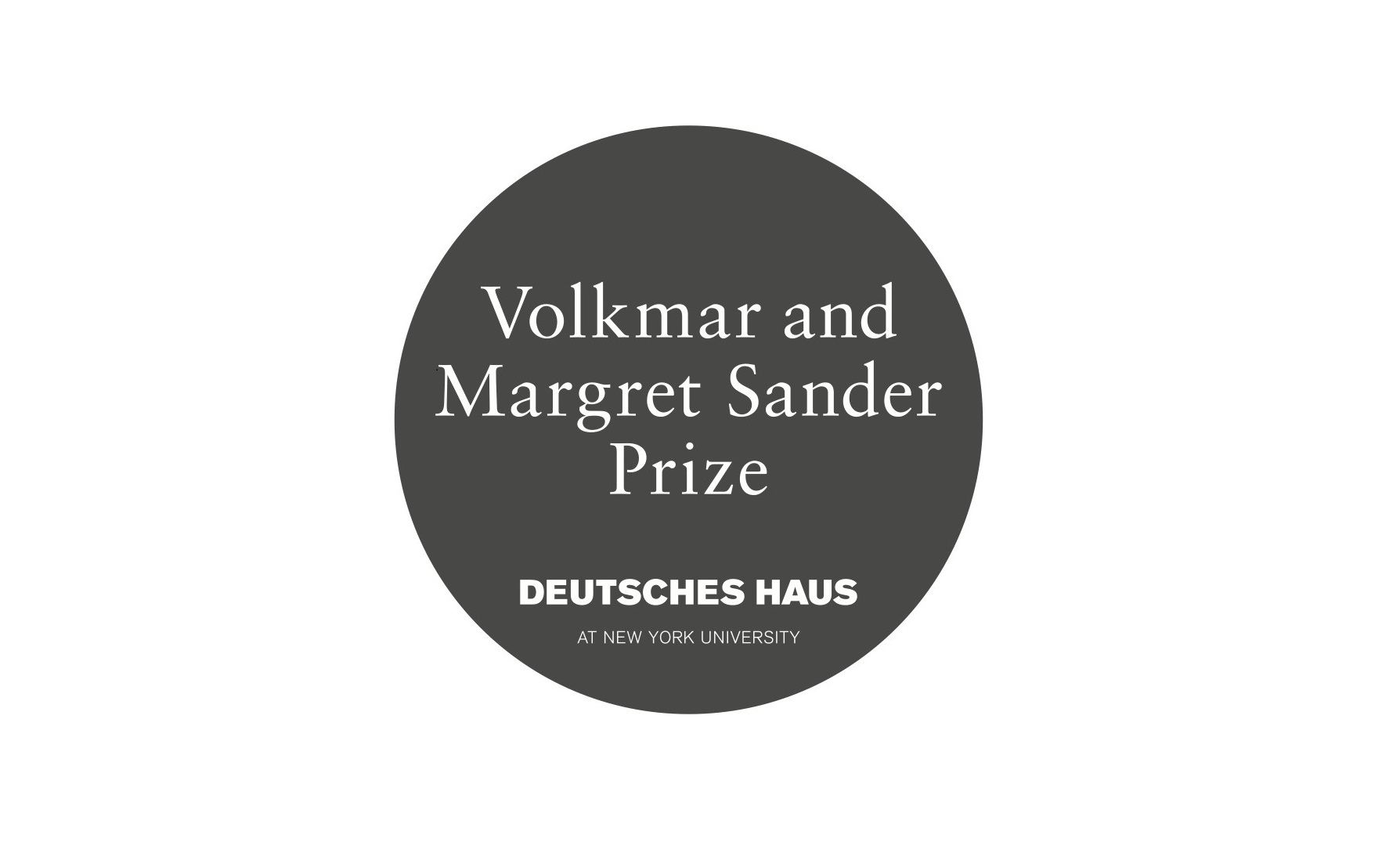 Deutsches Haus at NYU will proudly award the seventh annual Volkmar and Margret Sander Prize to Dr. Susan Neiman, the director of the Einstein Forum in Berlin.

Sander Gilman, distinguished Professor of the Liberal Arts and Sciences and Psychiatry at Emory University, will hold the laudatory speech in honor of Dr. Susan Neiman.

A musical performance by Devony Smith (soprano) and Danny Zelibor (piano) will conclude the award ceremony.

Susan Neiman is director of the Einstein Forum. Born in Atlanta, Georgia, Neiman studied philosophy at Harvard and the Free University of Berlin. She was professor of philosophy at Yale University and Tel Aviv University before coming to the Einstein Forum in 2000. She is a member of the Berlin-Brandenburg Akademie der Wissenschaft and the American Philosophical Society. Her works include Slow Fire: Jewish Notes from Berlin; The Unity of Reason: Rereading Kant; Evil in Modern Thought; Fremde Sehen Anders; Moral Clarity: A Guide for Grown-up Idealists; Why Grow Up? Subversive Thoughts for an Infantile Age; Widerstand der Vernunft; and Learning from the Germans: Race and the Memory of Evil.

Sander L. Gilman is a distinguished professor of the Liberal Arts and Sciences, as well as Professor of Psychiatry, at Emory University. A cultural and literary historian, he is the author or editor of well over ninety books. His Stand Up Straight! A History of Posture was published by Reaktion Press (London) in 2018; his most recently-edited volume is The Oxford Handbook of Music and the Body (with Youn Kim), published in 2019 by Oxford University Press. For twenty-five years, he was a member of the humanities and medical faculties at Cornell University, where he held the Goldwin Smith Professorship of Humane Studies. For six years, he held the Henry R. Luce Distinguished Service Professorship of the Liberal Arts in Human Biology at the University of Chicago. For four years, he was a distinguished professor of the Liberal Arts and Medicine at the University of Illinois at Chicago, where he created the ‘Humanities Laboratory.’ He has been a visiting professor at numerous universities in North America, South Africa, the United Kingdom, Germany, Israel, China, and New Zealand. He was president of the Modern Language Association in 1995. He has been awarded a Doctor of Laws (honoris causa) at the University of Toronto in 1997, elected an honorary professor of the Free University in Berlin (2000), an honorary member of the American Psychoanalytic Association (2007), and made a Fellow of the American Academy of Arts and Sciences (2016).

The Volkmar and Margret Sander Prize was established by Professor Margret Sander in memory of her late husband, Professor Volkmar Sander, former head of the German Department of NYU and founder and first director of Deutsches Haus at NYU, who passed away in 2011. The prize - which was awarded for the first time in 2013 to the late Professor Fritz Stern and, in the following year, to Dr. Gary Smith, then the executive director of the American Academy in Berlin, to Dr. Lya Friedrich Pfeifer, the President of the Max Kade Foundation, Inc., in 2015; to Dr. Claus Leggewie in 2016; to Karsten Voigt in 2017; and to Dr. Henry Jarecki last year - is awarded annually in October and is endowed with a $5000 grant, kindly donated by Margret Sander, and honors individuals who have made outstanding contributions to the cultural, political, and academic relationship between the German-speaking world and the United States.