This Used to be the Future: Politics and Remembrance

Deutsches Haus at NYU and NYU’s Center for European and Mediterranean Studies present a panel discussion among Jonathan Bach (The New School), Sheri Berman (Barnard College), Omar G. Encarnación (Bard College), Christiane Lemke (Leibniz Universität Hannover, DAAD Visiting Scholar at Deutsches Haus at NYU), Yascha Mounk (Johns Hopkins University), and Hadas Aron (NYU) as moderator, as part of the conference  “Memories Are Made of This: 30 Years after the Fall of the Berlin Wall.” The panelists will examine and assess the complex interconnectedness of politics and memory in the wake of the fall of the Berlin Wall and how this manifests itself in current political developments on both sides of the Atlantic and elsewhere. 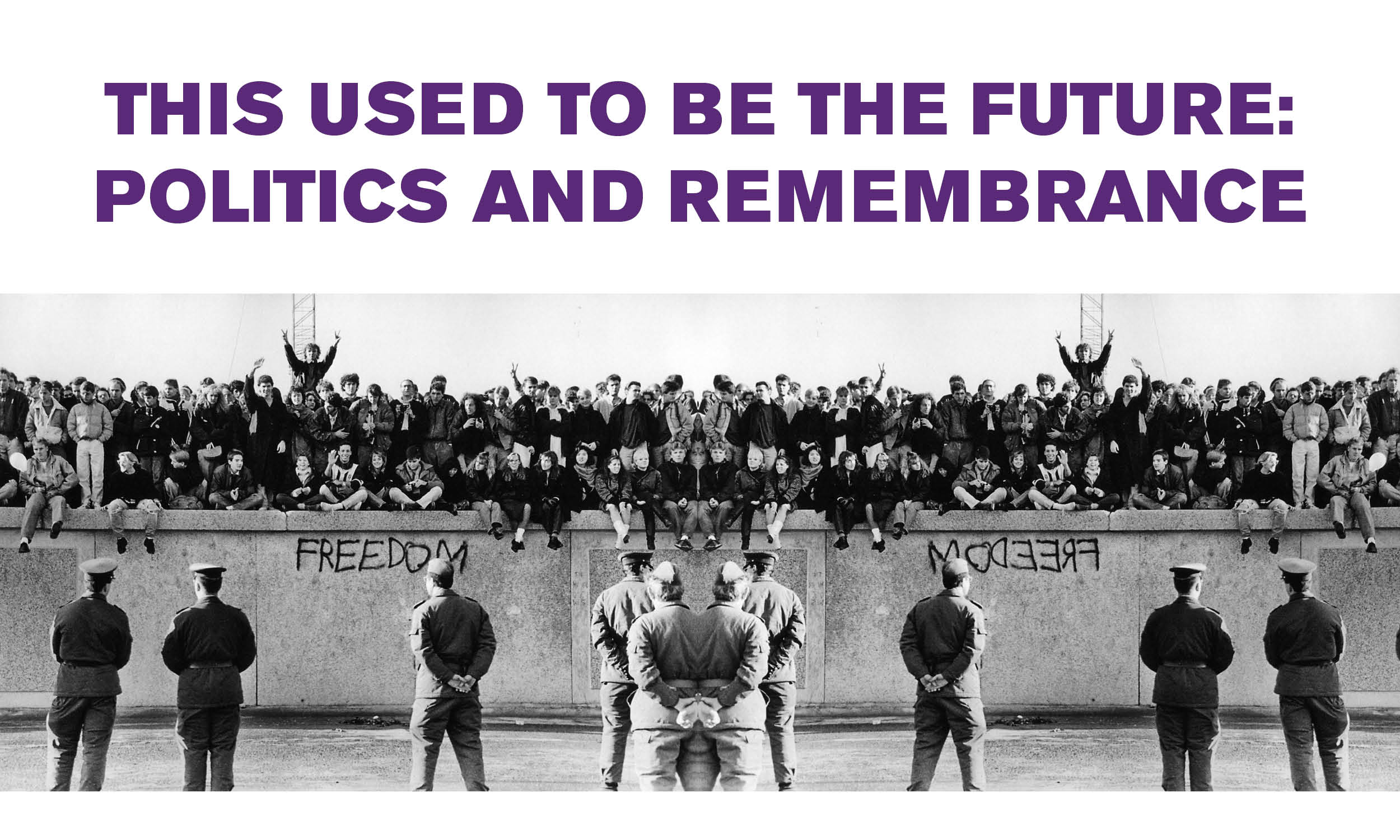 Jonathan Bach is Professor of Global Studies at The New School in New York. His work looks at social transformation in Germany and China with a focus on questions of memory, material culture, urban change, and space and identity. He is the author most recently of What Remains: Everyday Encounters with the Socialist Past in Germany, (German edition: Die Spuren der DDR: Von Ostprodukten bis zu den Resten der Berliner Mauer) and co-editor of Learning from Shenzhen: China’s Post-Mao Experiment from Special Zone to Model City and the forthcoming volume Re-Centering the City: Global Mutations of Socialist Modernity. His articles have appeared in, among others, Cultural Anthropology, Cultural Politics, Public Culture, Theory, Culture and Society, Cultural Politics, and Philosophy and Social Science.

Sheri Berman is a professor of Political Science at Barnard College, Columbia University. Her research interests include European history and politics; the development of democracy; populism and fascism; and the history of the left. She has written about these topics for a wide variety of scholarly and non-scholarly publications, including the New York Times, The Washington Post, Foreign Policy, Foreign Affairs, and VOX. She currently serves on the boards of the Journal of Democracy, Dissent and Political Science Quarterly. Her most recent book, Democracy and Dictatorship: From the Ancien Regime to the Present Day, is forthcoming from Oxford University Press.

Omar G. Encarnación is Professor of Political Studies at Bard College, where he teaches comparative politics and Latin American and Iberian studies.  He holds a Ph.D. in politics from Princeton University.  He is the author of Spanish Politics: Democracy After Dictatorship (2008); Democracy without Justice in Spain: The Politics of Forgetting (2014); and Out in the Periphery: Latin America’s Gay Rights Revolution (2016), and peer-reviewed articles and reviews in Comparative Politics, Political Science Quarterly, Comparative Political Studies, International Studies Quarterly, Journal of Democracy, Human Rights Quarterly, and Perspectives on Politics.  His political commentary has appeared in The New York Times, Foreign Affairs, The New York Review of Books, The Nation, and Foreign Policy, among other publications.  He has been a consultant for the U.S. Department of State, the World Bank, and Freedom House.  From 2017-2019 he served on the APSA Council, the governing body of the American Political Science Association.

Christiane Lemke is a professor of international relations and European studies at Leibniz University Hannover, and currently a DAAD visiting scholar at Deutsches Haus at NYU. She received her Ph.D. from the Free University in Berlin and went on to earn her Habilitation venia legendi in Political Science from the same institution. Her research interests include the creation of norms and customs in global governance. She has been Visiting Krupp Chair at Harvard University, DAAD Professor at the University of North Carolina at Chapel Hill, and Distinguished Visiting Professor at Suffolk University. In addition, while on leave from Leibniz University Hannover from 2006 to 2007, she served as Director of State Parliament in Lower Saxony, Germany. From 2010 to 2014, she was the holder of the Max Weber Chair in German and European Studies at NYU.

Hadas Aron (moderator) is a faculty fellow at the Center for European and Mediterranean Studies at NYU. After working for several years as a radio broadcaster, she completed her PhD at Columbia University, and was a Post-Doctoral fellow at the School of Political Science in Tel Aviv University. Her research and teaching focus on populism, nationalism, international security, and social and ethnic cleavages. Her regional concentration is on Eastern Europe, the United States, and Israel.

Yascha Mounk is one of the world's leading experts on the crisis of liberal democracy and the rise of populism. He is the author of three books that have been translated into ten languages, an Associate Professor of the Practice of International Affairs at Johns Hopkins University, a Contributing Editor at The Atlantic, a Senior Fellow at the German Marshall Fund, and the host of The Good Fight podcast. Yascha Mounk is a frequent keynote speaker at high-profile events like the Aspen Ideas Festival and a term member of the Council on Foreign Relations. Fluent in English, German, French and Italian, he provides commentary for leading radio and television programs around the world.

Events at Deutsches Haus at NYU are free and open to the public. If you would like to attend these events please send an email to deutscheshaus.rsvp@nyu.edu. As space at Deutsches Haus is limited, please arrive ten minutes prior to the event to ensure you get a good seat. Thank you!