Theory of the Hashtag: A Conversation between Andreas Bernard and Nicholas Mirzoeff

Deutsches Haus at NYU presents a conversation between Andreas Bernard, Professor for Cultural Studies at the Leuphana University and currently DAAD Visiting Scholar at Deutsches Haus at NYU, and Nicholas Mirzoeff, Professor of Media, Culture and Communication at New York University about Bernard’s book “Theory of the Hashtag” (Polity, 2019), digital activism, and the role the hashtag continues to play in shaping and transforming discursive culture.

Visual element that reads "Theory of the Hashtag" 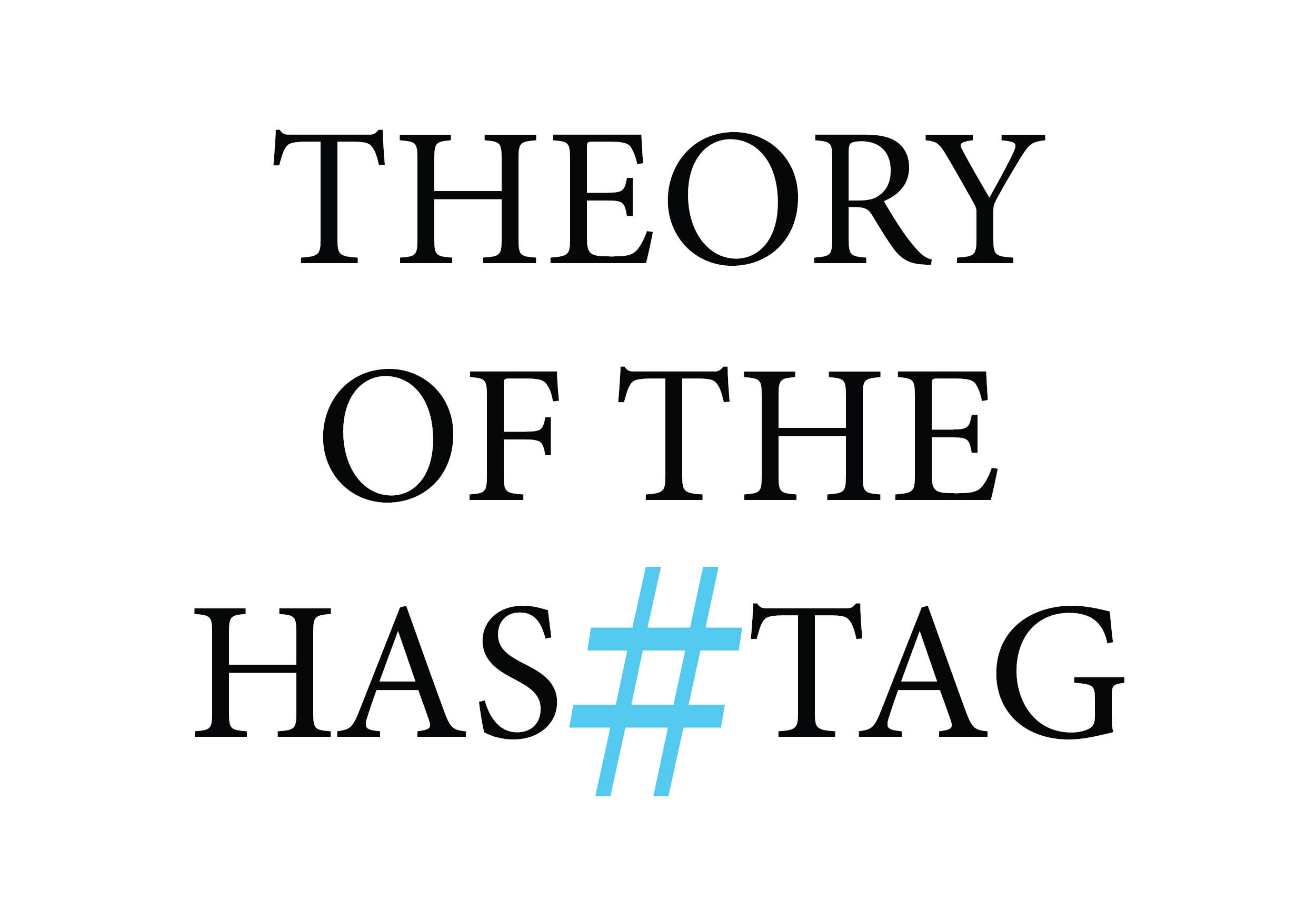 This is a short book about the most prominent sign of our times.  The simple # sign is now used so widely that it is easy to overlook the fundamental effects it has had in the structuring of public debate.  With its help, statements are bundled together and discourse is organized and amplified around common buzzwords.  This method enables us to navigate more easily the huge volume of online utterances, but it also increases the risk of leveling statements and extinguishing difference, as exemplified by the #MeToo debate.

Andreas Bernard traces the young and spectacular career of the humble hashtag.  He follows the history of the # sign, documenting its use by Twitter and Instagram, and then examines the most prominent contemporary domains of the sign in socio-political activism and in marketing – two apparently very different fields which are united in their passion for the hashtag. Theory of the Hashtag shines a bright light on a small but pervasive feature of our contemporary digital culture and shows how it is surreptitiously shaping the public sphere.

Andreas Bernard is Professor for Cultural Studies and co-speaker of the Centre for Digital Cultures. He is currently a DAAD Visiting Scholar at Deutsches Haus at NYU. He studied Literary Criticism and Cultural Studies in Munich and wrote his dissertation on the History of the Elevator at Bauhaus University Weimar (2005). He was a Scientific Assistant in Weimar (2002-2005) and at University of Constance (2007-2010). In 2012, he was a Fellow at Centre for Literary and Cultural Research (ZfL) in Berlin. Between 1995 and 2014, he has been an editor and author of Süddeutsche Zeitung in Munich. Since 2014, he is an author of Frankfurter Allgemeine Sonntagszeitung. His books include Lifted: A Cultural History of the Elevator (NYUP, 2014), Kinder machen: Neue Reproduktionstechnologien und die Ordnung der Familie. Samenspender, Leihmütter, Künstliche Befruchtung (2014), Persons of Interest: The Status of the Self in Digital Cultures (S. Fischer Verlag, 2017), and Theory of the Hashtag (Polity, 2019).

Nicholas Mirzoeff is a visual activist, working at the intersection of politics and global/digital visual culture. In 2017, his book The Appearance of Black Lives Matter was published as a free e-book by NAME Publications and then in 2018, it came out as a limited edition hard-cover with a graphic essay by Carl Pope and a poem by Karen Pope (sold out). His book How To See The World was published by Pelican in the UK (2015) and by Basic Books in the US (2016). It has been translated into ten languages. Mirzoeff is considered one of the founders of the academic discipline of visual culture in books like An Introduction to Visual Culture (1999/2009) and The Visual Culture Reader (1998/2002/2012). His book The Right to Look: A Counterhistory of Visuality (2011) won the Anne Friedberg Award for Innovative Scholarship from the Society of Cinema and Media Studies in 2013.  Mirzoeff was Deputy Director of the International Association for Visual Culture from 2011-2016. From 2013-17, he was Visiting Professor of Visual Culture at Middlesex University, London. A frequent blogger and writer, his work has appeared in The Nation, Hyperallergic, the New York Times, the Guardian, Time and The New Republic.

"Theory of the Hashtag: A Conversation between Andreas Bernard and Nicholas Mirzoeff" is a DAAD-sponsored event.