Teaching and Thinking the Bauhaus after 1989: Angela Zumpe's Time in Dessau

Deutsches Haus at NYU presents a talk about I Am Taking the Ghosts with Me…, the latest book by DAAD Visiting Scholar at Deutsches Haus at NYU Angela Zumpe, which focuses on her personal experience with the Bauhaus and reflects on the institution’s ideas, both past and present. The talk will be followed by a screening of Things to Come, a film project on László, Lucia, and Sibyl Moholy-Nagy.

Cover of book "I Am Taking the Ghosts with Me..." 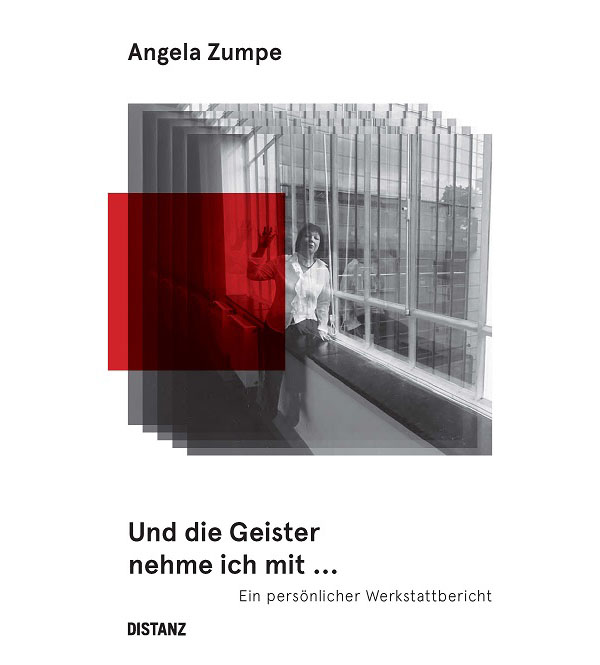 Berlin-based artist and filmmaker Angela Zumpe was already a guest at Deutsches Haus at NYU with her films in the past, most recently with The Pastor's Children – Punks, Politicians and Philosophers in 2017. This time, she will present parts of her new art book, I Am Taking the Ghosts with Me… (Distanz Verlag, 2019), reflecting her twenty years of working and lecturing in and near the Bauhaus in Dessau. In addition, Angela Zumpe will present a screening of her latest film project, Things to Come, which explores the lives of Bauhaus’s László, Lucia, and Sibyl Moholy-Nagy, between 1929 and 1935, using projection methods inspired by the artists. The centennial of the Bauhaus is sparking a discussion about the institution and its ideas once more. What remains of the original ideas and how are they still relevant today? Angela Zumpe uses the occasion to critically reexamine the Bauhaus and its reception.

In I Am Taking the Ghosts with Me…, she tells her personal story, as well as her encounter with the Bauhaus in Dessau after German reunification – a time of change, new beginnings, and new foundations. This publication is a fragmentary autobiography in images and, with its workshop-style report, establishes numerous references to the historical Bauhaus, since the design approaches to form and material have lost none of their validity to this day. Thus, the author also reflects on the current educational system and possible spaces for creative thought – then and now. At the same time, she documents her artistic development, which she has continued to advance over the years in Dessau.

Angela Zumpe is a filmmaker, media artist, and painter, who lives and works in Berlin. Angela Zumpe is currently a DAAD Visiting Scholar at Deutsches Haus at NYU. She studied painting, installation, and video at the Berlin University of the Arts, after which she attended New York University to study film via a grant from the DAAD. In 1998, Angela Zumpe followed the call to the Anhalt University of Applied Sciences and became Professor for Audiovisual Media in the Department of Design, where she helped shape new ways of life and teaching. She specializes in digital images, experimental videos, and film productions. Her past film projects include The Other America (2004), The Colors of Ageing (2005), Transit (2010), and The Pastor's Children (2017). Her short films have been screened at several festivals, including the “Screening War” at the ZKM Center for Art and Media Karlsruhe.

"Teaching and Thinking the Bauhaus after 1989: Angela Zumpe’s Time in Dessau" is funded by the DAAD from funds of the German Federal Foreign Office (AA).