On Finding and Fabricating: Memory and Family History in Katja Petrowskaja’s "Maybe Esther"

Deutsches Haus at NYU presents a talk by DAAD Visiting Scholar Susanne Rohr about the desire for continuity, identity, and belonging in one’s own family history and her interpretation of Katja Petrowskaja’s collection of stories, Maybe Esther. 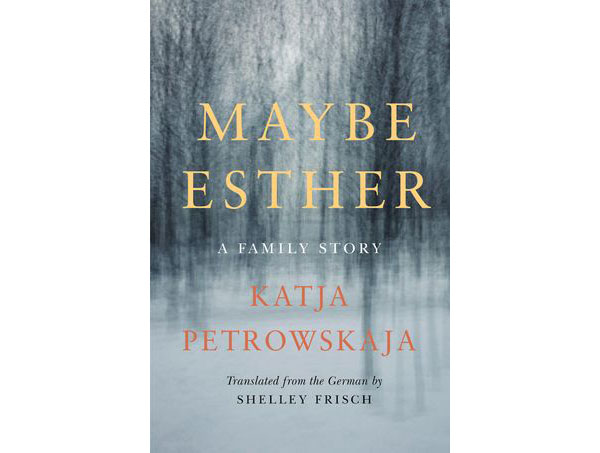 A topic that is being broadly discussed in contemporary German and U.S.-American literature is a desire for continuity, identity, and connection that traverse borders and generations, and into which an individual can be integrated and absorbed. And there is this longing for trustworthy memories and cross-generational belonging, and this longing is also expressed in the text at the core of this lecture, Katja Petrowskaja’s award-winning collection of family stories, Maybe Esther. Susanne Rohr will present her reading of this book, which she understands as a kind of exoneration of the so-called “third generation of survivors.” A representative of this generation speaks here, one who thoughtfully exercises her right to participate in a discussion on the question of whether, as a child or grandchild of a survivor, one can speak about the effect of the Holocaust on one’s own life.

Susanne Rohr is Chair of North American Literature and Culture at the University of Hamburg. She is currently a DAAD Visiting Scholar at Deutsches Haus at NYU. Her publications include Die Wahrheit der Täuschung: Wirklichkeitskonstitution im amerikanischen Roman 1889-1989 (Fink 2004) and with Andrew S. Gross Pop – Avant-Garde – Scandal: Remembering the Holocaust after the End of History (Winter 2010). Susanne Rohr has also published numerous essays in the fields of literary and cultural theory, semiotics, American pragmatism, epistemology, and on a broad range of topics in American literature of the 19th and 20th centuries. In 2017, Susanne Rohr was awarded an “opus magnum” stipend by the Volkswagen Foundation to finish her current research project on representations of the Holocaust in German and U.S.-American literature in the new millennium.

On Finding and Fabricating: Memory and Family History in Katja Petrowskaja's "Maybe Esther" is funded by the DAAD from funds of the German Federal Foreign Office (AA).