Deutsches Haus at NYU and the Consulate General of the Federal Republic of Germany in New York present a screening of the DW documentary "Digital Warriors: Women Changing the World" and a conversation among the activists Masih Alinejad and Aissata Camara, and moderated by Radha Hegde, Professor of Media, Culture, and Communication at NYU. The conversation will focus on the evolution of the activists' role in the digital and globalized world, and the power and limitations of social media to mobilize support and create lasting change for a wide range of causes. 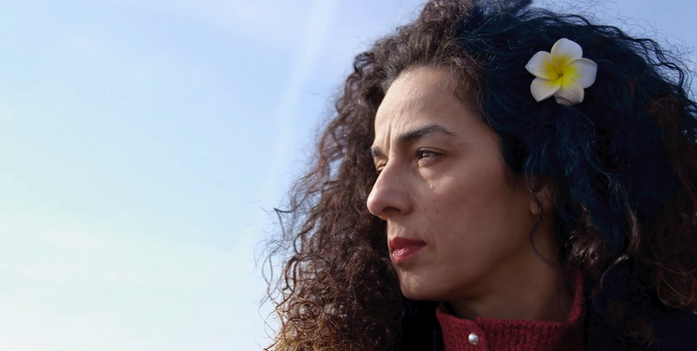 They are fighting against the murder of women in Latin America, female genital mutilation in Africa, compulsory headscarves in Iran and for peace between India and Pakistan. Net activists are increasingly fearless. No matter what hostilities they face, including online trolls who call for them to be killed, they do not back down. Hundreds of thousands follow these women on social media. Their campaigns inspire other women to take to the streets for equality, self-determination, human rights, freedom of speech, and to oppose sexualized violence. In Argentina, activist María Florencia Alcaraz and her comrades-in-arms launched the #NiUnaMenos campaign against gender-based violence in general and the epidemic of femicides in particular. The movement has swept Latin America like an avalanche. Amid a culture of machismo, the movement is about dignity, self-determination and sheer survival.

Dignity and self-determination are also issues Masih Alinejad fights for. A real force of nature, the exiled Iranian now lives in New York. Her campaigns "My Stealthy Freedom" and "White Wednesdays," in which women in Iran protest against being forced to wear headscarves, are so successful the regime in Tehran now fears a revolt by women.

In Guinea, where 96% of women have been forced to suffer female genital mutilation, Aissata M.B. Camara’s "Break The Silence" campaign is fighting to end the practice. Aissata herself has had to live with the physical and psychological anguish of FGM since she herself was cut at age eleven. In a viral video, "Profile for Peace," Gurmehar Kaur called for reconciliation between arch-enemies India and Pakistan. She has been insulted and received death threats on India's social networks. Gurmehar herself would have reason to hate Pakistan. When she was barely three years old, her father, an officer in the Indian army, died fighting the Pakistani military in Kashmir. Four women, four continents, one mission: Using social media to mobilize support in and beyond their communities, Florencia, Masih, Aissata, and Gurmehar are changing the world.

Masih Alinejad is one of the biggest thorns in the side of the Islamic Republic, having founded the "My Stealthy Freedom" campaign against compulsory hijab in 2014, which is now the largest civil disobedience campaign in the history of the Islamic Republic. Ms. Alinejad is also an Iranian political journalist, TV presenter, women's rights activist, and author of the best-selling memoir, The Wind in My Hair.  The New York Times has described Ms. Alinejad, as "the woman whose hair frightens Iran."  That is because of her campaign challenges the Islamic Republic's discriminatory laws against women. Born and raised in Iran, Ms. Alinejad was a parliamentary journalist in Tehran, where she exposed corruption among the lawmakers and in her newspaper columns, she challenged political figures including former President Ahmadinejad. In 2009, she was forced to leave Iran for the UK where she wrote and produced multiple radio and TV documentaries on human rights abuses in the aftermath of the disputed 2009 Iranian Presidential elections. Today, she hosts "Tablet," a satirical weekly show on the VOA, and runs "My Stealthy Freedom" campaign and initiatives such as "White Wednesdays" and "My Camera is My Weapon."

Aissata M. B. Camara is the Co-Founder of There Is No Limit Foundation (TINLF), an international nonprofit organization empowering individuals, especially women and girls. TINLF works in the areas of entrepreneurship, education, WASH, maternal and child health, and the eradication of harmful practices, such as female genital mutilation (FGM). Aissata is the creator of FGM Economics. She leads There Is No Limit Foundation’s partnerships and programmatic work. Under her guidance, TINLF’s Break The Silence Campaign to end FGM reached over 10 million people through targeted media and social media campaigns. TINLF also trained more than 8,500 community members in Guinea and the United States on the dangers of FGM. Aissata also launched Break The Silence Week, featuring series of activities aimed at fostering conversation and action to end FGM. A leading strategic thinker and influencer, Aissata is devoted to fostering cross-sectional partnerships and sustainable impact through shared best practices and holistic community engagement.

Radha Sarma Hegde is Professor in the Department of Media, Culture and Communication at New York University. Her research and teaching focus on migration, media flows, globalization and transnational feminism. She is the author of Mediating Migration (Polity 2016), editor of Circuits of Visibility: Gender and Transnational Media Cultures (NYU Press, 2011), and co-editor of Routledge Handbook of the Indian Diaspora (2018). Her earlier work on gender identities and reproductive politics in south India include ethnographies conducted in south India on the subject of violence and motherhood. Her work has appeared in journals such as Communication Theory, Critical Studies in Media Communication, Feminist Media Studies, Violence against Women, Global Media and Communication. Radha serves on the editorial board of several major journals in the field of media and cultural studies. She is currently co-editor of the journal Feminist Media Studies.

"Digital Warriors": Women's Activism in a Global Context is supported by the Consulate General of Germany in New York.