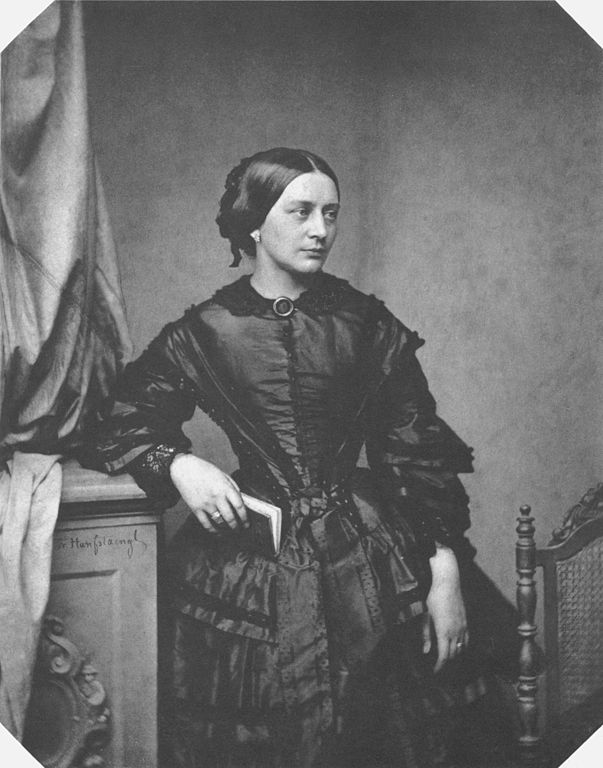 This evening, Deutsches Haus at NYU and the University Alliance Ruhr celebrate the 200th birthday of Clara Schumann (born in September 1819, in Leipzig, Germany) with a program of her works and those of her husband, Robert Schumann, Johannes Brahms, and Felix Mendelssohn. The relationship of Clara and Robert Schumann is one of the greatest romances in the world of classical music. It is a complicated story celebrating music, the role of muse, and love and marriage. Music was at the center of their relationship and their respect for and support of one another can be felt throughout their compositions. Their strong relationship and collaboration also influenced many of their friends and colleagues, especially fellow composers. Two such composers were Johannes Brahms (who became Clara's life-long friend and artistic collaborator) and Felix Mendelssohn.

Rebecca Grady Rucker (soprano) is equally comfortable on the opera and concert hall stage and has performed extensively throughout the New York and New Jersey area.  In opera and musical theatre, her most recent role was that of Gianetta in The Gondoliers with the Blue Hill Troupe. Other roles of note include Despina in Cosi fan tutte, Pamina in Die Zauberflöte, and the Beggar Woman in Sweeney Todd. As a featured soloist in many recitals and galas, Rebecca has had the opportunity to perform at Carnegie Hall, Radio Music City Hall, and Town Hall, as well as tour with Ray Davies of The Kinks and perform on the Late Show with David Letterman.

Brent Funderburk (piano) is being praised for his sensitive and nuanced accompanying, and hailed as one of the most promising collaborative pianists in the industry. Equally at home in opera, art song, instrumental repertoire, and vocal coaching, Brent Funderburk is known across the country as a respected recitalist, coach, and music director.

A passionate champion of art song, Brent Funderburk has served on the venerable faculty of the CoOPERAtive Program at Westminster Choir College for four consecutive years. In addition to his work with the young artists as a Master Coach, he inaugurated the program’s Alumni Recital Series. High in demand as an audition and competition pianist, he regularly supports singers from around the world as they perform for institutions including the Metropolitan Opera, Arizona Opera, Ravinia Festival, and the Music Academy of the West. In 2016, Brent Funderburk concluded an eight-month-tour of the Metropolitan Opera’s Rising Stars Concert Series. As pianist and music director, he and Met singers gave over 50 performances, workshops, and masterclasses at acclaimed universities and conservatories throughout the nation.

This event is fully booked. Thank you for your understanding and of course we would be happy to welcome you at one of our other events.