How We Live: The Future of Urbanity, Affordability and Mobility in the Modern Metropolis

Deutsches Haus at NYU and NYU's Urban Democracy Lab present “How We Live: The Future of Urbanity, Affordability, and Mobility in the Modern Metropolis,” a conversation among Christina Horsten and Felix Zeltner, the authors of “Stadtnomaden;" Sophie Gonick, Assistant Professor of Social and Cultural Analysis at NYU; urban anthropologist Libertad O. Guerra; and Michelle Young, founder of Untapped Cities, about the future of living in cities like New York and Berlin, tackling the looming questions of affordability, gentrification, and neighborhood revitalization. 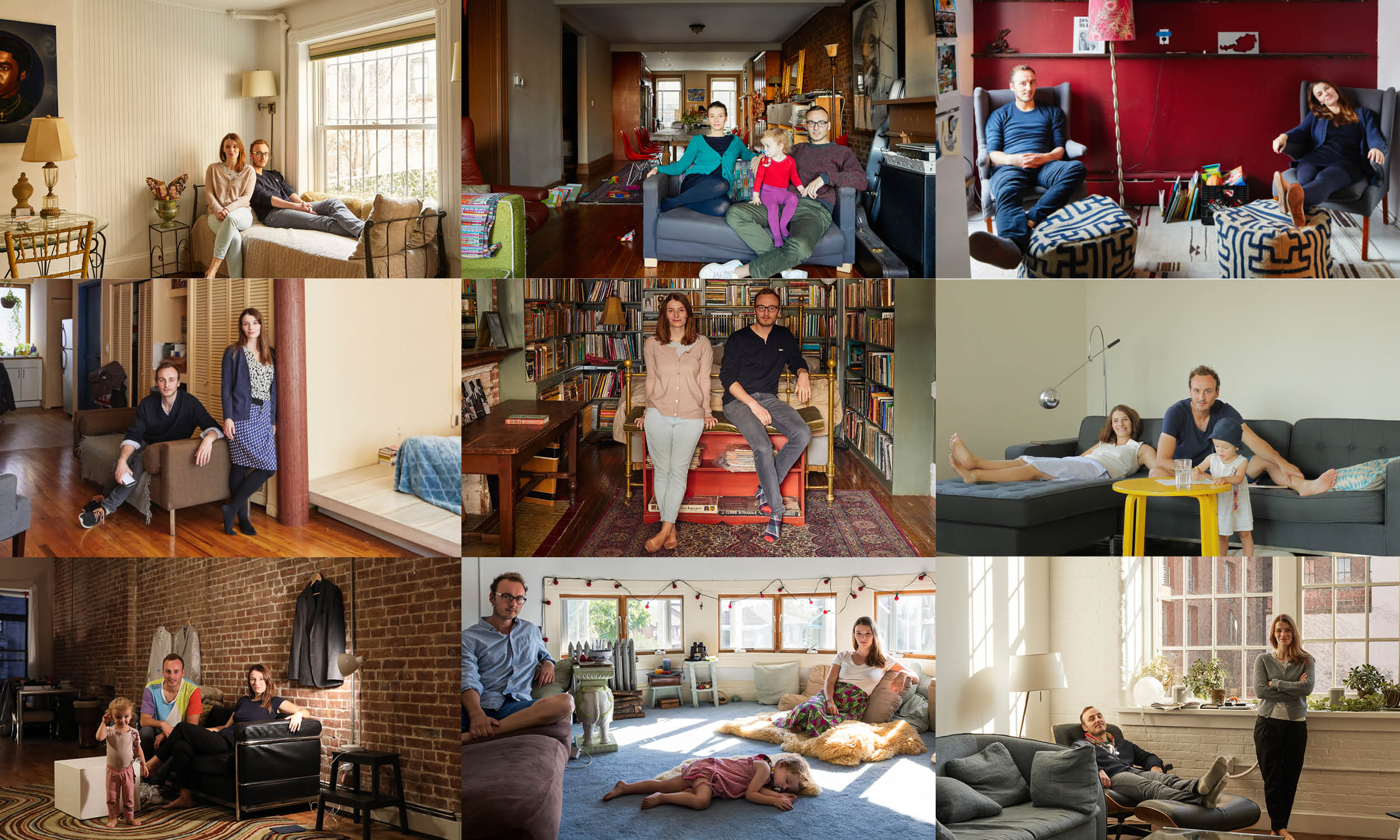 Leaving your comfort zone. Ridding yourself of dead weight. Re-discovering the center of your life—with a small child and two jobs in New York City, one of the most expensive cities in the world. At first, it’s just an adventurous idea. But then it turns into the adventure of a lifetime: Christina Horsten and Felix Zeltner decide to risk a housing experiment and move to a different apartment in a different neighborhood each month over the course of one year—and in doing so, they get to know both New York and their own life from a completely new side.

Sophie L. Gonick (moderator) is Assistant Professor of Social and Cultural Analysis at NYU with an emphasis on Global Urban Humanities. A scholar of urban planning and history, poverty, and race and gender, Gonick was educated at Harvard and the University of California, Berkeley, where she earned both a Master’s in City Planning (2010) and a Ph.D. (2015). Before joining SCA, she was an Assistant Professor/Faculty Fellow at NYU’s Center for European and Mediterranean Studies.

Libertad O. Guerra: urban anthropologist, curator, and cultural organizer / producer with 15 years of experience in arts management. Her academic research / symposia has focused on Puerto Rican, Latinx, and NYC’s social-artistic movements and cultural activism in im/migrant urban settings.  She led the community engagement process and study leading to the Loisaida Cultural Plan policy advocacy document, and got mentioned in the New York Times list of 10 Galleries to Visit Now on the Lower East Side. Her most recent exhibits include Pasado y Presente: Art After the Young Lords (Spring 2019),  Activists Estates: A Radical History of Property in Loisaida (currently on view), and got awarded the Lower East Side Community Hero Award (2019).  She is a longtime resident of Mott Haven in the Bronx where she is a co-founder of the environmental justice coalition South Bronx Unite and the Mott Haven/Port Morris Community Land Trust. She recently published SovereignTies: The Shared Sovereignty of Trust, Culture, and Land for FIELD Journal of Socially Engaged Art and Criticism.

Christina Horsten was born in New York and moved back there in 2012 to work as a correspondent for the German News Agency DPA. She grew up in Bonn, Prague, and Berlin, where she received her PhD from the Freie Universität.

Michelle Young is the founder of Untapped New York, a web-magazine and tour company about New York City's secrets and hidden places. She is a graduate of Harvard College in the History of Art and Architecture and holds a master’s degree in urban planning from Columbia University Graduate School of Architecture, Planning and Preservation, where she is an Adjunct Professor of Architecture. She is the author of Secret Brooklyn: An Unusual Guide, New York: Hidden Bars & Restaurants, and Broadway. Michelle appears regularly as a guest speaker in documentaries and at conferences on urban issues. She was recently featured on Netflix’s Stay Here and PBS’ 10 That Changed America.

Felix Zeltner is an award-winning journalist. As co-founder of the New York and Berlin-based company Work Awesome, he organizes conferences and workshops on the future of work all around the world. He was born and raised in Nuremberg and attended the German Journalism School in Munich.

"How We Live: The Future of Urbanity, Affordability, and Mobility in the Modern Metropolis" is funded by the DAAD from funds of the German Federal Foreign Office (AA).