Deutsches Haus at NYU presents a reading by the author and current writer-in-residence at Deutsches Haus at NYU, Theodora Bauer, from her recent novel Chikago, followed by a conversation with the acclaimed Germanist, writer, and mastermind of @neinquarterly, Eric Jarosinski. Theodora Bauer's novel follows the lives of three immigrants in early 20th-century America, exploring themes of hope and despair in the midst of social turmoil and personal tragedy. 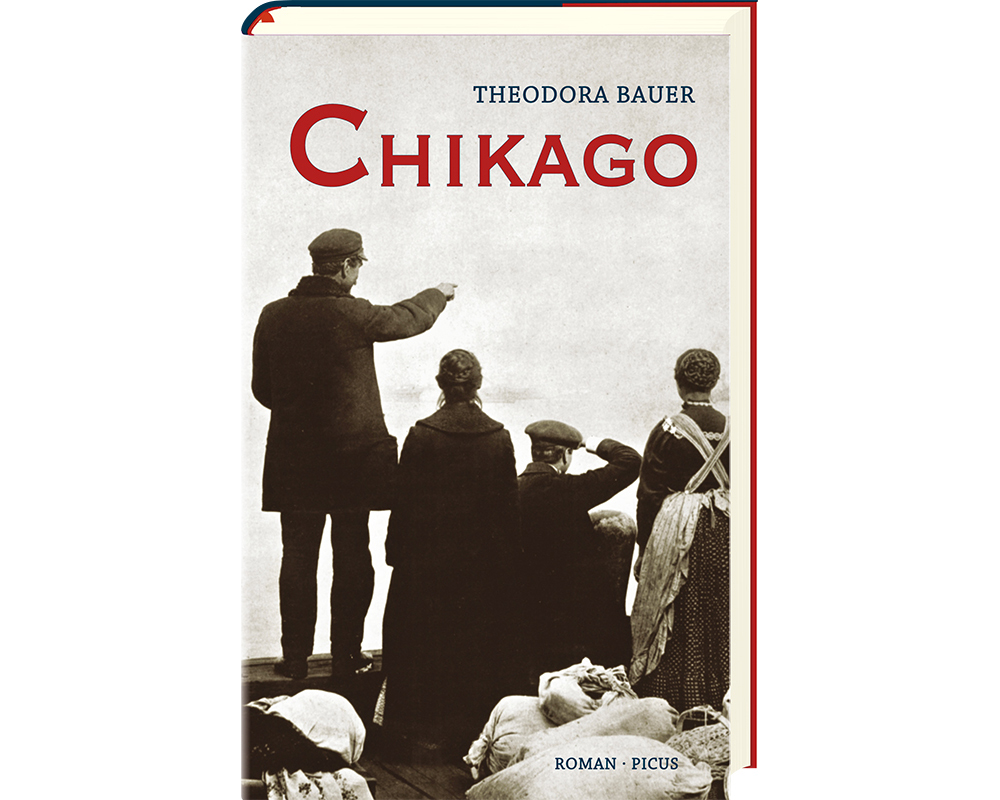 In the early 20th century, Feri and Katica live in a region along the newly-established border between Austria and Hungary, a region plagued by turmoil, upheaval, and above all, poverty. Especially for Feri, hope lies in America, where he wants to take the pregnant Katica. A tragedy and the brave intervention by Katica’s sister, Anica, turn the emigration plan into an escape, now they are three. Yet life in America is not as good as the three emigrants hoped. Katica dies giving birth to their child and Feri becomes an idle drunk. After Feri's death, Anica takes over the responsibility for little Josip…

Theodora Bauer breathes life into her protagonists, and adds realism to their story and tragedy and beauty to their fate in this great novel about the desire for a better life.

Born in Vienna in 1990, Theodora Bauer studied Philosophy (Bachelor) and Communication Science (Master) at the University of Vienna. Her debut novel Das Fell der Tante Meri (Aunt Meri’s Fur) was published in 2014, followed by her second novel Chikago in 2017, both with Picus Verlag / Vienna. Her plays have been represented by Verlag Schultz & Schirm / Vienna since 2016. Her play papier.waren.pospischil won the first prize at a competition called "Die Freiheit des Lachens" at Salzburg State Theatre (Salzburger Landestheater) in 2017 and premiered there in 2019. In 2018, Theodora Bauer was awarded a prize by the Burgenland Foundation Theodor Kery for Chikago and a scholarship for playwrights by the Austrian Ministry of Culture for a play that she is currently working on. She was nominated for the Alpha Literary Prize 2018 for her second novel. In 2019, she received a literary award from the City of Vienna. Theodora Bauer is co-hosting the show „literaTOUR“ on the Austrian TV station ServusTV.

"Chikago:" An Evening with Theodora Bauer and Eric Jarosinski is presented with the generous support of the Federal Chancellery of Austria.