The State(s) We're In: A New Age of Transatlantic Relations – Climate Change and Activism 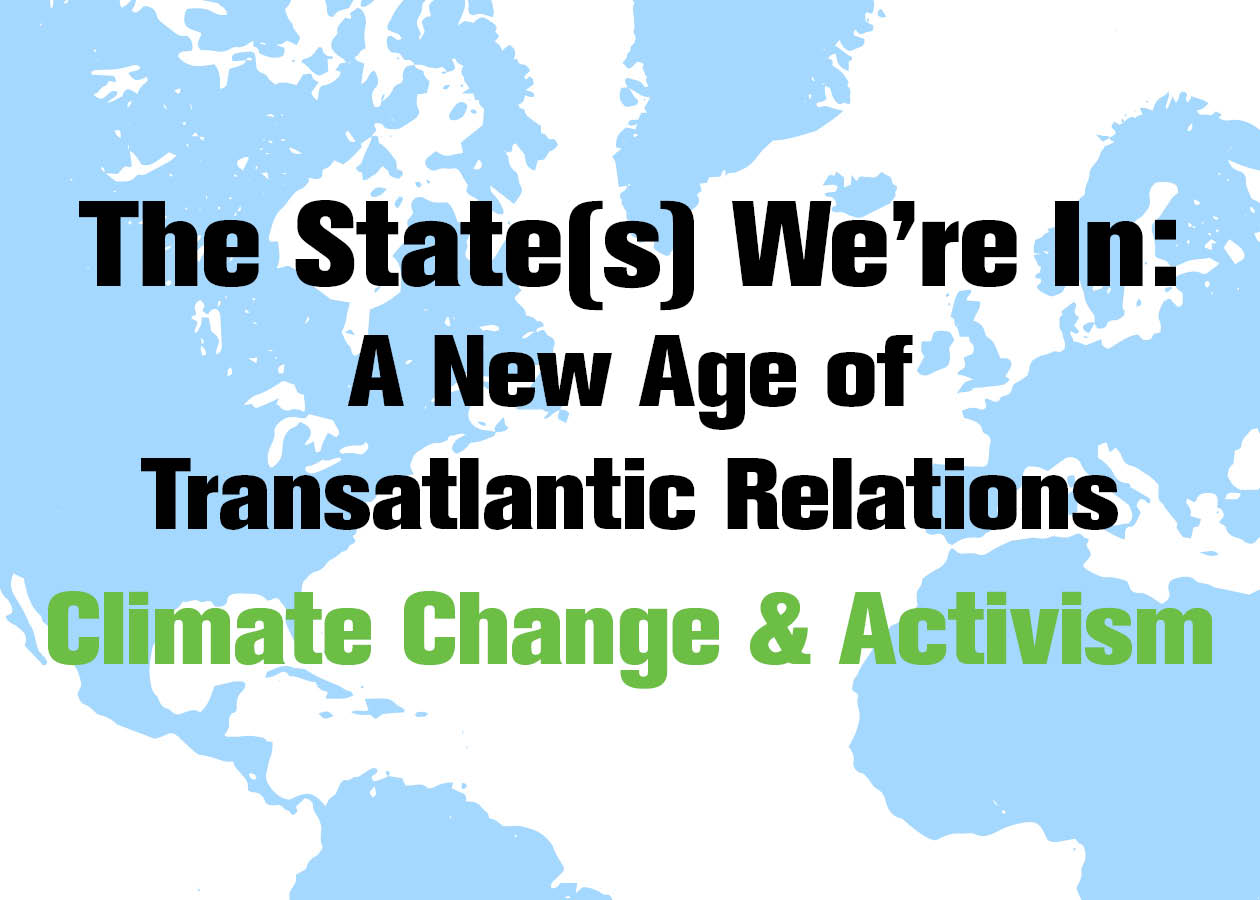 Deutsches Haus at NYU presents a conversation on "Climate Change and Activism" between Miranda Massie, the founder of the U.S.'s first museum on climate change; the artists Peggy Weil and Justin Brice Guariglia; and Elke Weber, Professor of Psychology and Public Affairs at Princeton University.

After decades of inaction, the effects of climate change and extreme weather surround us regardless of where we live. There is the distinct sensation confirmed by recent studies that the time to act on climate change is running out. This panel discussion will focus not only on the intersection of climate change and activism, but also on that of science and art. What role does and can the museum play as a location of cultural, political, and social change? Can a museum with its intellectual but also emotional appeal, convince visitors to be better advocates for the climate? How can one move visitors of such a museum to take the lessons learned and apply them to the reality at hand?

This discussion is part of "The State(s) We're In: A New Age of Transatlantic Relations," a series of six talks presented by Deutsches Haus at NYU that address an array of important topics that are currently intensely debated in both Germany and the United States, and are of political and sociopolitical relevance in both countries: threats to democracy; economic inequality and populism; migration and art; civil society and political engagement; climate change and activism; and educational policy and academic freedom.

Over the last two decades, the artist and environmental activist Justin Brice Guariglia (b. 1974) has developed a unique transdisciplinary art practice working in collaboration with scientists, philosophers, and journalists to explore the important ecological issues of our time. In 2016, Guariglia became the first artist to fly on earth science missions with NASA. His solo show Earth Works: Mapping the Anthropocene, which received an NEA grant, is currently on display at the Fisher Museum of Art at USC in collaboration with the Natural History Museum of Los Angeles. His work entitled “WE ARE THE ASTEROID” is currently on display in Storm King Art Center’s climate-focused show Indicators: Artists on Climate Change, and as a public art installation on the Chicago Navy Pier. Guariglia is a Howard Foundation Fellow at Brown University and an Artist-in-Residence at the Anchorage Museum and Woods Hole Research Center. He can be found on Instagram @justinbriceguariglia, Twitter @xjbgx and at his website: www.guariglia.com

Miranda Massie is the Founder and Director of the Climate Museum, which is finishing its first year of public programming having presented two exhibitions, In Human Time and Climate Signals, in addition to a range of other events. Previously, Miranda was Legal Director of the social justice organization New York Lawyers for the Public Interest (NYLPI), where she also served as Interim Executive Director. Before her time at NYLPI, she was a civil rights impact litigator, in which role she won professional honors including Fletcher Foundation and W.E.B. Dubois Institute Fellowships. Her board service has included the Center for Popular Democracy and a large Head Start organization serving the children of migrant farmworkers. She was a Wasserstein Public Interest Fellow at Harvard Law School and a Mentor-in-Residence at Yale Law School.  @ClimateMuseum (Instagram, Facebook, Twitter)

Elke U. Weber is a Professor of Psychology and Public Affairs at Princeton University where she holds the Gerhard R. Andlinger Professorship in Energy & the Environment and directs the Behavioral Science for Policy Lab. In her prior appointment at Columbia University, she co-directed the Earth Institute's Center for Research on Environmental Decisions and the Center for Decision Sciences. She is an expert on behavioral models of decision-making under risk and uncertainty, investigating psychologically and neurally plausible ways to model individual differences in risk taking and discounting, specifically in risky financial situations and environmental decisions. Weber is past president of the Society for Mathematical Psychology, the Society for Judgment and Decision Making, and the Society for Neuroeconomics. She has served on advisory committees of the U.S. National Academy of Sciences related to human dimensions in global change, and as lead author in Working Group III for the 5th and 6th Assessment Report of the U.N. Intergovernmental Panel on Climate Change (IPCC).

Peggy Weil is an artist whose works explore our relationship with our changing physical, digital, and sociopolitical landscapes. Her work is multidisciplinary, ranging from digital media, VR and games, to large-scale video projection and print.  Her series of Underscapes and Overscapes extend our view of the landscape to the deep time and deep space of climate change. 88 Cores, The Climate Museum’s inaugural exhibition in NYC, was featured at the United Nations for the Secretary General’s address on Climate Action in 2018.  Earlier work pioneered the use of digital media such as virtual environments and games for human rights and political redistricting. A graduate of Harvard University and MIT’s Media Lab, her work has been exhibited internationally including CURRENT: LA Water in Los Angeles; The Climate Museum in NYC, MMOMA in Moscow and LABoral in Spain. Currently, her 3D Wallpaper is on view at the Los Angeles County Museum of Art. More details can be found on her websites pweilstudio.com and underlawater.com.

"The State(s) We're In: A New Age of Transatlantic Relations. Climate Change and Activism" is supported by the Transatlantic Program of the Federal Republic of Germany with funds from the European Recovery Program (ERP) of the Federal Ministry for Economy and Energy (BMWi).