The State(s) We're In: A New Age of Transatlantic Relations – Migration and Art 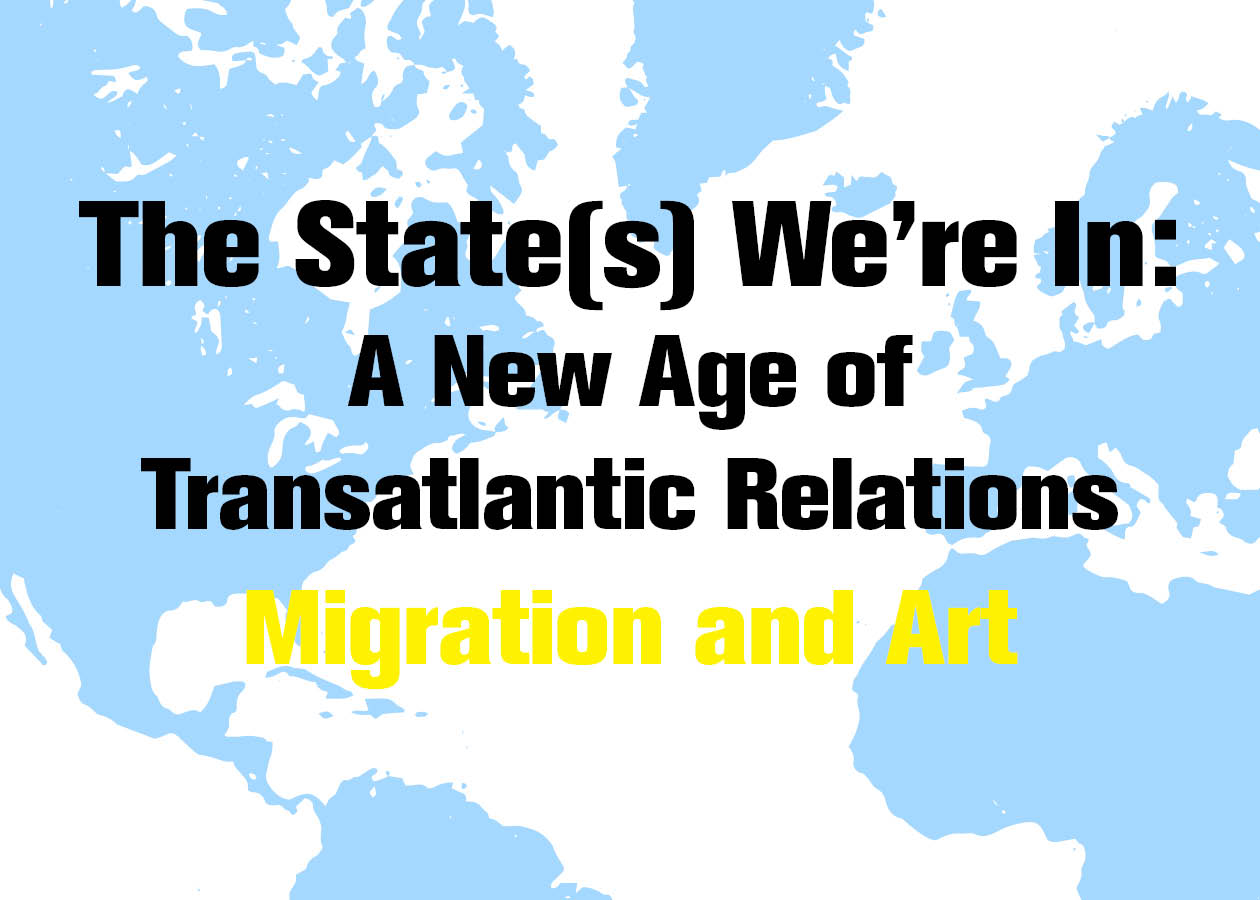 Deutsches Haus at NYU presents a conversation on "Migration and Art" among Silvia Fehrmann, Director of the DAAD's Artists-in-Berlin Programme; the artist Andy Graydon; the photographer Stefan Falke; Nathalie Anglès, the director of Residency Unlimited; and the journalist and writer Claudia Steinberg.

In the past two years, the issue of migration, borders, and walls has become ever more prevalent in the public discourse of both Europe and the United States. In the panel discussion "Migration and Art," acclaimed purveyors of culture who have voluntarily relocated will examine whether art transcends cultural and national boundaries, and reflect on how bringing their own talents and ideas into a different cultural context and initially foreign space has shaped their own artistic practice and general outlook.

Nathalie Anglès is co- founder and Executive Director of Residency Unlimited (RU). Nathalie Anglès studied history and political science and is a graduate of École du MAGASIN international curatorial studies program in Grenoble, (CNAC - Le Magasin - Grenoble France). From 2000-2008, she worked at Location One as the Director of the International Residency Program. Before moving to New York in 2000, Nathalie worked in Paris at  the Union Centrale des Arts Decoratifs (UCAD),  Ecole des Beaux Arts (ENSBA), and the American Center Sotheby’s (London). In 2008, Nathalie received the title of Chevalier of the Order of Arts and Letters from the French government.

German photographer Stefan Falke lives in New York City and works for international magazines, film studios, and corporate clients. He has published two books: “MOKO JUMBIES: The Dancing Spirits of Trinidad,” a photo essay about a stilt walking school in Trinidad, and “LA FRONTERA: Artists along the US – Mexican Border,” the result of an ongoing project for which he photographed over 200 artists who live and work on both sides of the 2000 miles long US-Mexico border. His work has been exhibited internationally in galleries, photo festivals, and museums.

Silvia Fehrmann is a literary scholar, translator and cultural manager. In January 2018, she took on the role of head of the DAAD’s Artists-in-Berlin Programme, one of the world’s most renowned scholarship programmes for artists working in the visual arts, literature, music and film. Fehrmann was formerly the deputy director of the Berlin-based Haus der Kulturen der Welt (HKW), which is a venue for contemporary arts and a forum for the public discourse. She is a spokesperson of the Rat für die Künste Berlin, an elected commission representing the Berlin´s cultural practitioners. She was born in Buenos Aires where she worked at the Goethe-Institut and taught at the university.

Working in film and video, sound, performances, and installations, Andy Graydon tracks the wayward lives of forms in the world, from morphogenesis to translation to decay. Interested in natural and social ecologies, and the role of listening and the voice, Andy Graydon’s work engages structures of music such as scoring, improvisation, collective emergence, and community. Andy Graydon is based in Cambridge, Massachusetts, and Maui, Hawai’i. His work has been presented internationally at the New Museum, Participant Inc, New York; Berlinische Galerie, Berlin; the Frye Art Museum, Seattle; Massachusetts Museum of Contemporary Art, Mass.; Honolulu Museum of Art, Hawai’i; Wroclaw Media Arts Bienniale, Poland; and others. Graydon has been artist in residence at the MacDowell Colony, New Hampshire; NKD Norwegian Artists’ Center, Norway; and the Center for Computer Music, Brooklyn College. Graydon received his MFA in Radio, Television, and Film from Northwestern University. Andy Graydon lived and worked in Berlin from 2008 to 2014, and taught sound art and photography at NYU Berlin from 2012 to 2014.

Claudia Steinberg left Cologne for New York in 1980, originally planning to stay for a year. Her decision to remain in New York was greatly influenced by her friendships and work relationships with German writers and artists who had fled Nazi Germany. When the wall between East and West Germany fell, longstanding political beliefs were put into question.  In the last decade, Claudia Steinberg has developed a keen interest in the US/Mexican border — as a journalist she grew fascinated with the complex and untamable town of Tijuana, which became the subject of several articles. She writes for taz, Die Zeit, Vogue, Tank Magazine and The Fabulist, among other publications.

"The State(s) We're In: A New Age of Transatlantic Relations. Migration and Art" is supported by the Transatlantic Program of the Federal Republic of Germany with funds from the European Recovery Program (ERP) of the Federal Ministry for Economy and Energy (BMWi). Additional support is provided by the DAAD.