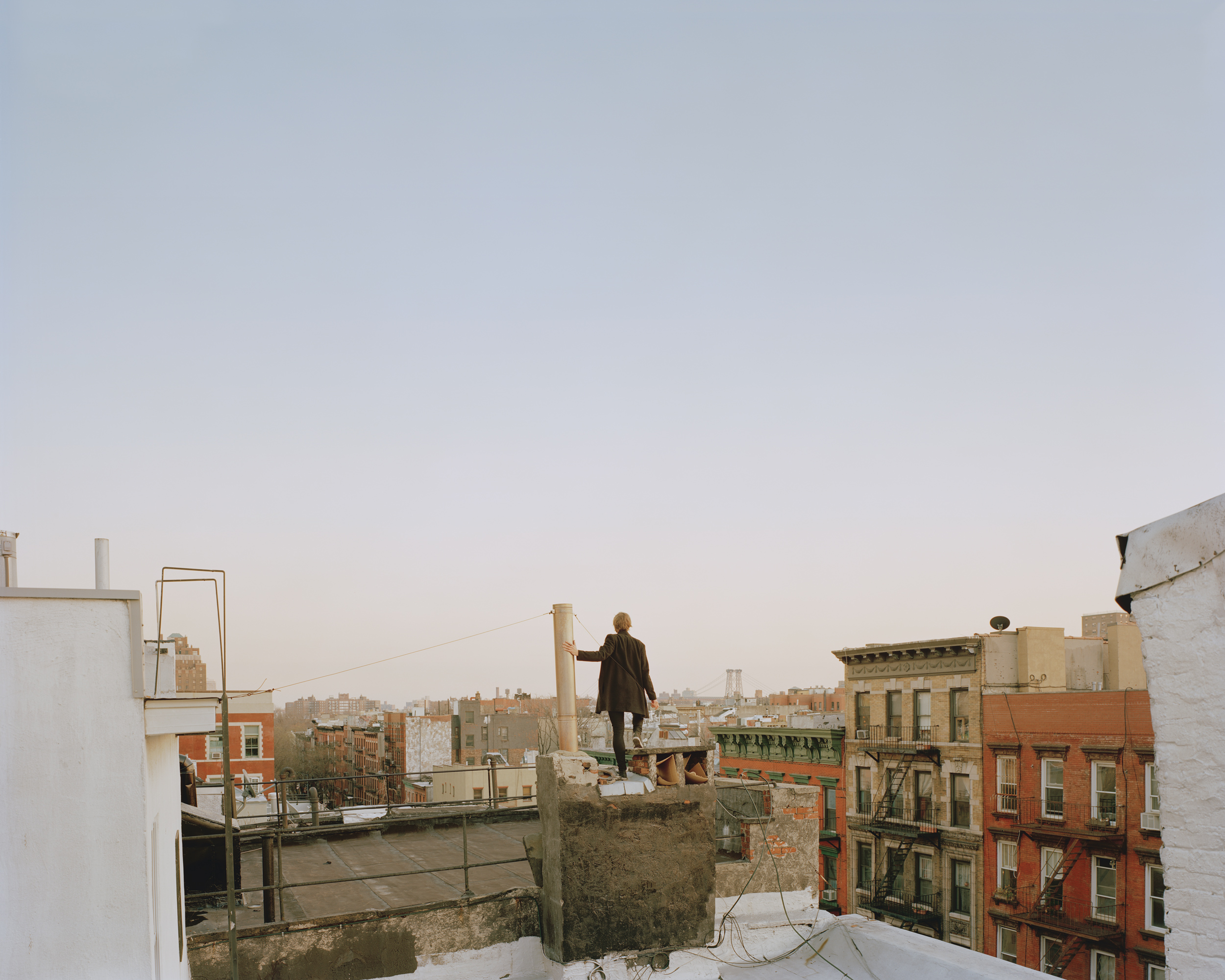 Deutsches Haus at NYU presents The Romantic Sublime, a photography series by Paul Gisbrecht, which will be on show through November 25. (Please note, the exhibition has been extended due to popular demand.) Please join us for the opening on Wednesday, September 6, from 6 to 8 pm.

The renowned 19th-century German artist Caspar David Friedrich painted figures silhouetted against vast landscapes, with their backs turned to the viewer as they contemplate the sprawling sea or fog-strewn mountains before them. This motif of witnessing the divine in nature is replaced with the individual experience of the modern city in a new exhibition at Deutsches Haus at NYU.

The Romantic Sublime showcases private views of the New York City skyline from the rooftops of peoples’ homes and offices. German artist Paul Gisbrecht references Friedrich’s classic landscape paintings by capturing figures from behind as they gaze out into the distance—a perspective that allows viewers to join the subjects and see what they see.

Paul Gisbrecht’s photographs draw inspiration from a childhood experience when he climbed atop an elevated platform and was so transfixed by the spectacular cityscape view that he lost consciousness and fell, only to wake up in the hospital with a broken arm. “I was blinded and struck down by the view,” he remembers.

Curator Yinzi Yi notes a similar effect in Gisbrecht’s work: “The New York cityscape is so grand that its immensity somehow amounts to a velocity. It approaches you in a split second, more swiftly than what your perception could manage.”

The photographs were taken while the sunlight veiled the city with a subdued luminosity, creating a calm and muted atmosphere. The contrast between the distant image of the city and the dilapidated rooftops in the foreground raises questions about the sustainability of western models of urbanization, charging his photgraphs with paradoxical notions of hope and futurity on the one hand, and abandonment and morbidity on the other.

The Romantic Sublime will be on display at Deutsches Haus at NYU through October 28.

Paul Gisbrecht is a Soviet Union-born German artist. He was a DAAD grant holder and received his MFA in Fine Arts from Pratt Institute. Amongst other awards, Gisbrecht has received the Sony World Photography Award, the German Young Photographers Award and the Hasselblad Masters Award. Gisbrecht works in photography, video, sculpture and installation. He is currently living and working in Brooklyn, New York.