CANCELLED: The European Central Bank between Financial Crisis and Populisms

*** Due to recently announced university-wide Coronavirus-related measures, this event has been cancelled***

Image of the Blockupy Movement in Frankfurt 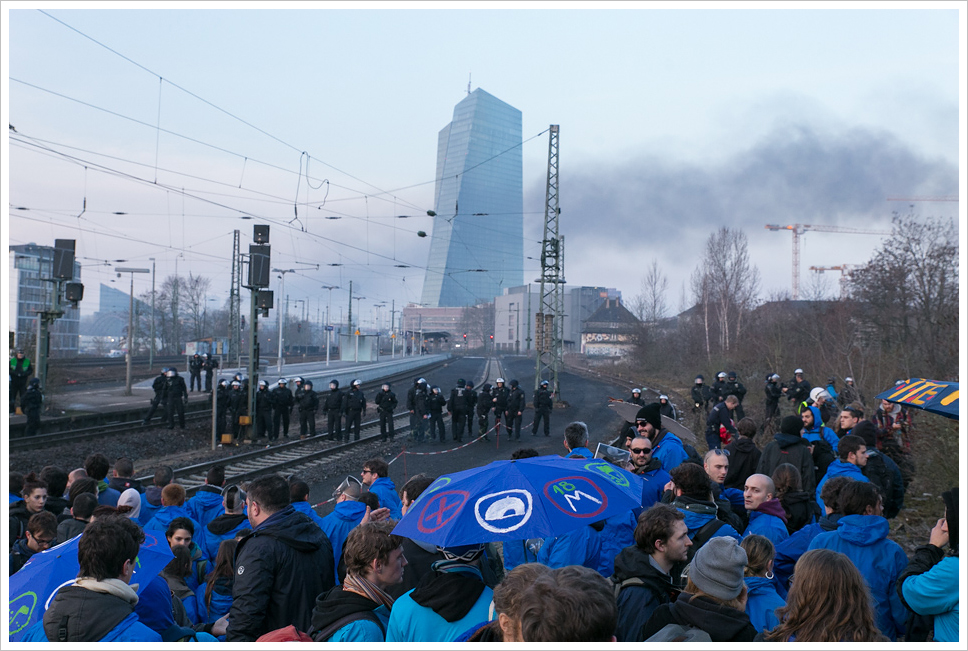 The event will present the main theses of a new book on the European Central Bank. In light of the handover from European Central Bank President Mario Draghi to Christine Lagarde in November 2019, it provides an in-depth analysis of the events which unfolded since the euro area sovereign debt crisis in 2010 up until today. The conversation will focus on the far-reaching implications of the changes of the last decade, shedding light on the political, economic, and financial aspects of the European poly-crisis and how monetary policy reacted to these challenges. Particular emphasis is given to the tensions that the supranational central bank was subject to during this period, and on their outcomes in terms of the policies, their legitimacy, and their public reception. Besides understanding the political implications of the past crisis the discussion will also tackle what is next.

Claudia Wiesner is Professor for Political Science at Fulda University of Applied Sciences, Germany, and Adjunct Professor in Political Science at Jyväskylä University, Finland. She also holds the Jean Monnet Chair. In spring 2020, she is DAAD Visiting Scholar at New York University. In spring 2019, she was Visiting Fellow at the Minda de Gunzburg Centre for European Studies at Harvard University, USA. Previously she was Acting Professor for Comparative Politics at Hamburg, Bochum, and Marburg University. She has also been a Visiting Fellow at the Robert Schumann Centre for Advanced Studies at the European University Institute (EUI) and the Berlin Social Sciences Centre. Her primary research interests lie in the comparative study of democracy, political culture, and political sociology in the EU multilevel system. She chairs the ECPR Standing Group “Political Concepts,” has led several research projects and international cooperation networks, and was visiting fellow at universities in the U.S., France, Finland, Greece, and Spain.

Sebastian Diessner is a Max Weber Fellow at the European University Institute (EUI) in Florence, Italy, and a Visiting Fellow at the LSE European Institute. He holds a research stipend from the Fritz Thyssen Foundation and completed his doctorate at the LSE with a thesis on the political economy of central banking in Europe and Japan. His research on central bank independence and accountability has been published in edited volumes and peer-reviewed journals including the Journal of Common Market Studies and Socio-Economic Review. He co-authored a recent policy report on the accountability of the ECB towards the European Parliament, titled From Dialogue to Scrutiny, which was presented to the Parliament in 2019.

"The European Central Bank between Financial Crisis and Populisms" is funded by the DAAD from funds of the German Federal Foreign Office (AA).