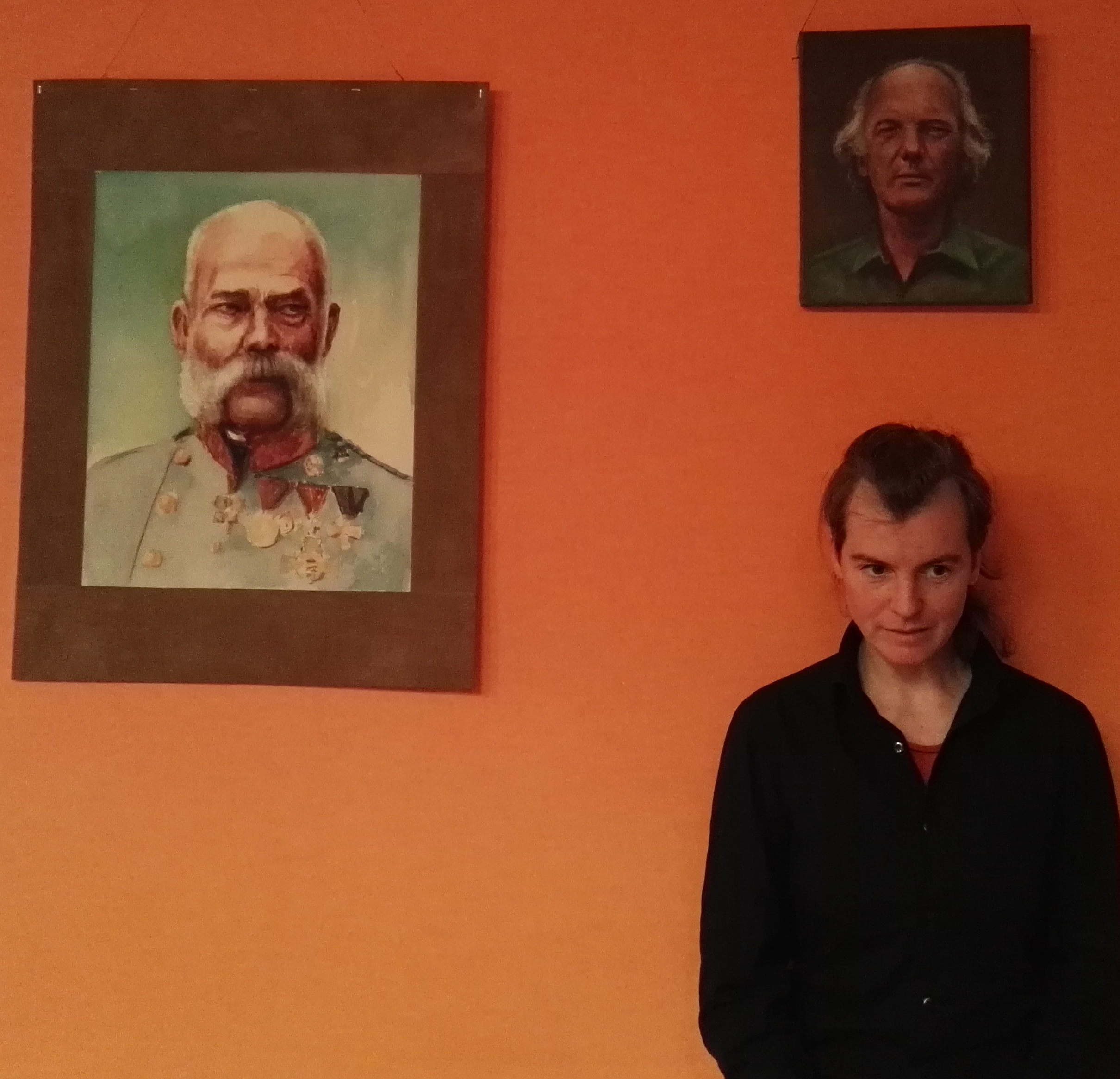 Ann Cotten will offer a short introduction to her varied works of theory, poetry, and prose in German, as well as the small selection available in English. Sketching how her bilinguality may actually stand in the way of translation shows up some absurdities or rather, dangerous asynchronies in the continued discourses (and literary industries) of nationality in a global and transnational age. The readings will be accompanied by a conversation with Ulrich Baer about Cotten's distrust of the so-called great; interculturality as a "sado-masochistic" relationship; and other topics.

Ann Cotten, born in 1982 in Iowa, grew up in Vienna, Austria, where she studied German-language literature while working various jobs. In 2006, she moved to Berlin. Her first book of poems Fremdwörterbuchsonette consisted of 78 double-sonnets in a hairpin formation, which surprised the German poetry scene. She published her diploma thesis on concrete poetry (Nach der Welt, Klever Verlag 2008), a second book of poetry and prose ostensibly written by a palette of characters and reviewed by aliens (Florida-Rooms, Suhrkamp 2010) and a first book in English with the visual artist Kerstin Cmelka: I, Coleoptile (Broken Dimanche Press, 2011). With Monika Rinck and Sabine Scho, she irregularly performed the "Rotten Kinck Schow", an experimental theory revue. In 2013, Der schaudernde Fächer (The Quivering Fan) came out: a collection of short stories with erotic, philosophical and political content, which is true also of the thinner poetry collections Hauptwerk. Softsoftporn and Rein – ja oder nein?. Much time was wasted on an attempt to develop mnemotechnical poetry to deal with Japanese Kanji; some of the resulting texts are collected in Jikiketsugaki. Tsurezuregusa (Verlag Peter Engstler, 2017). 2016 saw the publication of the dystopian epic poem "Verbannt!". A second English language publication, Lather in Heaven, was published in 2017 by Broken Dimanche Press, with photography by the author. Fast Dumm (Starfruit Press, 2017) collects essays on the United States, "Was Geht" (Sonderzahl, 2018) was a poetics lecture on walking and literature. Her most recent work is a collection of speculative fiction pieces named, after the freeze-drying technique, Lyophilia (Suhrkamp 2019). Currently she is doing research in preparation for a doctoral thesis on stylistic and conceptual history of writing about cognition.

Ulrich Baer is a University Professor at New York University and has published extensively on the representation of personal and collective trauma in literature, film, photography, and public debate. His books include We Are But a Moment; Remnants of Song: The Experience of Modernity in Charles Baudelaire and Paul Celan; and, as editor and translator, The Dark Interval: Rilke’s Letters on Loss, Grief and Transformation. His podcast, "Think About It," is devoted to in-depth conversations on powerful ideas and great books. His most recent book, What Snowflakes Get Right: Free Speech, Equality and Truth in the University, was published by Oxford University Press in October 2019.

"Short of Gefriertrocknung. Diesseits von Lyophilia: An Intercultural Dialogue between Ann Cotten and Ulrich Baer" is funded by the DAAD from funds of the German Federal Foreign Office (AA).