*** Due to recently announced university-wide Coronavirus-related measures, this event has been cancelled***

Deutsches Haus at NYU and University Alliance Ruhr present a discussion among Courtney Bender (Columbia University), Martin Radermacher (Ruhr-University Bochum), and Avinoam Shalem (Columbia University) on the evolution of religious architecture in New York City and the Ruhr area and the transformations in society that drive these changes in the urban landscape. 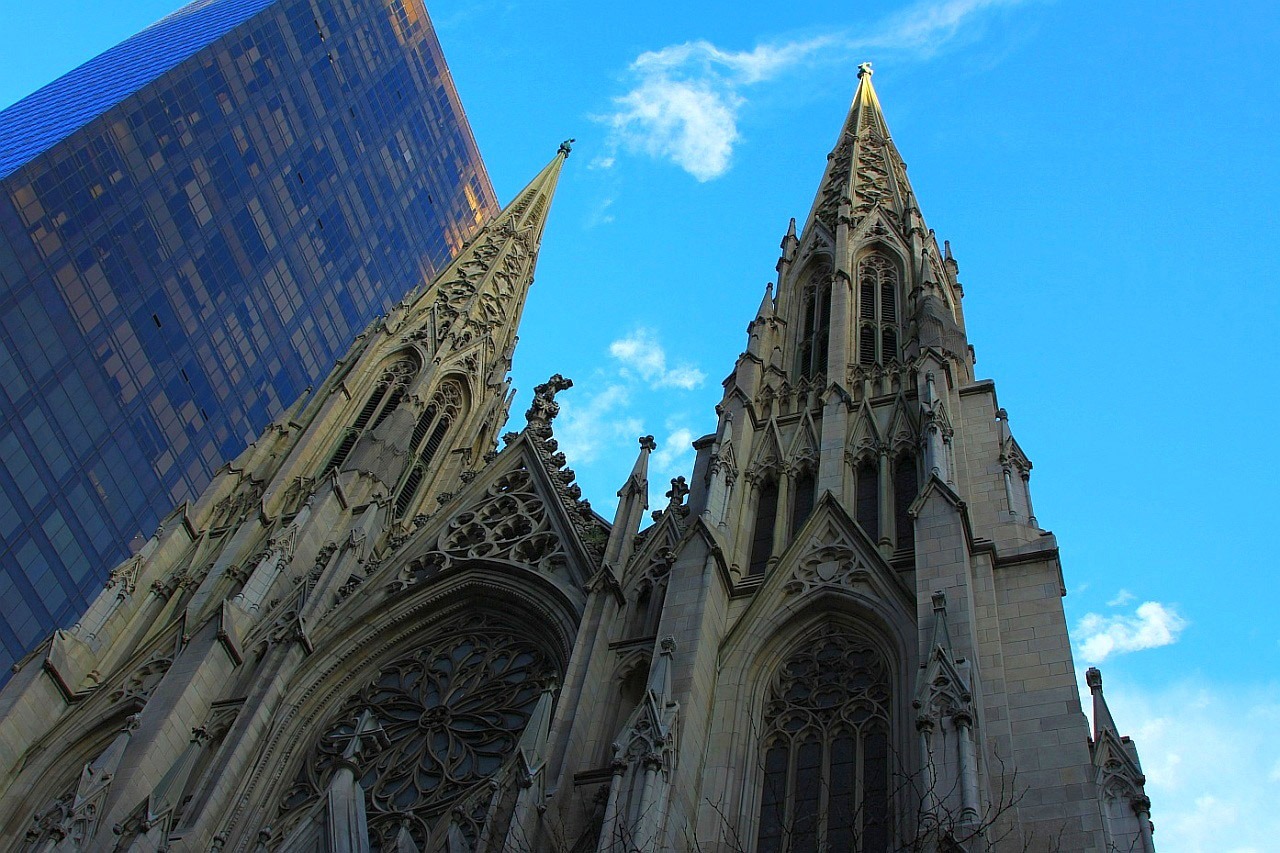 The architectural presence of places of worship such as synagogues, churches, or mosques is often taken for granted due to its material persistence. Nonetheless, in contested urban space religious communities often need to make and claim space, keeping up with transformations of their urban environments and societal contexts. While in cities such as New York religious plurality seems self-evident, the position of built religion is not at all straightforward. Real estate decisions, for example, always carry theological and religious valences. In Germany’s metropolitan Ruhr area, massive demographic and societal transformations have affected religious diversity and the ways in which religious actors interact with each other in the urban space. But the current landscape of built religion on both sides of the Atlantic is not merely a result of demographic and real estate developments. The construction of new mosques, a reorientation in synagogue architecture, the sale, demolition or reuse of former places of worship have all contributed to a changed visibility of religious architecture and its place in contemporary urban areas. Religious studies and art history experts from New York and the Ruhr area will take a comparative look at the material forms of religious traditions in contemporary urban space and discuss the social and cultural context from which these religious architectures have evolved.

Courtney Bender is Professor of Religion at Columbia University. A sociologist and scholar of religion, she is the author and editor of books and articles on topics related to religious practice and interaction in public life, with a particular focus on urban settings. She has written on spirituality and secularity in America, the politics of religious pluralism and the freedom of religion, the architecture and art of American religious modernism, and lived religious practices in multi-religious urban settings.

Martin Radermacher is currently acting chair for the study of religion at the Center for Religious Studies (CERES), Ruhr University Bochum (Germany). His research interests include material religion, religious architecture and atmosphere, and Evangelical and Catholic Christianities in Europe and the U.S.

Avinoam Shalem (moderator) is the Riggio Professor of the arts of Islam at the Columbia University in the city of New York. His main field of interest is in medieval artistic interactions in the Mediterranean, medieval aesthetics, and the modern historiography of the field. He has published extensively on varied topics concerning intercultural exchanges within and between the world of Islam and Europe. His current book project, “When Nature Becomes Ideology,” critically explores the varied approaches of the ‘landscaping’ and curating of the rural landscape of Palestine since 1947.

"Religious Architecture in the City: Transatlantic Perspectives" is sponsored by the DAAD with funds from German Federal Foreign Office (AA).