Germany, Corona, and the State of Exception

Deutsches Haus at NYU and NYU's Center for European and Mediterranean Studies present "Germany, Corona, and the State of Exception," a conversation among Christiane Lemke, Professor of Political Science at the Leibniz Universität Hannover; Claus Leggewie, Ludwig Boerne Professor at the University of Giessen; and Christian Martin, current Max Weber Chair in German and European Studies at NYU. To comply with social distancing requirements, this conversation will be hosted online as a Zoom webinar. 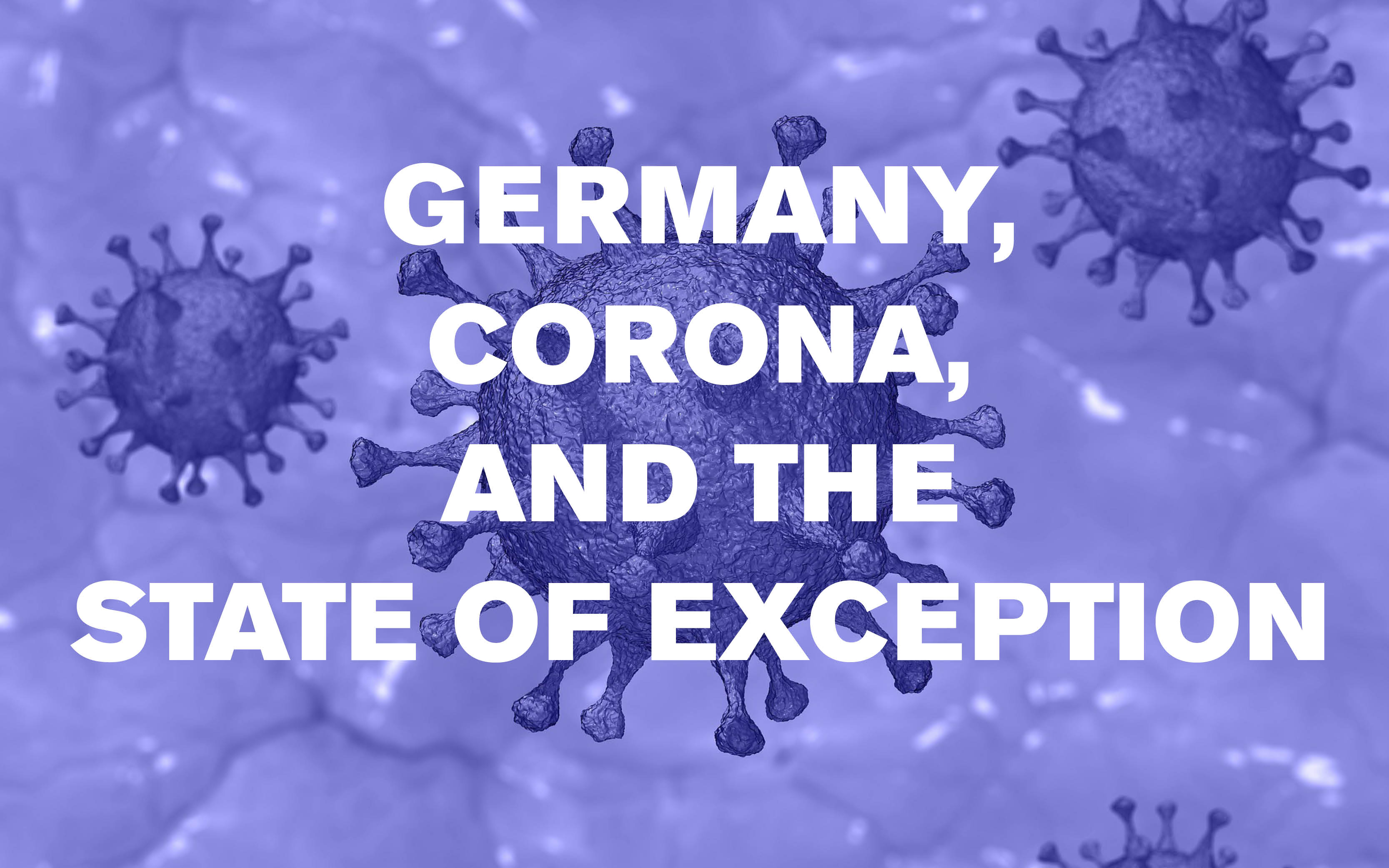 Like elsewhere, public life in Germany has been shut down since mid-March. Now the country is trying to re-open parts of its economy. In this panel discussion, we will take stock of how Germany is faring during the Corona virus outbreak and relate the current crisis to the more general topic of the state of exception.

Christiane Lemke is a professor of international relations and European studies at Leibniz University Hannover. She received her Ph.D. from the Free University in Berlin and went on to earn her Habilitation venia legendi in Political Science from the same institution. Her research interests include the creation of norms and customs in global governance. She has been Visiting Krupp Chair at Harvard University, DAAD Professor at the University of North Carolina at Chapel Hill, and Distinguished Visiting Professor at Suffolk University. In addition, while on leave from Leibniz University Hannover from 2006 to 2007, she served as Director of State Parliament in Lower Saxony, Germany. From 2010 to 2014, she was the holder of the Max Weber Chair in German and European Studies at NYU.

Claus Leggewie holds the Ludwig Boerne Professorship at the University of Giessen (Germany). Until recently he was the director of the Institute for Advanced Studies in the Humanities (KWI) in Essen. 1995-1998 he was the first incumbent of the Max Weber Chair at New York University where he received the Volkmar Sander Prize in 2016. His most recent book is "Jetzt! Opposition, Protest, Widerstand" (Now! Opposition, Protest, Resistance).

Christian Martin (moderator) is a professor of political science at the University of Kiel, Germany. He currently holds the Max Weber Chair in German and European Studies at New York University. In his research, Christian is mainly interested in the politics of globalization, the electoral success of the far right AfD and the demise of social democracy.

"Germany, Corona, and the State of Exception" is funded by the DAAD from funds of the German Federal Foreign Office (AA).