CALA Spring 2020 Film Series: "Your Voices, Your Votes: Activism around the World"

As part of the CALA Spring 2020 film series "Your Voices, Your Votes: Activism around the World,” the NYU Center for Applied Liberal Arts and Deutsches Haus at NYU present a screening of the film The Edukators (2005), directed by Hans Weingartner. The introduction will be held by Marie-Luise Goldmann. 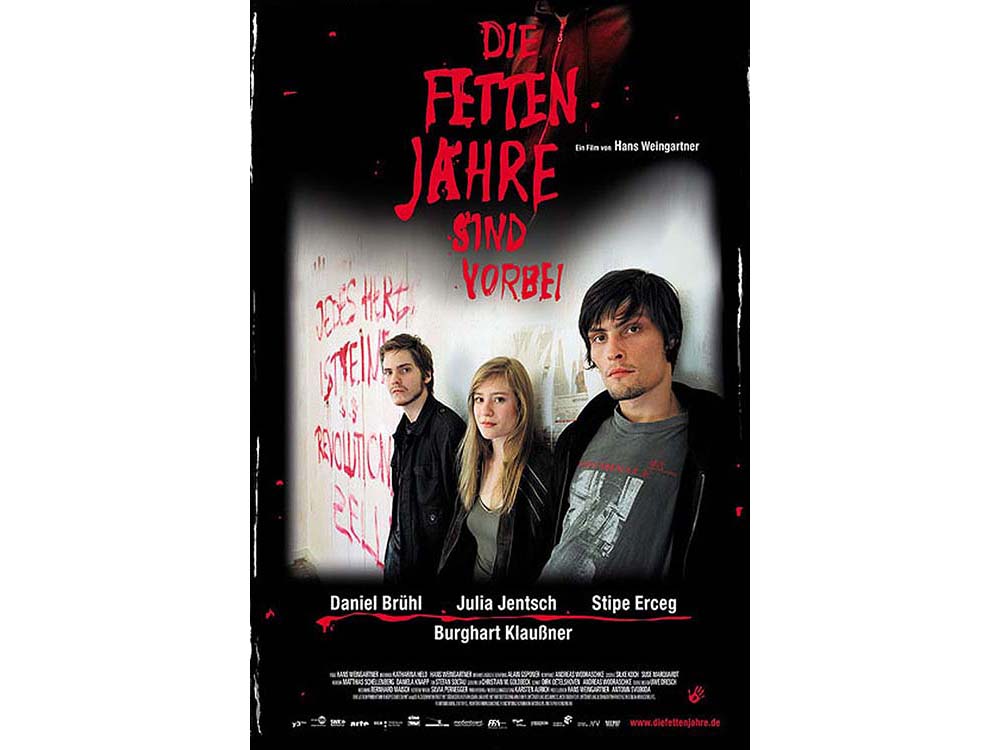 Berlin student Jule is hopelessly indebted due to an accident she caused, hitting a rich businessman’s limousine while uninsured. Evicted from her flat she moves in with her boyfriend Peter and soon learns that Peter and his roommate, Jan, are breaking into luxurious mansions at night. Instead of stealing or vandalizing, though, they carefully and ornately rearrange furniture and valuables and leave obscure messages. Jule convinces Jan, who has a crush on her, to pay a visit to the villa of her creditor.

Marie-Luise Goldmann completed her B.A. in Philosophy and German Literature at Humboldt University of Berlin with a thesis on Kant’s conception of character. Before joining NYU Department of German's doctoral program in 2015, she studied one semester at NYU's Department of Philosophy as a recipient of the DAAD Promos scholarship. Her research interests include 19th century literature, German realism, theories of the novella, and poetics of knowledge. She has conducted courses for NYU's Department of German and Deutsches Haus, as well as for the University of Zurich's German Department and the LMU Munich’s Department of Comparative Literature, both in German and in English. In 2018, Marie-Luise Goldmann was awarded NYU’s Outstanding Teaching Award for her outstanding instruction of German language courses. While regularly presenting her research at national and international conferences, she has co-organized the NYU graduate conferences "Becoming Epistolary" in 2017 and "Sisterliness" in 2018. Furthermore, she is the recipient of the Mainzer Summer Fellowship. In addition to her academic work, Marie-Luise Goldmann has written articles for German national newspapers such as Die Welt, Welt am Sonntag, Philosophie Magazin, and the Zeit-Verlag. Since 2015, she has been a co-editor of the German literary magazine, Metamorphosen.

About the CALA film series:

As the U.S. presidential election rapidly approaches, this series focuses on the state of democracy and democratic values around the globe. Through four powerful international films, we examine the critical importance of individual and collective political engagement across various issues. We consider how shifting the boundaries of our democracies can allow for the inclusion of a greater array of voices. And we remind ourselves that liberty can never be taken for granted.

With RSVP, this event is free of charge. If you would like to attend, please register here. As space at Deutsches Haus at NYU is limited, please arrive ten minutes prior to the event. Thank you!

CALA Spring 2020 Film Series: "Your Voices, Your Votes: Activism around the World” is funded by the DAAD from funds of the German Federal Foreign Office (AA).