"Kafka With Wings:" An Evening with Daniela Emminger and Liesl Schillinger

Deutsches Haus at NYU presents a reading by the author and current Max Kade writer-in-residence at Deutsches Haus at NYU, Daniela Emminger, from her recent novel Kafka with Wings, followed by a conversation with writer Liesl Schillinger. Daniela Emminger's novel follows a woman's search for her long-lost Kyrgyz friend, exploring the history and culture of Kyrgyzstan while delving into themes of loss and discovery, friendship and love. 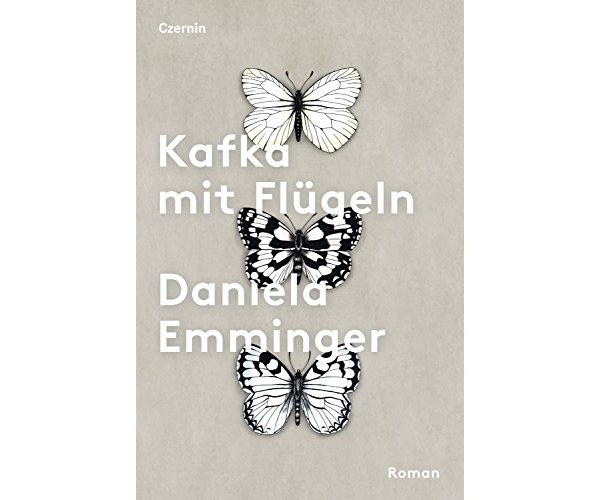 A powerful story about searching, finding and getting lost; about genius and insanity; about friendship and love. In Kafka with Wings, Austrian writer Daniela Emminger captures the nuances of the nation of Kyrgyzstan; its inhabitants, peculiarities, and vivid natural landscape. In Austria in the 1980s, a Kyrgyz boy named Samat makes friends with a girl named Sybille, then disappears without a trace, leaving her behind. After 25 years of wondering what has become of him, she comes across a trove of unopened letters Samat had sent her after his departure and decides to set out to find her former soulmate. A wild hunt ensues as Sybille journeys through Kyrgyz history and the culture clash of the present, guided by fragments of Samat’s cryptic letters. Driven by hope and despair, love and obsession Sybille and Samat cross paths again, discovering their own proverbial wings in a Kafkaesque transformation.

Born in 1975 in Upper Austria, Daniela Emminger has lived and worked as a writer and freelance journalist in Vienna since 2008. Before that, she studied journalism & communication science in Vienna, worked as a copywriter in Berlin and as an editor in Lithuania and Latvia. She received various scholarships and awards and is the author of several books. She was on the longlist of the Austrian Book Prize 2016 with Gemischter Satz and participated with her most recent novel Kafka mit Flügeln 2019 at the Festival for Literature in NYC & Washington. In autumn 2019 her first theatre-play Zirkus.Braunau – a political piece about the latest right-wing-populistic tendencies within Europe – was published, the book-version will follow in 2020.

Liesl Schillinger is a literary critic, writer, and translator, and teaches journalism and criticism at the New School in New York City. Her articles have appeared in the New York Times, The Atlantic, Foreign Policy, the New York Review of Books, the New Yorker and other publications, and her translations (from German, French, and Italian) have been published by Penguin Classics, Viking, Tin House, and Words Without Borders. She is the author of Wordbirds: An Irreverent Lexicon for the 21st Century, and in 2017 was named a Chevalier of the Ordre des Art et des Lettres of France.

"Kafka with Wings": An Evening with Daniela Emminger and Liesl Schillinger is presented with the generous support of the Max Kade Foundation and sponsored by the DAAD with funds from German Federal Foreign Office (AA).