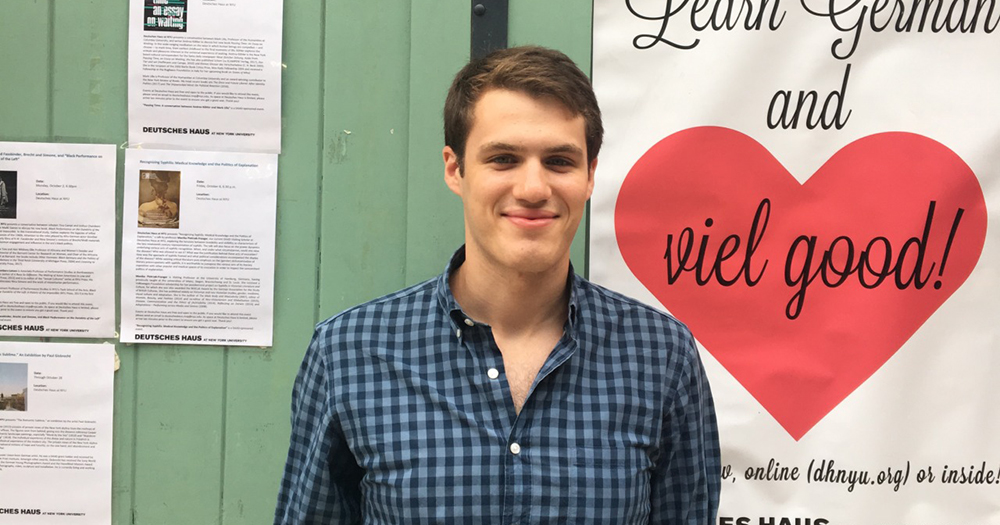 Hello! I’m Samuel and am interning this fall at Deutsches Haus at NYU’s Language Program, where I will be helping out primarily with our language classes for children. I received my Bachelor’s Degree in May from Columbia University with a double major in Philosophy and German Literature & Cultural History. Having spent the past two summers living and studying in Berlin, I have been inspired to pursue a Master’s Degree in Germany next year studying German Literature. I was born and raised in New York City and took my first German class at Deutsches Haus at NYU, so it is a great pleasure to work here now and spread my love of the German language and culture to my fellow New Yorkers. I am particularly looking forward to helping children learn and improve their German, as I believe that doing so will subsequently grant them access to an extraordinary world of music, literature, and philosophy.