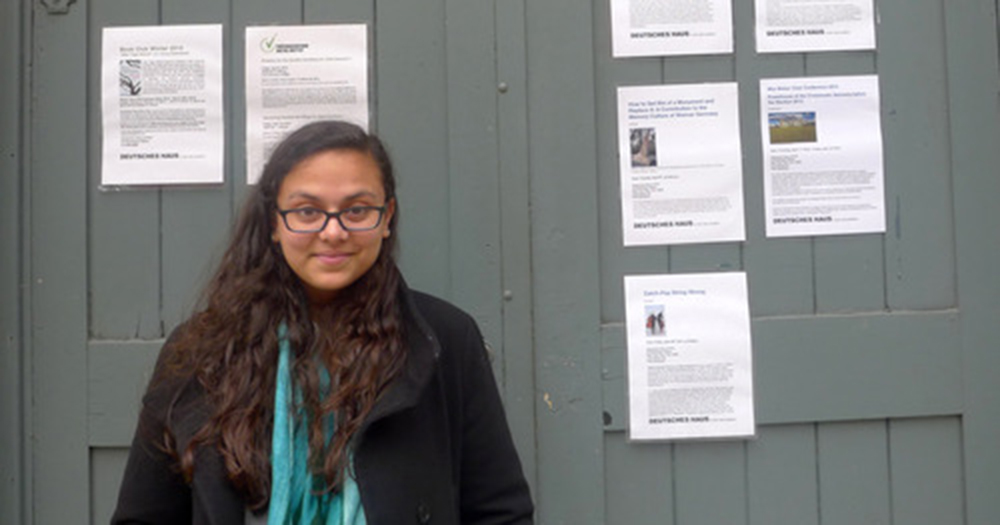 My name is Rohini and I am a prospective German major, perhaps with a minor in Comparative Literature, although I have yet to make a concrete decision. I started learning German quite by chance; I am generally interested in languages and wanted to start learning a new one at NYU. I had taken an interesting class in which most of the texts were originally in German, so I decided to pursue the language. I moved to New York in 2010, before which I spent most of my life in New Delhi, India. I have yet to visit Germany but intend to take a semester abroad in Berlin sometime next academic year. My first experience with Deutsches Haus was last summer when I took some classes here, after which I decided to apply for a student worker position.