Maria Litvan joined Deutsches Haus in June 2011. She arrived at Deutsches Haus after having worked as project manager for the Catalan Center, also at NYU. Maria is currently pursuing an M.A. at Gallatin, School of Individualized Study, with a concentration on mysticism and performing arts. She is a theater maker, with a strong background in video and film. 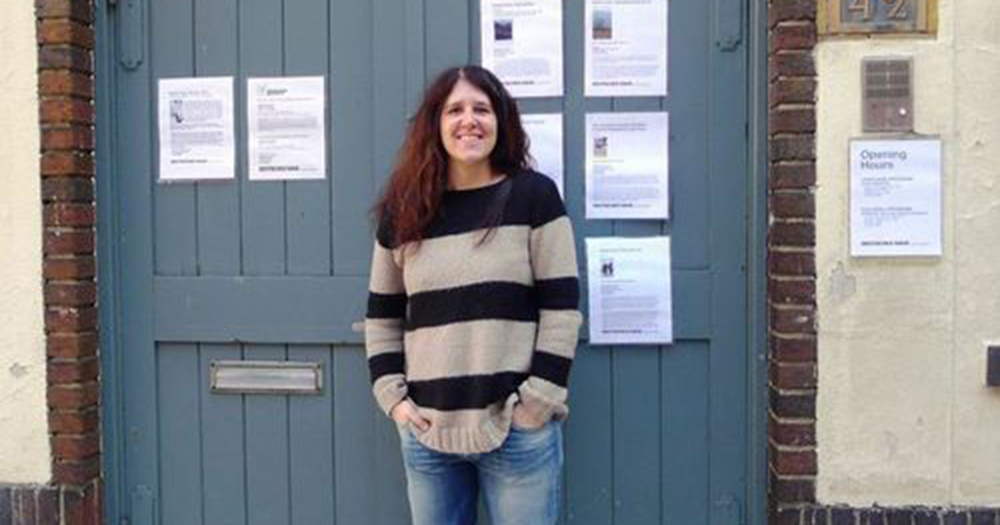 1. How would you describe Deutsches Haus to people who have never been here in three sentences?

2. Do you have a personal connection to Germany?

Now I do :), and I already had some very close friends from Germany before I started at DH.

3. Where do you see the differences between Germans and Spaniards?

Well, that is a tricky question because first of all, Deutsches Haus is in New York, thus most of the people who work here are by now also New Yorkers. Then, there are three different nationalities within Deutsches Haus, and probably one of the most fascinating things for me while working here has been discovering the differences among the German-speaking countries! Thirdly, I have to say that there are also various cultures within Spain…

4. Being a Spanish native speaker, working in a German-speaking surrounding and communicating in English – is this language switch sometimes difficult?

I am actually quite used to switching languages. I grew up in Barcelona where people alternate between Catalan and Spanish within the very same conversation. And I have been living in NY for 15 years already, where you are constantly exposed to different languages all the time.

5. . What are your favorites tasks at Deutsches Haus?

I really like the people working here. There is a very friendly and inspiring flow among the team.

6. You have been in New York for several years now, what was your motivation to live and work in New York?

I came here at 16 for one weekend and fell in love with the energy of the city. I decided to come back once I would finish High School, and so I did. I came to study theater and film, and after graduating, life took over and I continued to stay…

7. Do you have a favorite place in New York and what makes it special for you?

There are actually many different New Yorks, and I have experienced several of them since I moved here. I like it when all of a sudden, I am walking on the street and a smell or a sound, or the sight of something, brings me back to one of those NYs for an instant.

8. What do you like to do in your free time after work?

Oh, there are many different things I like to do: I enjoy nature, traveling, spending time with friends, going to the theatre, reading, writing…

9. Tell us your highlight of this week?

This week is just starting, but I hope we finally get to feel the Spring! Even though it is snowing at this moment…