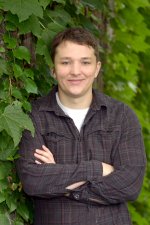 Michael Castellano holds a double major Bachelor’s degree in Music and Western History from SUNY Fredonia and a Master’s degree in Classics from Western University. While his interests are certainly eclectic, his work reflects a general interest in challenging traditional historical narratives and in engaging with the ways in which different societies transmit knowledge and information across time. In his academic career he has addressed historical, philosophical, literary, archeological, and even linguistic questions in which he sought to challenge established wisdom in places where that wisdom was, as he perceived it, lacking. Most recently he wrote papers which spoke to the elevated role of women in ancient Etruria and which underscored the importance of the mythological figure of Queen Dido in 17th century Italian and English opera. In his free time Michael enjoys listening to Beethoven, playing chess, and playing with his golden retriever, Jackson.