We invite the XE community to join Professor Cole's course "Participation: Activating the Spectator in Contemporary Art" for a guest lecture by Liz Munsell, Curator of Contemporary Art, Museum of Fine Arts (MFA), Boston, on curating performance-based, participatory, and ephemeral work in the context of an 150 year old, “encyclopedic" institution.

Liz Munsell is the Lorraine and Alan Bressler Curator of Contemporary Art at the MFA, where she has served in curatorial positions since 2009. Beginning in 2012 she worked to establish the MFA as the first encyclopedic museum in the U.S. to fully integrate performance art into its exhibitions and permanent collection. Between 2012-17 she held a visiting curator post at Harvard University’s David Rockefeller Center for Latin American Studies. A Fulbright Scholar to Chile in 2006, Munsell holds a BA in International Letters and Visual Studies from Tufts University and a Masters in Cultural Studies from the Universidad de Chile.
Munsell's forthcoming exhibition, Writing the Future: Basquiat and the Hip-Hop Generation, curated with Greg Tate, will open at the MFA in early fall. Her recent exhibitions include Cecilia Vicuña: Disappeared Quipu, curated with Catherine Morris at Brooklyn Museum and MFA, Boston (2018-19); Annette Lemeiux: Mise en Scène (2017-18) and Pablo Helguera’s Club Americano at MFA, Boston (2017); Embodied Absence: Chilean Art of the 1970s Now at the Carpenter Center for the Visual Arts, Harvard University, Cambridge, MA (2016-17) and Museo de la Solidaridad, Santiago, Chile (2015-16); Marilyn Arsem: 100 Ways to Consider Time at MFA, Boston, MA (2015-16); and Cuban Virtualities: New Media Art from the Island at Tufts University, MA (2013) and School of the Art Institute of Chicago, IL (2014-5). Munsell serves on the advisory board of the Cisneros Fontanals Art Foundation (CIFO). Her writings have been published in print and online publications such as MoMA’s Post: Notes on Modern and Contemporary Art around the Globe and Artforum.com. 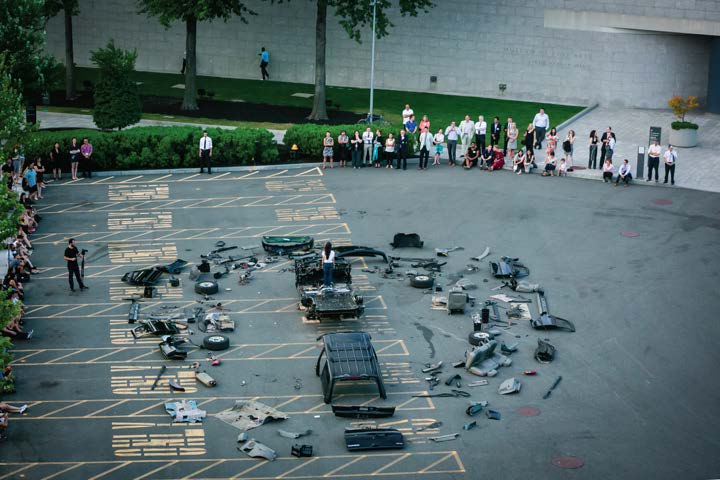