Stephen Duncombe, The Art of Activism

To paraphrase the activist David Solnit, “Everything is artistic. Traditional protest - the march, the rally, the chants - is just bad art."

For nearly a decade, activist STEPHEN DUNCOMBE and artist STEVE LAMBERT have been training activists to create more like artists… and artists to strategize more like activists through their Center for Artistic Activism. From sex workers in South Africa to undocumented youth immigration activists in South Texas, they have worked with more than 1000 activists and artists across the US and in a dozen countries. In this informal presentation CAA co-founder and NYU professor Stephen Duncombe will be sharing some lessons learned through his research and practice: providing case studies from throughout history and around the world, and discussing the dynamic blend of the affective qualities of the arts and the effective possibilities of activism that makes up the hybrid practice of artistic activism.

STEPHEN DUNCOMBE is Professor of Media and Culture at the Gallatin School and the Department of Media, Culture and Communications at the Steinhardt School of New York University. His books include Dream: Re-Imagining Progressive Politics in an Age of Fantasy (2007), Notes From Underground: Zines and the Politics of Underground Culture (1997). He is the editor of the Cultural Resistance Reader (2002) and co-editor, with Maxwell Tremblay, of White Riot: Punk Rock and the Politics of Race (2011). he is also the creator of Open Utopia, an open-access, open-source, web-based edition of Thomas More’s Utopia. 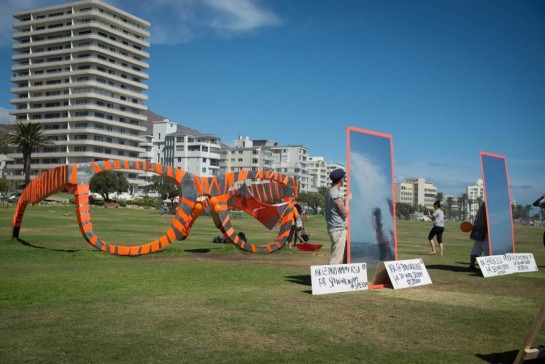