us out to take a chance, to leave

the safety of our baskets and to let

"Who am I? Who is it that I am (following)? Whom should this be asked of if not of the other? And perhaps of the cat itself?" (Jacques Derrida)

Gwen is also known as Gweng ('괭'). Some Korean language historians argue this is the origin of the word '고양이' (which means cat); others argue both words first appeared in the 19th century. It is likely just a countryside dialect/abbreviation of 고양이)

Gwen was found in Brooklyn in 2012. During the Snowpocalypse of 2013 she was trapped in snow for two weeks. She has lived in Eclectic and knows many things.

The Center for Experimental Humanities presents an afternoon of love and meows, of shyness and wisdom, Clemence Dongwoo Kim's encomium to Gwen, an official coronation, and a rare opportunity to pay homage to Gwen. 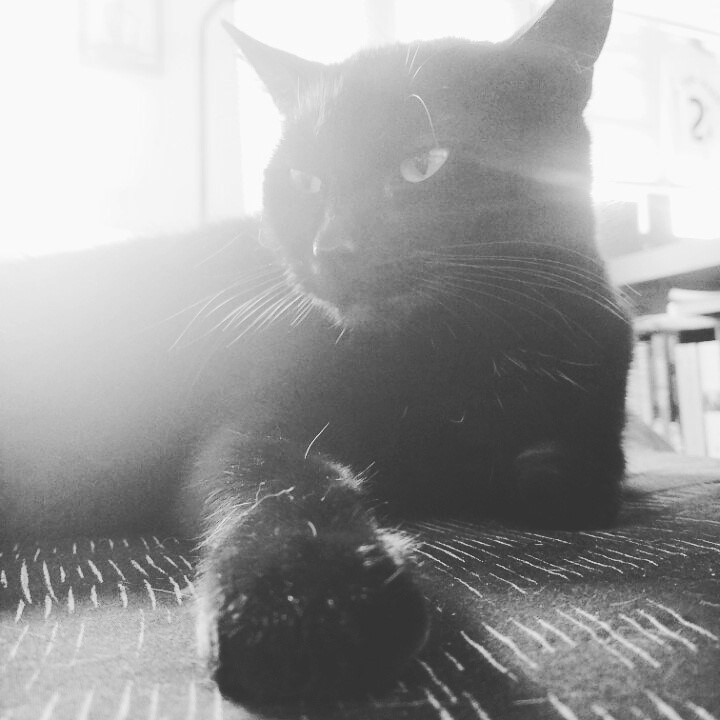