This talk / screening, reflecting upon recent work by Sherry Millner and Ernie Larsen, will examine the value of anarchist practices such as direct action, reciprocity (or solidarity), autonomous forms of organisation and assembly, and tactical illegalism in support of migrant struggles in Thessaloniki, a city located on the Balkan route, in eastern Greece. Since 2009 the artist duo’s involvement, primarily with the anarchist migrant support group Clandestina, has led to radical cultural production across a considerable array of platforms.

In July 2016 they conducted outdoor screenings of short-form radical experimental films at the (unsanctioned) No Border encampment on the campus of Aristotle University where about 2000 anti-authoritarian migrants and activists engaged in 12 days of protest, education, and cultural exchange. Within this context, Millner and Larsen will screen How Animals and Plants Live, a 17-minute video essay that concentrates on the physical, social and affective consequences of the government’s violent eviction of migrants and their supporters from the self-organised squat Orfanotrofeio in late July 2016.

SHERRY MILLNER and ERNIE LARSEN, co-creators of the interventionist video program State of Emergency, are anarchic artists who often work collaboratively on film, book, installation, curatorial and other media objects. Volume 2 of their Disruptive Film: Everyday Resistance to Power DVD collections will soon become available through Facets Multimedia. Their video essay Rock The Cradle (2011) centres on the aftermath of the insurrection in Greece in December 2008. 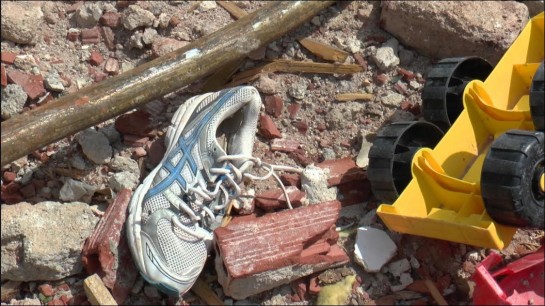