Applicants who are admitted will be considered for the Stephen Cohen Fellowship in Russian and Slavic Studies. This prestigious and selective fellowship may be awarded annually to exceptionally accomplished and promising MA students. "The Stephen Cohen Fellowship in Russian and Slavic Studies was essential to the completion of my joint master's degree in Russian and journalism. By lightening the financial burden during my time at NYU, the fellowship allowed me to devote my full attention to my studies, interact with experts in the field and subsequently transition to a career in journalism."

Natasha Bluth received a dual M.A. in Journalism and Russian & Slavic Studies in 2017 from NYU's Global and Joint Studies Program. She works as a journalist, editor and researcher in New York, writing on business and foreign policy, with a focus on Russia and Ukraine. With the help of the Cohen Fellowship, she conducted master's research on the rise of local volunteerism in Zaporizhia, Ukraine, specifically regarding the host community's relationship to internally displaced Ukrainians who escaped the conflict zone in Donbas. While at NYU, she also reported on LGBTQ+ migrants adapting to life in Kyiv. She is the recipient of a 2019-2020 Fulbright research grant and will continue to study grassroots activism, this time on women's issues, in Yaroslavl, Russia. Nigar Hacizade received a joint MA degree in Journalism and Russian & Slavic Studies in 2017 from NYU. The Cohen Fellowship was instrumental in allowing her to conduct her Master's thesis, which focused, through interviews with athletes and managers, on the 1992 Barcelona Olympics as a meeting space of newly-defined nationalities immediately after the dissolution of the Soviet Union. She's currently Eastern Europe Desk Lead and Senior Domain Expert at Dataminr, a global real-time information discovery company. She also continues her work as a freelance fact-checker for several national publications. "After finishing my Russian and Eastern European Studies Bachelor's Degree at SUNY Binghamton in May 2016, I knew that I wanted to continue my studies in a Master's program. After being accepted into different programs, I decided to attend NYU. The Cohen Fellowship was beneficial because it made the cost of this amazing program more manageable. Through this fellowship I was able to strengthen my knowledge of Russian literature while working with and meeting experts in the field. Now as a public school teacher in the South Bronx, I am bringing both Russian culture and language to my students."

Ben Dalton is currently a freelance reporter and videographer who focuses on US politics, Russia, Eastern Europe, and Central Asia. His work has appeared in BuzzFeed, the New York Times, PBS NewsHour, Al Jazeera, the Diplomat, Hmm Daily, CNN.com, the Christian Science Monitor, Bedford + Bowery, and the New York Transatlantic, among other publications. The Cohen Fellowship enabled him to complete New York University's Global Journalism program, with half his coursework in the Russian and Slavic Studies department. He credits his academic studies with enriching his reporting on Eastern Europe and international affairs in general. Rachel Angelica Engle has developed her interest in Russian studies and art culture at New York University as a Master's Degree Candidate and Stephen F. Cohen Fellow. Through the  generously provided by the Stephen F. Cohen Fellowship, Engle was able to develop her linguistic skills at NYU which assisted her in her role as Archival Ephemera Digitiation and Media Specialist at the Blavatnik Archive. In the Summer of 2018, through the Global Research Initiative Fellowship, she traveled to NYU Prague to expand her thesis research on Ukrainian Art in the former Czechoslovakia. "As the child of a single mother, I financed my undergraduate education with a mixture of grants and loans, leaving me in debt. The Cohen Fellowship has allowed me to pursue an advanced degree at a fraction of the cost. Without it, I would not have been able to afford to continue my education. The Cohen Fellowship is not just financial aid to me but a key that opens doors."

Emily A. Perry, Stephen F. Cohen Fellow in Russian & Slavic Studies at NYU, earned her BA with Honors in Russian Studies in 2019 from Rhodes College. The generously provided Stephen F. Cohen Fellowship has allowed her to continue delving into her research interests beyond the confines of undergraduate education and helped launch Emily into exploration of the emergence of the religious-political right within Russian Orthodox contexts, while honing language skills and gaining valuable advising from world class faculty. 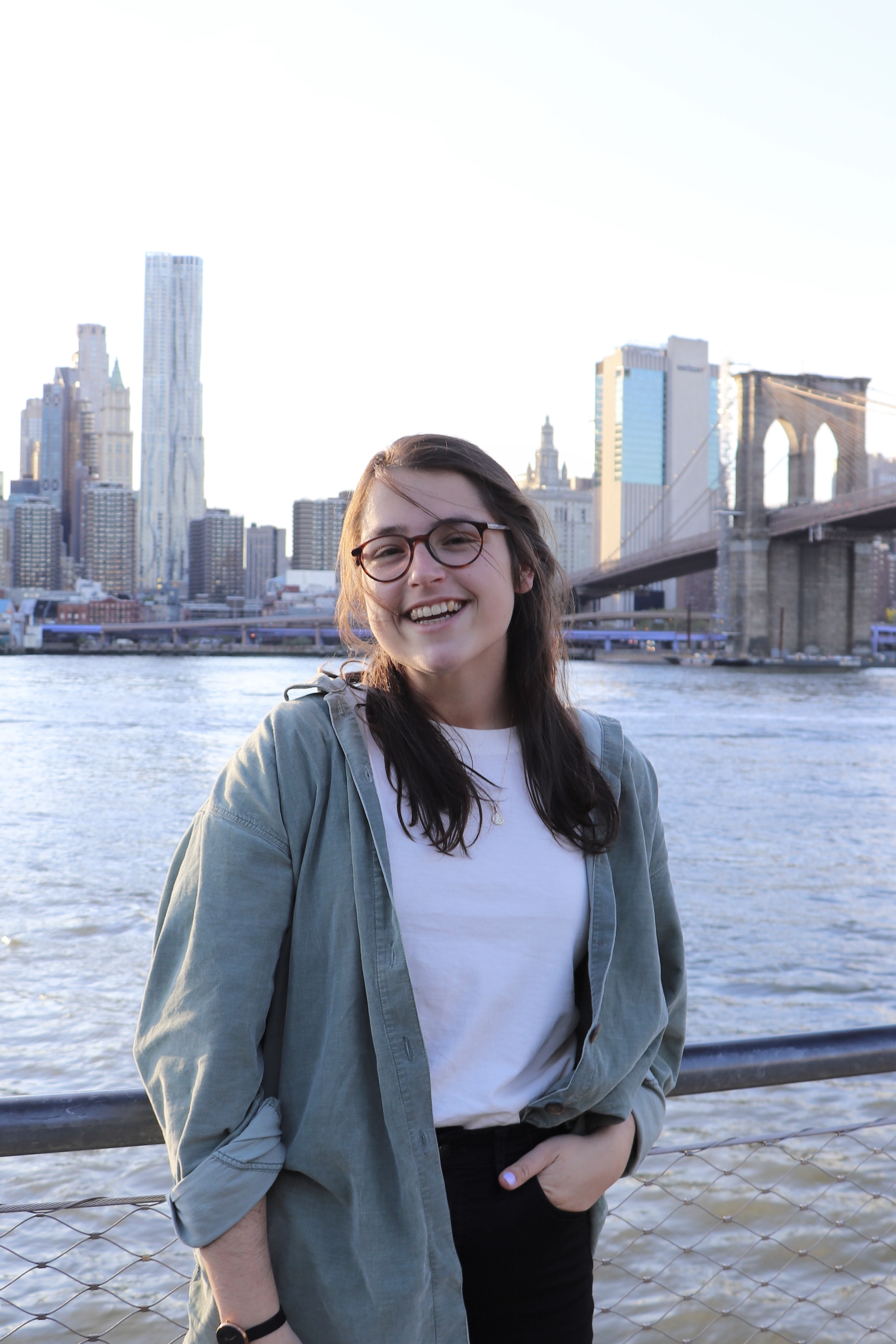 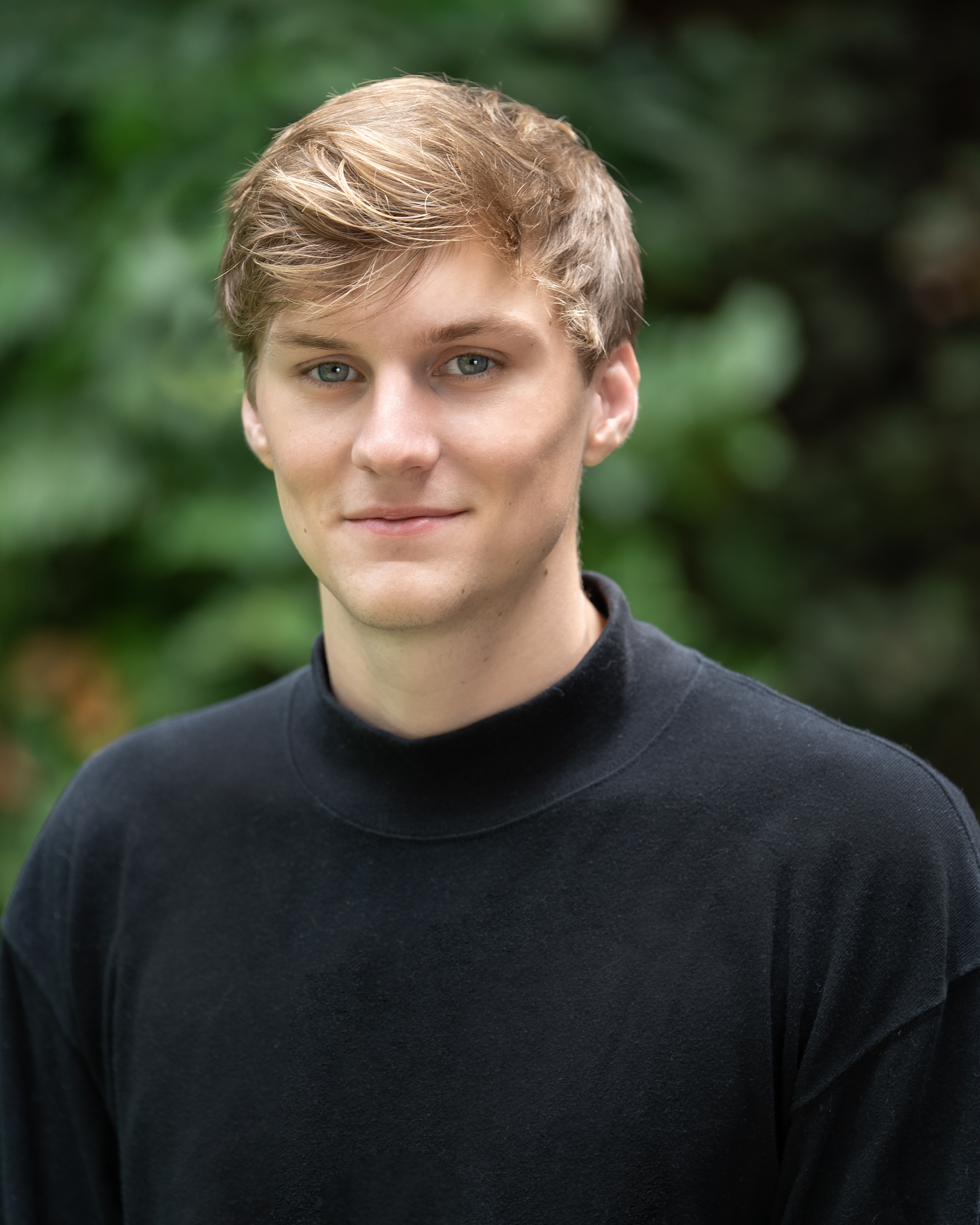 Graham Weaver graduated with highest honors from the University of North Carolina in 2020, where he studied Comparative Literature and Russian. In his senior thesis, he examined authorial presence in three novels through the theoretical framework of Mikhail Bakhtin, including Fyodor Dostoevky’s The Brothers Karamazov and Vladimir Nabokov’s Lolita. As an incoming Cohen Fellow, he hopes to build upon his undergraduate research in preparation for a career in academia. His interests include 19th and 20th century literature, literary theory, Russian Intellectual History, and representations of cruelty and violence.

Thanks to the Cohen Fellowship and the Russian and Slavic Studies department, I have been able to follow a magpie’s nest of research interests, including early Soviet utopian thought; philosophy, history, and literary theory; and Russian Formalism. My current project is a thesis on Bergsonian temporality and the narratability of history/history as narrative in Tolstoy’s War and Peace and Viktor Shklovsky’s memoir-fiction A Sentimental Journey. 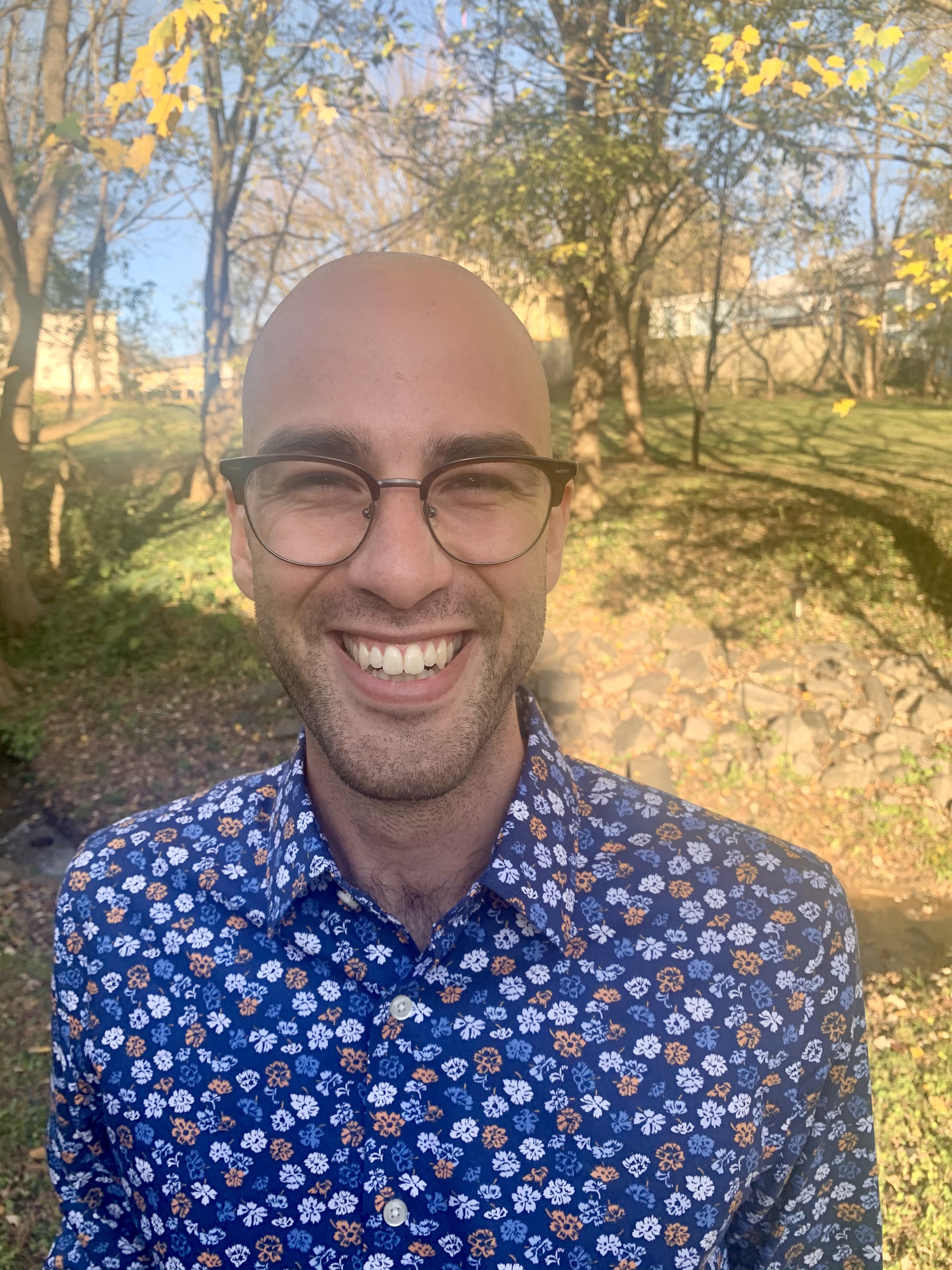 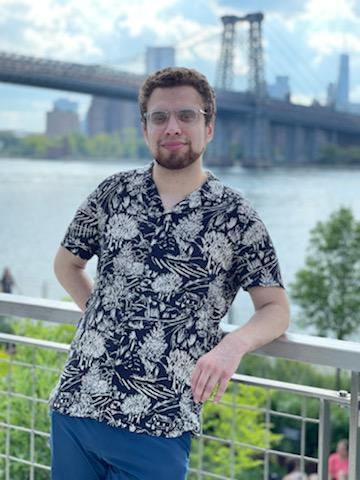 This Fall, I am entering the MA program in the Russian and Slavic Studies department at NYU thanks to the generosity of the Stephen F. Cohen Fellowship. Through this opportunity, I am looking forward to continuing my studies and following my passion for researching Russian Theater. The Cohen Fellowship is allowing me to strengthen my research and writing abilities, so I can write about the exciting trends happening on contemporary Russian stages. I hope to research how the Russian literary tradition has impacted different aesthetics and forms in Russian Theater. Ultimately, I believe this work can increase an understanding of how we culturally respond to the social, political, and economic worlds around us.

Marcus Pixley received his Bachelor's of Arts in Russian Studies and English Literature from the University of Iowa. Thanks to the Stephen F. Cohen fellowship, Marcus has been able to continue his studies with the Russian and Slavic Studies department at New York University. His current research interests include Russian and Soviet fashion history, cultural production during and after the Soviet Union, and postmodernism in Russia. 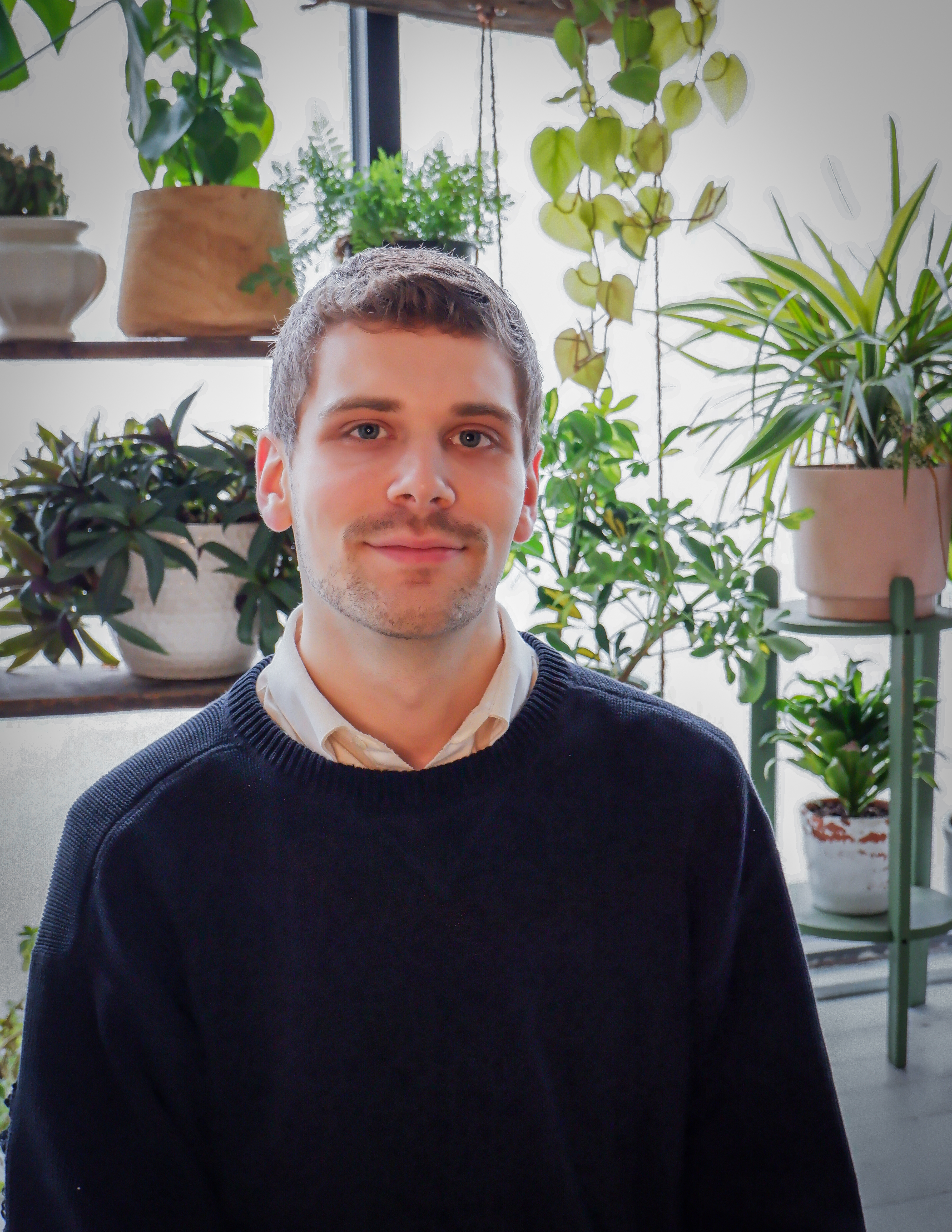