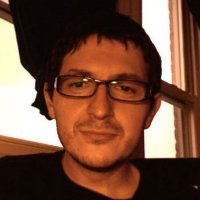 This dissertation has several interrelated goals. The first is to shed light on the nature of the Catalan object clitic system, and the second to extend the proposal for Catalan to other Romance systems and beyond, ultimately contributing to our understanding of notions like case, clitic, and the structure of nominal phrases.I put forward a syntactic structure that provides a unified solution to a whole ensemble of puzzles that have so far plagued the study of Catalan clitic pronouns.That proposal is based on the idea that dative clitics are complex syntactic structures that include accusative clitics and deictic features as part of their internal constitution. Such a proposal offers a unified account for ten puzzles related to Catalan object clitics. Those puzzles either have so far gone unnoticed, or haven't received a unified account in the literature. I distinguish between puzzles related to the morphological composition of those clitics, and puzzles related to their syntactic behavior. Among the former, we have three puzzles related to their ϕ-features (de)composition, namely gender, number, and person, and among the latter, we have puzzles related to the syntactic behavior of clitic clusters and single clitics. Inthe first case. I examine the problem of opacity, the Person Case Constraint, the flexible ordering possibilities of dative clitics, and the obligatoriness of dative, as opposed to accusative clitics. In the second case, I look into three puzzles related to the syntactic behavior of individual clitics, namely clitic doubling, syncretism dative-locative, and the semantic specificity of accusative clitics. Catalan morpho-syntax has been selected because it reflects certain properties of the human faculty of language, more directly, more unambiguously, and more compellingly than other languages. A close examination of the Catalan clitic system will enable us to not only describe the Romance (pro)nominal system more conspicuously, but also to draw conclusions regarding the essence of notions like case with more confidence and insight than what we could if we were to study another language.