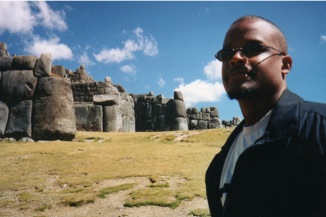 This dissertation examines the acoustic phonetic properties of consonant-tone interaction in the critically-endangered and little studied Khoisan language Tsua, using speech production data from original field research in Botswana. Tsua exhibits an extreme tonal depressor effect that lowers a post-consonantal, root-initial High tone's production by 50 Hz or more as triggered by voiced obstruents, aspirated obstruents or the glottal fricative /h/, a typologically rare pattern. However, this inquiry finds that 19.3% of the root-initial High tones that are expected to be depressed by the triggering context are produced without depression. It is argued that tonal depression exceptions involving voiced obstruents correspond to historically nasal sonorants or nasalized clicks, consonants which are not depressors in Tsua synchronically or diachronically. Thus, voiced obstruents are depressors if they have not undergone a historic sound change.

The rule in (a) proposes that [+slack] is the key feature that unifies the depressor types pending further acoustic and articulatory supporting evidence. What is important is that a Low tone insertion account is plausible given modifications to previous proposals.

It is unclear whether the rule in (a) is present in Tsua's phonology or if the current depression pattern is a remnant of Tsua's phonology from long ago. As a first step towards determining whether the rule is synchronically active, a two-part tone Wug Test is proposed for a future experiment. If the rule is found to be productive, this raises the interesting possibility that click replacement may interact with rule application in some way. Such a possibility has not been explored in the Khoisan literature. The findings reported in this dissertation expand our knowledge of tonal phonetics by showing what is possible in a typologically rare tone system and highlight the importance of statistical methods in phonetic fieldwork.