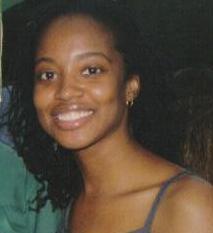 This dissertation explores language contact, sociocultural identity, and regional linguistic variation in southeast Georgia, which is home to speakers of African American English (AAE), an American English dialect, and speakers of Gullah-Geechee, an English-lexifier creole. I examine varieties of AAE spoken in coastal communities that have had significant historical contact with Gullah-Geechee as well as varieties spoken in inland communities that have experienced little to no Gullah-Geechee contact. I provide a qualitative analysis of speaker evaluative gon used by speakers to evaluate completed events, and I show that gon shares syntactic properties with English modal auxiliary verbs as well as AAE aspectual markers. I provide a quantitative and qualitative analysis of verbal -s marking and plural marking to determine what these patterns suggest about the historical relationship between the communities in that region.

My findings reveal that speakers in coastal and inland communities alike use zero-marking more often than verbal -s when marking verbs with third-person singular subjects in non-past contexts (e.g. she talk for she talks). Both coastal and inland speakers also use nonconcord -s(e.g. I cooks on a Friday for I usually/always cook on a Friday), which I show conveys aspectual and evaluative meanings. I make a further distinction between continuous/durative aspect (extended in time or existing continuously) and generic aspect (referring to eternal truths and timeless events) to show how it can inform our understanding of third-person singular -smarking.

My results for plural marking show that older coastal speakers primarily from McIntosh County, GA (in contact with Gullah-Geechee), display greater variability of a type associated with creoles in pluralizing nouns, both by their use of postposed dem (e.g. her foot dem for her feet) and by their higher rates of plural -s absence (e.g. one of they house for one of their houses). A qualitative examination of postposed plural dem reveals that it does not behave in ways that have been described for urban AAE speech varieties.