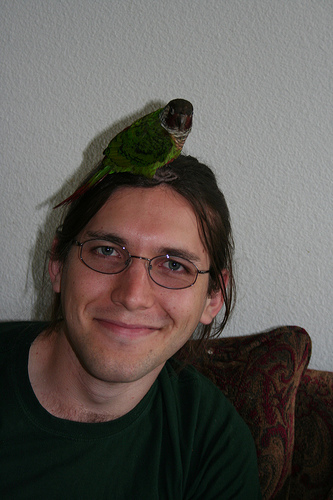 This dissertation explores the interaction of statistical learning and bias. While novel category learning is known to involve statistical learning mechanisms, there is clear evidence that learners bring bias of various forms into the process, resulting in learning patterns that differ from the expected outcome of purely distributional learning. Here,I explore the way that the learner’s experienced-based expectations about the informativeness of acoustic cues interacts with the informativeness of those cues during novel category learning. This question is addressed using a combination of experimental and computational methods. These two sources provide complementary evidence about the role of learning bias in statistical category learning, examining the effects of bias under certain learning conditions and testing one way in which such bias might be computationally implemented in the learning process.

Chapter 3 presents experimental evidence that learners are sensitive to gradient differences in cue reliability and demonstrate evidence of using multiple cues in distributional learning, contrasting with previous results. Three groups of native English speaker participants were trained to distinguish a pair of novel vowel categories with cues which are, for them, either uninformative at the segmental level (F0) or highly informative for native vowel distinctions (F2), where the relative informativeness of the cues was varied between groups. Participants in groups where one of the cues was more informative showed cue weightings which were influenced by the weighting present in the stimuli,demonstrating that learners’ cue weighting is modulated by the properties of the input.The balanced-cues group, more consistent with previous studies, showed less reliable learning. All groups showed a cue weighting pattern which is not directly attributable to L1 experience, preferring F0-based categorization boundaries over F2-based boundaries.

Chapter 4 presents a novel model of category learning which examines the interaction of bias and statistical learning from a computational perspective. This model implements category learning as a form of hierarchical inference where the learner makes inferences at the local level, learning individual categories, but also at a global level,making inferences about the expected properties of unobserved categories. The learner generalizes about cue informativeness in their L1. This influences what the learner expects cue weightings in novel vowel categories to look like. In a series of simulations,the model’s ability to learn L1 categories and, subsequently, novel categories after L1 training, is tested and compared to a model which does not implement learning bias.These simulations test whether the presence of bias is beneficial in L1 learning, and how the bias developed over the L1 learning process influences later learning of novel categories.

The results of the simulations offer a potential explanation of the bias observed in the experimental results presented here, and suggests a number of avenues for future research. Notably, a number of other distributional learning results in previous research might also be amenable to the same explanation proposed here. This suggests that difficulties in multidimensional distributional learning for adults might arise more from issues of experimental and stimulus design than inherent difficulty of the task.