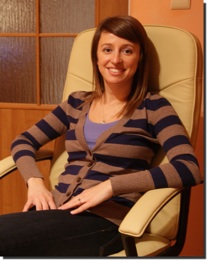 The linguistic and social landscape of New York City is more diverse today than it has ever been, with an estimated 800 languages being spoken, and the majority of the population made up of non-native English speakers. This ethno-linguistic heterogeneity has the potential to foster complex ethnic identities as New Yorkers of various backgrounds interact with one another. Affiliation with one group over another may also have linguistic consequences on an individual’s adoption of New York dialect features, and may ultimately alter the dialect itself.

This dissertation investigates linguistic differences among ‘white’ New Yorkers by focusing on a group that has cultivated ethnic pride and ethnic neighborhoods despite a long history of immigration, i.e. the Polish diaspora. The linguistic focus rests on regional variables of New York City English as produced by bilingual speakers. At the linguistic level, I ask whether the adoption of sociolinguistic variation in the L2 (English) can be facilitated or hindered by L1 (Polish) phonology. At the social level, I investigate whether the (non)adoption of regional features can be accounted for by speakers’ involvement in the Polish community in New York City.

The data for this dissertation were collected as part of fieldwork with first and second generation Polish New Yorkers (non-native and native English speakers, respectively). The data are drawn from a range of tasks, such as sociolinguistic interviews, two reading tasks, and a Polish involvement survey, and are supplemented with ethnographic observations. Using acoustic methodologies, I examine several sociolinguistic variables considered to be salient regional features of New York City: TH-stopping ([d]is for this and [t]in for thin), /ɔ/-raising, and the short-a split.