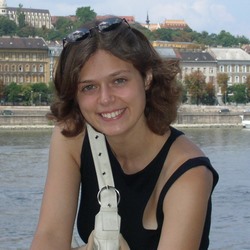 The starting point of this dissertation is the observation that pronouns that are obligatorily dependent on a sufficiently local antecedent are persistently silent. The classical hypothesis has been that silence is a lexical property of such elements. The central claim of this dissertation is that silence is instead a product of syntax--of the way these elements become dependent on their antecedents. The theory is developed with an eye on PRO in obligatory control constructions and on null pronouns in embedded clauses in partial pro-drop languages ("finite control''); it is then tested on the case of overt nominative subject pronouns and reflexives in infinitival clauses ("overt PRO''). I propose that pronouns that are referentially dependent on a sufficiently local antecedent are featurally and structurally deficient, consisting exclusively of a bundle of unvalued person, number, and gender (phi) features. The unvalued phi-features force these pronouns to enter into an Agree relation and acquire reference via feature valuation. Because of the pronoun's minimal feature content, the Agree relation produces an asymmetric configuration in which the features of the pronoun are a subset of the features of the c-commanding phi-probe that agrees with it. The present proposal is built on the notion of defective goal, which refers to the lower element in such a configuration. A defective goal must be eliminated before the phonological component of the derivation, like lower copies of dislocated elements. Thus, elements with an inherent phonological representation can remain unpronounced--the minimal content of a referentially dependent pronoun will ensure its silence because it is a defective goal relative to any phi-probe. This dissertation argues that an element's defective-goal status is evaluated cyclically at the completion of each phase. I propose that in cases where a silent referentially dependent pronoun alternates with an overt one, a functional head with its own formal features takes the minimal pronoun as a complement. It is this larger phrase that will serve as the goal for a phi-probe, and in this Agree relation the larger phrase will not be a defective goal.