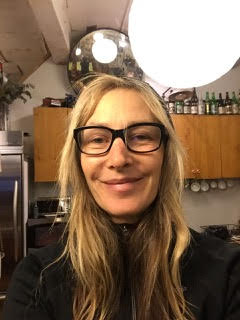 This research investigates the speech of white middle class young people in the New York City area who employ features of a variety referred to here as "Hip Hop Speech Style" (HHSS) to mark their affiliation with hip hop culture. Although hip-hop has a multiracial and multicultural ideology, its origins and creative force are found chiefly in urban African American communities. Far from a passing trend, hip-hop has established itself in the mainstream over the past two decades, generating multi-million dollar clothing and music sales. Characteristically, hip hoppers display their affiliation through a stylistic complex that involves clothing, hair style, forms of walking, gesturing, language, and by participating in activities like rapping, DJ-ing, and break dancing.

The data for this study was collected over a two year period in New York City public and private schools, and is comprised of 39 hours of taped sociolinguistic interviews, and 15 hours of taped theatre, rap music, spoken word performances, discussions, and fora centered on hip-hop. The 35 informants in my study live in predominantly white neighborhoods. Some attend mostly white private high schools while most of the others attend a large college preparatory public high school. A small number attend New York University. Their contact with HHSS comes primarily from rap music, television and fleeting contact with native speakers.

There is a discourse of authenticity within hip-hop that privileges the urban black "street" experience and places the participation of whites, particularly middle class whites, on the periphery. Yet the ideology of multiculturalism within hip-hop gives many young people the license to adopt speech practices that have their roots in African American English. This study looks at how white hip hoppers use HHSS to negotiate their place in hip hop culture, and the ways in which they acknowledge or fail to acknowledge ethnolinguistic boundaries and issues of proprietorship. This research points to a shift in the way many young people are constructing their identities in the face of numerous commodified choices, and challenges traditional sociolinguistic assumptions about language and identity.