Too Black to be French? 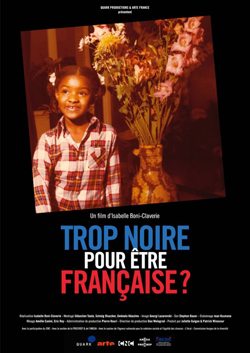 Screening of Too Black to be French?

(in French with English subtitles, Quark productions and Arte, 2015)

In this documentary film, Isabelle Boni-Claverie explores the role of race and persistence of racism in France, and the impact of the French colonial past. She uses the lens of her family and personal history as the granddaughter of an African grandfather from the Ivory Coast who married a white French woman in the 1930s. Though she grew up in relatively privileged circumstances, she remembers: “I was six years old and for the first time I became aware that I was black and that the color of my skin, to which I had attached no importance, defined me in the eyes of others.” The filmmaker draws on her own history as well on anonymous interviews of ordinary people and conversations with sociologists and historians including Pap Ndiaye and Achille Mbembe, to explore questions of race, culture, identity, and belonging.

PLEASE NOTE THAT SPACE IS LIMITED AND SEATING IS ON A FIRST COME, FIRST SERVE BASIS. THE DOORS WILL OPEN A HALF HOUR BEFORE THE PROGRAM BEGINS.