Olivier Wieviorka: New Perspectives on the Resistance in France 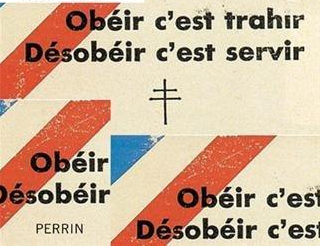 Olivier Wievorka is a historian, professor at the Ecole normale supérieure de Cachan. He is the author of several books on World War TWo and the French Resistance, including La mémoire désunie (2010), Histoire de la Résistance 1940-1945 (2013).

After World War 2, the French resistance enjoyed a mythological status. It was represented as a widespread movement that united most French people, whether under the aegis of de Gaulle or that of the Communist Party. The Resistance's military contribution was said to be decisive, amounting to the equivalent of 15 army divisions, Eisenhower supposedly maintained. Now, after several decades of historical research, we can put these myths to rest. The new story of the Resistance is far more nuanced than the old, but it is no less exciting.