Histories of twentieth-century European ideas and politics have rarely accounted for theology. Shortall’s Soldiers of God in a Secular World argues that we must do so to fully grasp secular modernity. The challenge facing the Catholic church after the 1905 separation of church and state in France was not to resist modernity but to articulate and shape how it might be made Catholic. Soldiers of God is a history of la nouvelle théologie, a Catholic reform program that arose in the early twentieth century. Shortall traces the institutions, networks of friendship, and material conditions—formed notably during the Jesuit exile from France—that nurtured these ideas. She provides deft analysis of how theology and politics articulated during struggles against fascism, liberalism, and communism, in the fight for universal human rights and eventually the establishment of Vatican II. The book manages to hold twentieth-century French political and intellectual contexts in the same frame with the pre-modern ones necessary to understand the categories developed by theologians including Henri de Lubac, Gaston Fessard, Yves de Monthcheuil, and Pierre Chaillet. The book makes a case for understanding politics beyond categories of left/right, public/private, and modern/anti-modern. Its lucidity and the way it upturns categories engrained in the study of French culture and society make Soldiers of God an exciting model for thinking about politics, the secular, and the thriving role of religion in our contemporary world.

Honorable mentions were given to the following books:

Barton's Reproductive Citizens elegantly combines the subfields of gender history and immigration, and compellingly argues that at the height of France's depopulation crisis between the world wars, France turned to immigrants, and specifically immigrant women, to repopulate the nation. Through careful analyses of bureaucratic records, ranging from naturalization files, private papers, census reports, court cases, police accounts, and the papers of social service organizations, Barton excavates women's experiences and centers their lives. Immigrants embraced France for its social welfare programs and assimilated their French-born children. In the process, they forged meaningful cross-cultural relationships with one another and their French neighbors. Ultimately, Barton shows how these relationships, together with social service infrastructure, helped limit the number of Jews deported from France to the Nazi death camps.

Relying on a diverse range of sources that span four continents, from Indochina, North Africa and Senegal to France and the United States, Aro Velmet's ambitious Pasteur's Empire reexamines the history of the Pasteur Institute, the rise of bacteriology and the role and impact scientists working on its behalf had during the French Third Republic. Velmet convincingly argues that Pastorian bacteriologists, and the French empire and the scientists and medical professionals within it, engaged in a dialectical relationship, one in which both sides influenced scientific, public health and social outcomes. The book emphasizes the centrality of mobility, networks, and connectivity across the French empire and offers new directions for scholars studying ideas, institutions, and health programs on a global scale.

Created in 1995 to honor the memory of Laurence Wylie, Professor of French Civilization at Harvard University, the Laurence Wylie Prize in French Cultural Studies is awarded every second year to an outstanding book in French social or cultural studies concerning any historical period. Strong preference is given to scholars in the early years of their career.

Since 2017, the Wylie Prize has been administered by the faculty of NYU’s Institute of French Studies. The members of this year’s Prize committee were Catherine Clark (MIT), Jennifer Johnson (Brown), Kathryn Kleppinger (George Washington University), and John Shovlin (NYU, non-voting chair).

The call for nominations for the next Laurence Wylie Prize will go out in late 2023. Books published in 2022 and 2023 will be eligible. 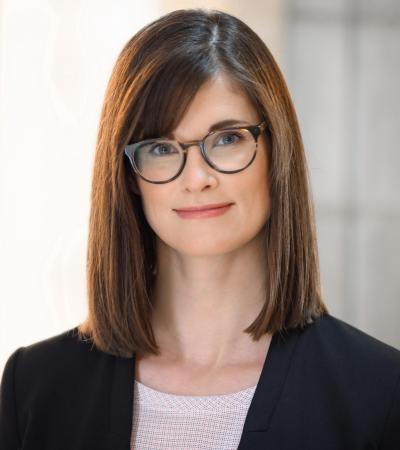