Lecture | Michael Spourdalakis, A Momentous Year: The Greek Left in and out of Government 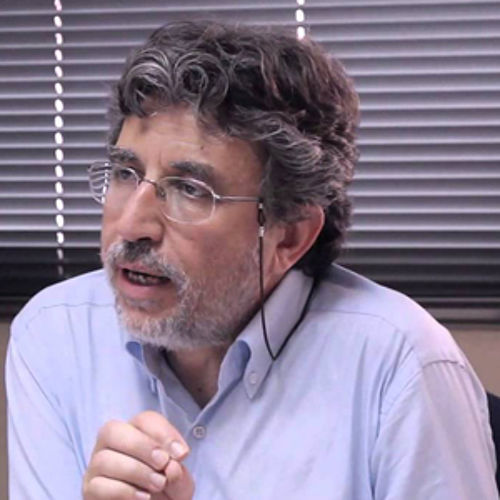 A Momentous Year: The Greek Left in and out of Government
The seminar will trace the first turbulent year of SYRIZA in government:  From the victory of January 2015, the negotiations with the country’s institutional debtors, to the Referendum, to the signing of the new agreement, to the resignation of the government and the call for new elections, until today.  In the presentation, the developments in the opposition will be presented and analyzed.

Michalis Spourdalakis has been teaching political sociology as Professor in the Department of Political Science and Public Administration, at the University of Athens since 1991.  Since April 2014 he is also the Dean of the School of Economics and Politics.  He is director at the Laboratory of Political Communication and Media Information at the University of Athens, Greece.  Before assuming his current position at the University of Athens, he was Assistant Professor at Bishop's University, Lennoxville, Quebec, Canada; a Post-Doctoral Fellow of the Social Science and Humanities Research Council of Canada (SSHRC); and a Researcher at the National Center of Social Research, in Athens.  He is currently director of the Canadian Studies Center at the University of Athens. Professor Spourdalakis holds an undergraduate Degree from the University of Athens; a B.A.(Honours) from Lakehead University, Canada; an M.A. form University of Manitoba; and a Ph.D. from Carleton University, Ottawa, Canada. Professor Spourdalakis has published in the field of political sociology in both English and Greek, and part of his work has been translated into Spanish and Chinese.  His books and articles have elaborated themes on political representation with an emphasis on political parties' relation to society, culture and the state; on local and regional administration and development; on the welfare state and collective consumption; and on Greek political institutions and policies since 1974.  His publications include:  The Rise of the Greek Socialist Party, London: Routledge, 1988;  On the Theory and the Study of Political Parties, Athens: 1989;  Populism and Politics, (with N. Mouzelis and T. Libovats), Athens: 1990;  The Constitutions of Political Parties (with G. Papademetriou), Athens: 1994;  pasok:  Party-State-Society, (ed.) Athens: 1998, Party of European Socialists: Prospects and Challenges, Athens, 2001.