January 28, 2021
By Lisa Chow
Based on interview by Lisa Chow and Amisha Vyas

“I’ve found that studying French has given me a broader scope of the world.”

Saransh Desai-Chowdhry, an NYU alumnus who concentrated in Cultural Entrepreneurship at Gallatin and minored in French, spoke to us about how French has influenced his work and writing, the interdisciplinary nature of his studies at NYU, and how he keeps up with his French today. A marketer, writer, and musician, he graduated from NYU in May 2020 and now works at the intersection of global business and storytelling. 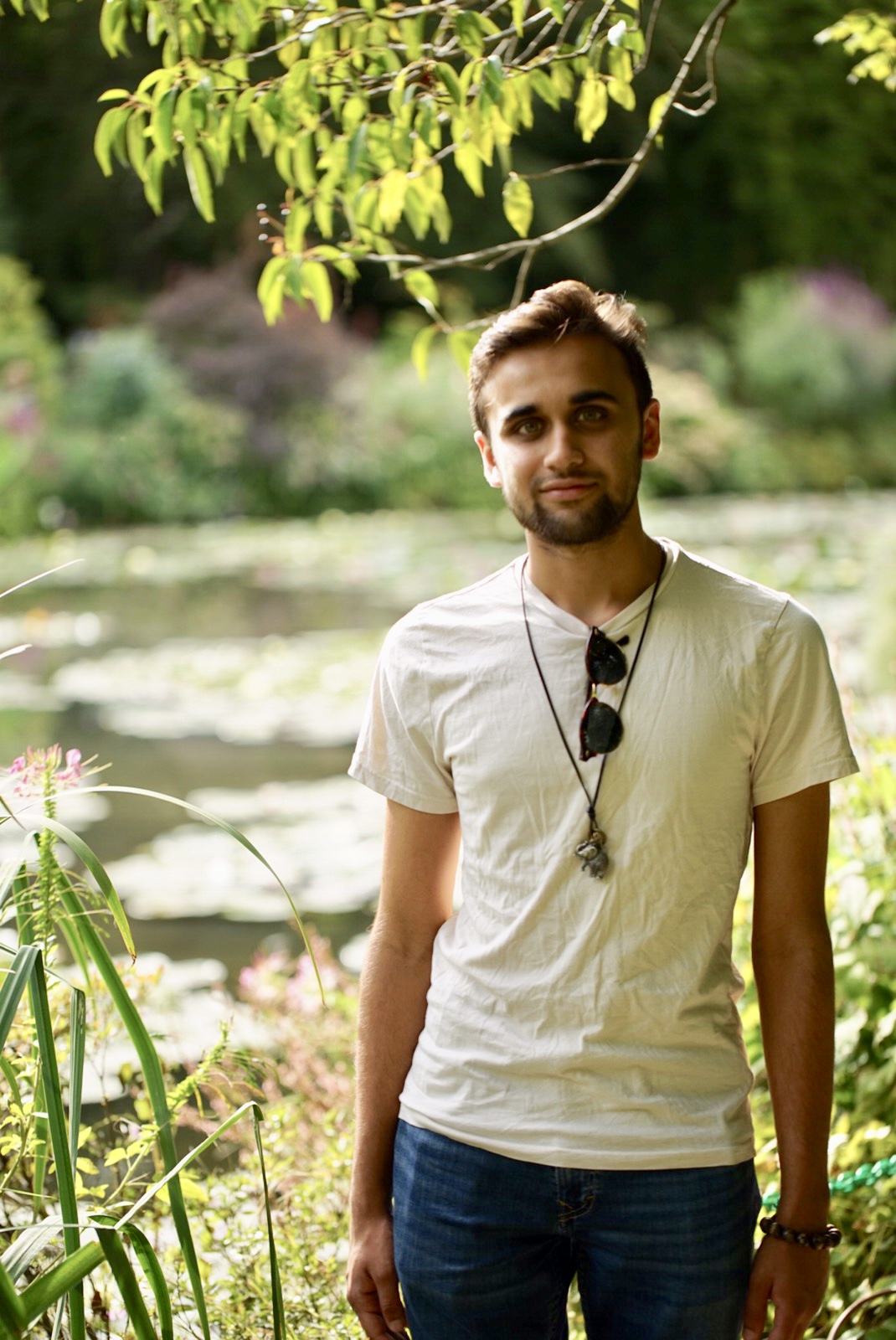 On how he began learning French

When Saransh was in middle school and high school, French was one of his favorite subjects. He says that in addition to enjoying learning the language, he was drawn to “how within Francophone communities there is so much dedication to art and culture.”

“I’ve found that studying French has given me a broader scope of the world and even improved my comprehension and mastery of English since so much of English is derived from French. It has been super influential for any writing project that I do. French allowed me to enhance my vocabulary and my understanding of semantics and idioms. And beyond that, I think it's made me really globally minded. So in terms of jobs that I take, I would love to be a part of companies that have a presence globally, and I would love the opportunity to work abroad at some point. I'm thinking of applying to business schools in a few years, and I definitely would love to think about business schools in France and in Europe. I think studying French has been hugely influential for me creatively and professionally.”

On his experience studying French at NYU

“I've made so many of my best friends and best memories from studying away in Paris and being in French courses, and they were oftentimes some of my smallest, most intimate courses. In Paris I took a spoken contemporary French class, and I think I have remained friends with every person in that class. There were ten of us, and it was such a bonding experience because we had oral exams twice a week, and our teacher was so nice and personable, and we would go on museum visits as a group. I always feel a kinship with other French language students.”

“I loved Versailles: Life as Art in the Age of Grandeur with Professor Henriette Goldwyn. In addition to reading historic French plays such as Tartuffe and Le Favori, we analyzed how Louis XIV used branding and iconography to magnify his global power and legacy. I ended up using many of the concepts we covered during my colloquium and rationale for Gallatin.” Saransh calls Louis XIV a “pioneer of branding,” and in his colloquium, he discussed how “a lot of the artists that he commissioned were within an institutional framework but sometimes had very transgressive socially progressive ideas.” Saransh drew a link to contemporary times: “I think we can see that happening with a lot of artists who will work with huge corporations but ultimately try to magnify progressive messages through that connection with institutions.”

Saransh also points to his writing class at NYU Paris as influential: “During my semester away in Paris, I took a French creative writing course called Writing Paris with the wonderful Professor Elizabeth Molkou. We would often travel to artistic hubs in the city to seek direct inspiration for our writing prompts. It was a wonderful exercise to marry my love for creative writing and French, and the experience greatly influenced my approach to writing across the board. I still remember and cherish many of the texts we read. The class helped me understand how to take notes out in the field and incorporate it into writing. It was super formative for me as a writer.”

“I applied to Pi Delta Phi because I loved the idea of joining a cohort of students who share my passion for French language and culture. I also thought that it would be a great way to mark the culmination of 10 years of studying French.”

With a background in Indian classical music, music has been a passion of Saransh’s since a young age. He says, “I love listening to as many different global genres as I can and hearing the cultural specificity. When I think about French music, there's classical, but also French electronic and EDM. There's such a subculture; when you listen to French electronic, you know it's French music from what you hear melodically. When I was in Paris, I had a chance to go to some French electronic shows and to see how some people who grow up in France are so influenced by the artistic situation there, and how that impacts their lives.”

How he keeps up his French

In addition to watching movies and TV in French, Saransh set his phone’s language to French. He told us about how one time he went running and turned on a running app: “I forgot my phone was in French, and then the app started talking to me in French, and I thought, Okay, this will be an intellectual exercise at the same time.”

“My favorite French word is flâner. I love the idea of wandering without a specific end in mind and letting yourself sink into your surroundings. I think we all do that in New York in some capacity and certainly in Paris.”

What he’s been up to since graduation

In December 2020, Saransh released Soundstorm: Musings on the Madness of the Music Ecosystem, a collection of essays about the business and culture of music. In April will begin a role as an Associate at AlphaSights. 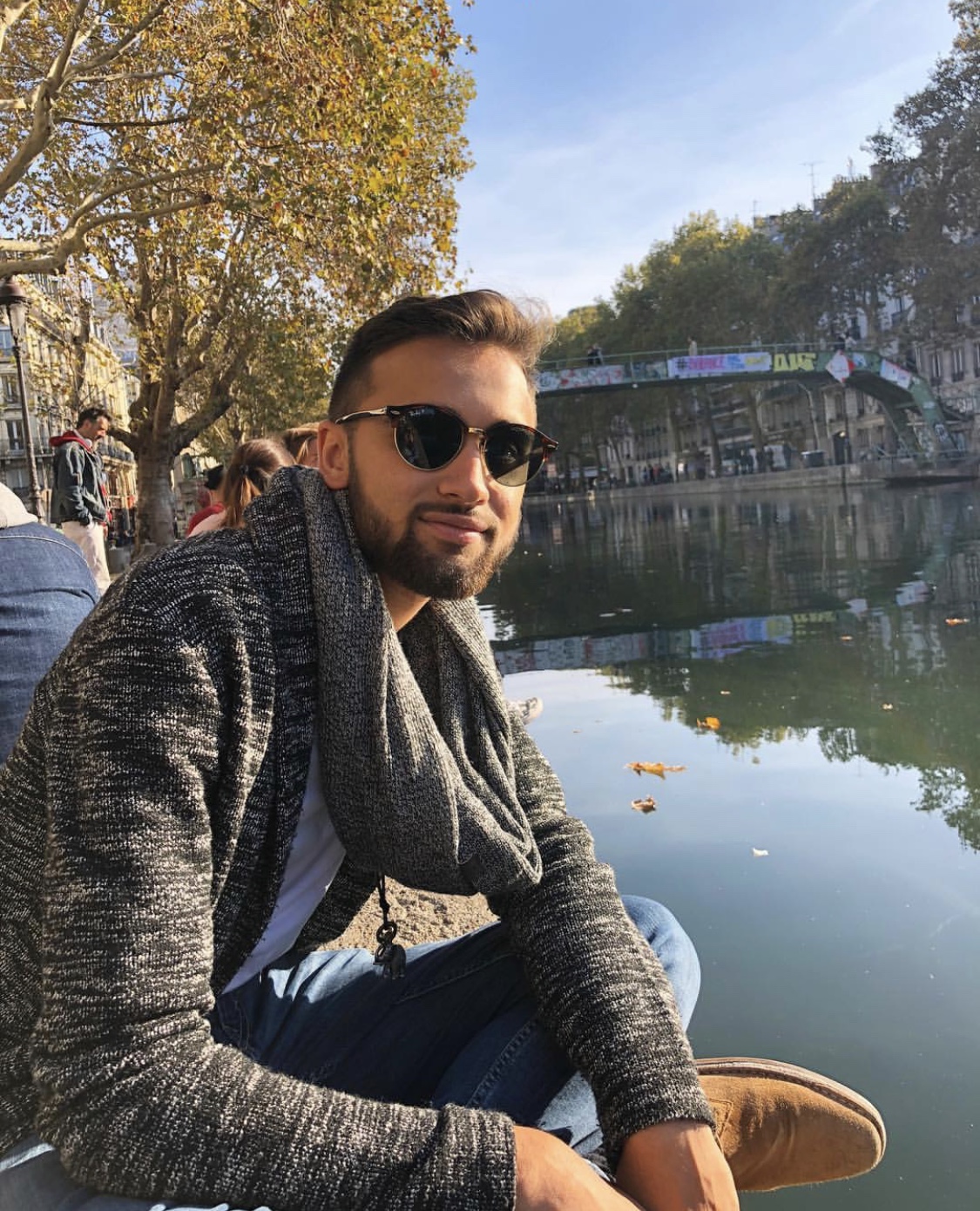