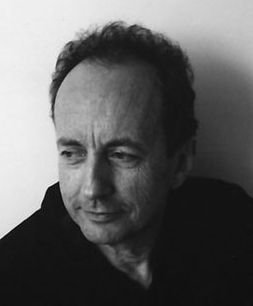 Postcolonial literatures and cultures; the history of colonialism and anti-colonialism; cultural history of the 19th and 20th centuries; literary and cultural theory; language and translation.

My work has been primarily concerned with analysing and critiquing the genealogies of ethnocentrism and racial injustice in our forms of knowledge. Growing up in the aftermath of the Civil Rights era, I intuited without fully understanding a sense that western culture and its knowledges were somehow permeated with racism. This formed part of a broader Western ethnocentrism which discounted the value of other cultures. It was only later that the intimate relation of such thinking to the histories of colonialism and slavery became clear to me. I would say therefore that fundamentally my work has been founded on a critical analysis of race and racism in culture in all its manifestations, while following through to a second genealogy of counter-racist movements and actions in all their complex forms, particularly anti-colonialism. What has amazed me is that the discovery of its hidden manifestations has continued over decades—whereas once racism seemed a problem that could be analysed and overcome, that racism could be simply “stamped out” by an assertion of collective will. While the object here is commendable, racism is too much entangled with everything else to be isolated in such an easy way: its depth and the degree to which it has infiltrated almost all arenas of knowledge and institutions makes the fight against it something of a Sisyphean task, but by the same token an ever more important one. Participating in the fight against racism and racial injustice, against its manifestations in politics and society, capitalism and culture, nationalism and media, has been a life’s work. In addition to its most obvious appearances in society and its institutions, from law to education, race also has also permeated academic thought in an extraordinary diversity of fields—law, literature, philosophy, language, science, sociology, psychiatry, psychoanalysis, medicine, anthropology, history, even those more recently established such as gender or migration and refugee studies, or political practices such as humanitarian intervention. My interests have worked in an intersectional way across many of those fields; for the most part they are now centered in the relations between language, philosophy, and translation, with a special focus on the work of Frantz Fanon.