Please join us this SPRING for our Creative Reading Series 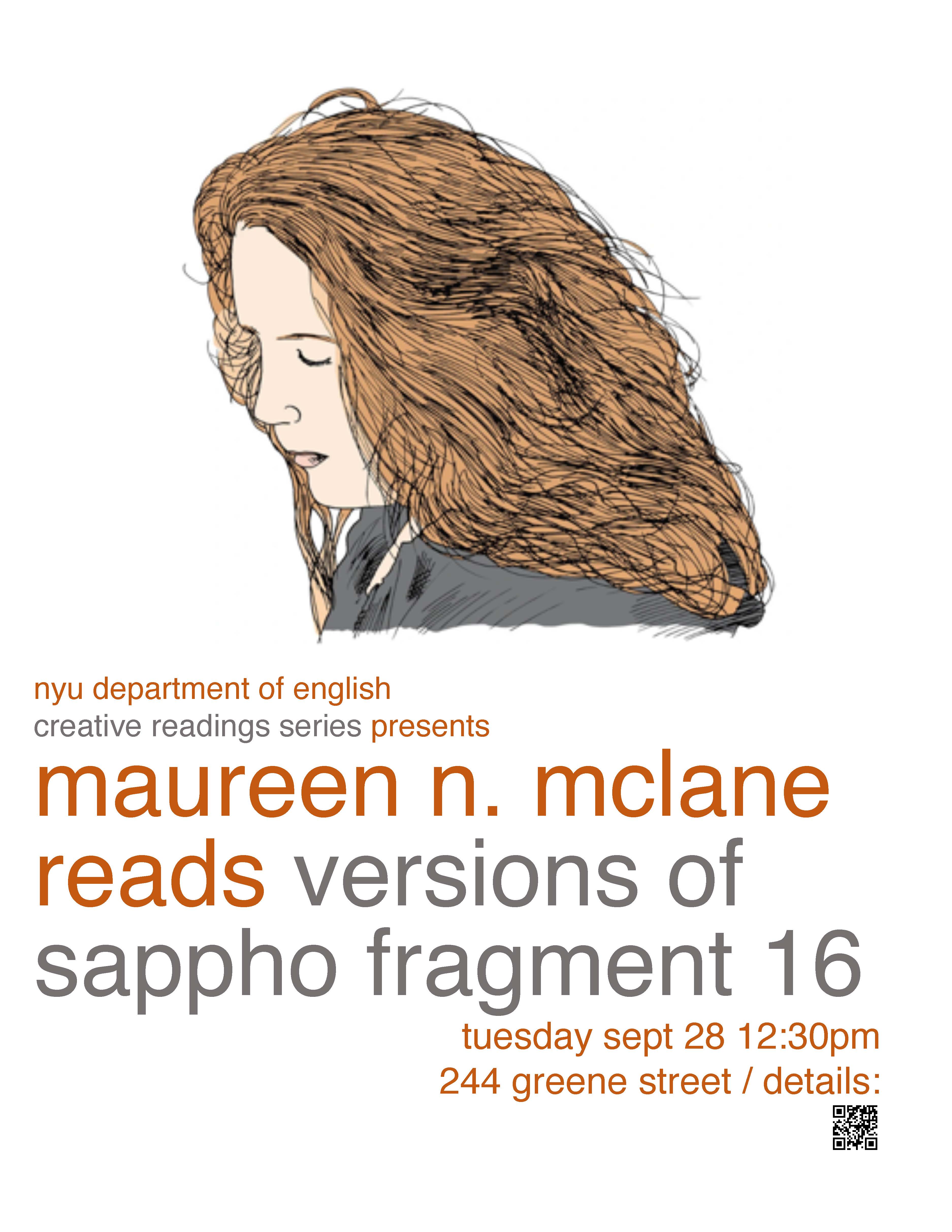 Her book My Poets (FSG, 2012), an experimental hybrid of memoir and criticism, was a New York Times Notable Book and Finalist for the 2012 National Book Critics Circle Award in Autobiography. Her poems have appeared in e.g. Bomb, Granta, London Review of Books, The New Yorker, The Paris Review, and PN Review; her work has been translated into Czech, French, Greek, Italian, and Spanish. McLane has also published two critical monographs on British romantic poetics and numerous essays on Anglophone poetics, balladry, and mediality. Her writing on contemporary literature and culture has appeared in (among other venues) Boston Review, The Chicago Tribune, Los Angeles Review of Books, The New York Times Book Review, and Public Books. In 2003 she was awarded the National Book Critics Circle Nona Balakian Award for Excellence in Book Reviewing. She has, as of yet, no tattoos. 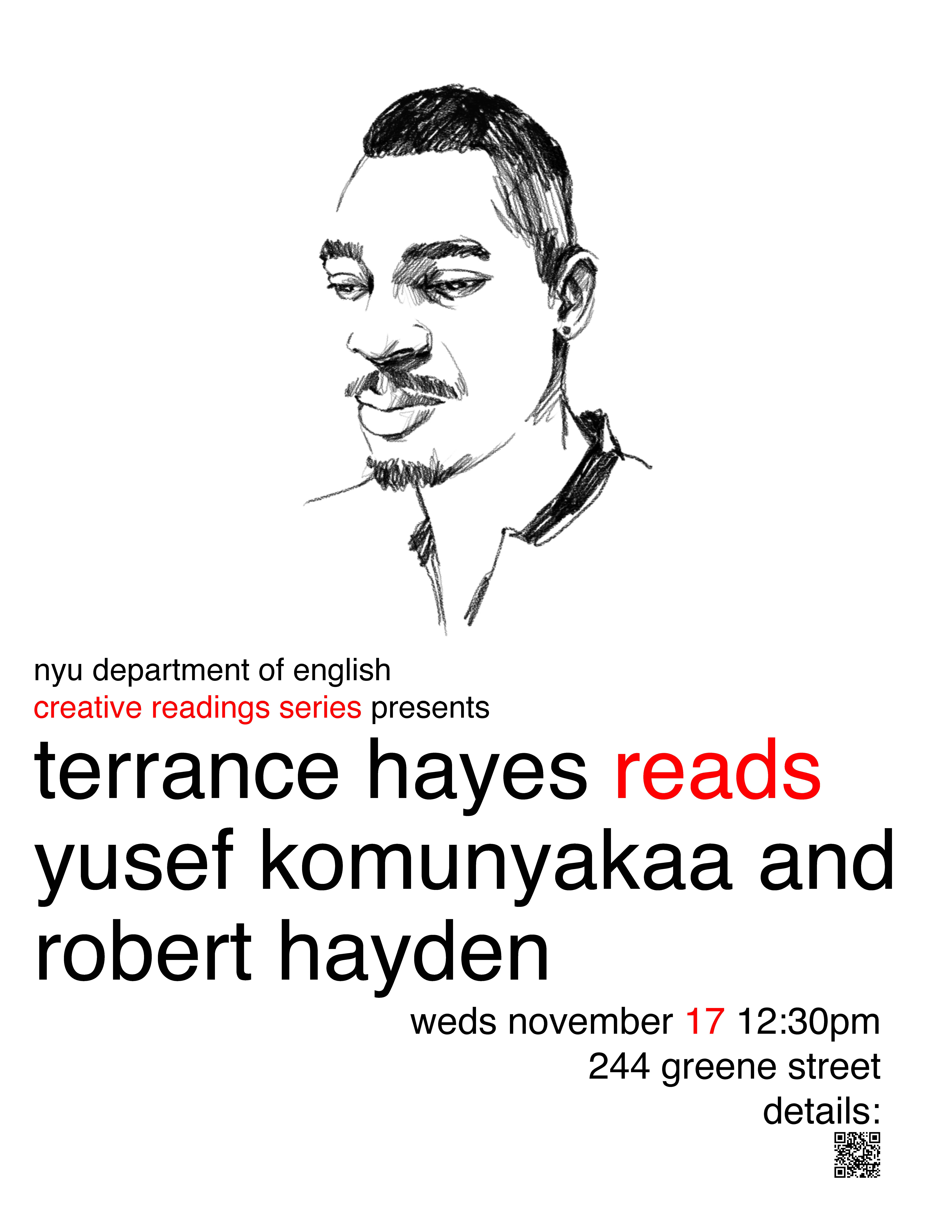 Please join us on November 17th to hear Terrance Hayes read Yusef Komunyakaa’s “My Father’s Love Letters” and Robert Hayden’s “Those Winter Sundays.” Hayes will lead the audience in a short creative exercise, so come prepared to write!

Hayes’s additional honors include a Whiting Writers’ Award and fellowships from the MacArthur Foundation, the National Endowment for the Arts, and the Guggenheim Foundation. He has taught at Carnegie Mellon University, the University of Alabama, and the University of Pittsburgh. Hayes is currently professor of English at New York University

Join us on Wednesday, February 23rd, at 12:30 pm to hear Joseph Osmundson read the COVID-19 Virus.

Joseph Osmundson is a Clinical Assistant Professor of Biology at NYU, co-host of the podcast Food 4 Thot, and author of Virology: Essays for the Living, the Dead, and the Small Things in Between (Norton, 2022). His writing has appeared in The Village Voice, The Los Angeles Review of Books, Gawker, The Kenyon Review, and The Rumpus. 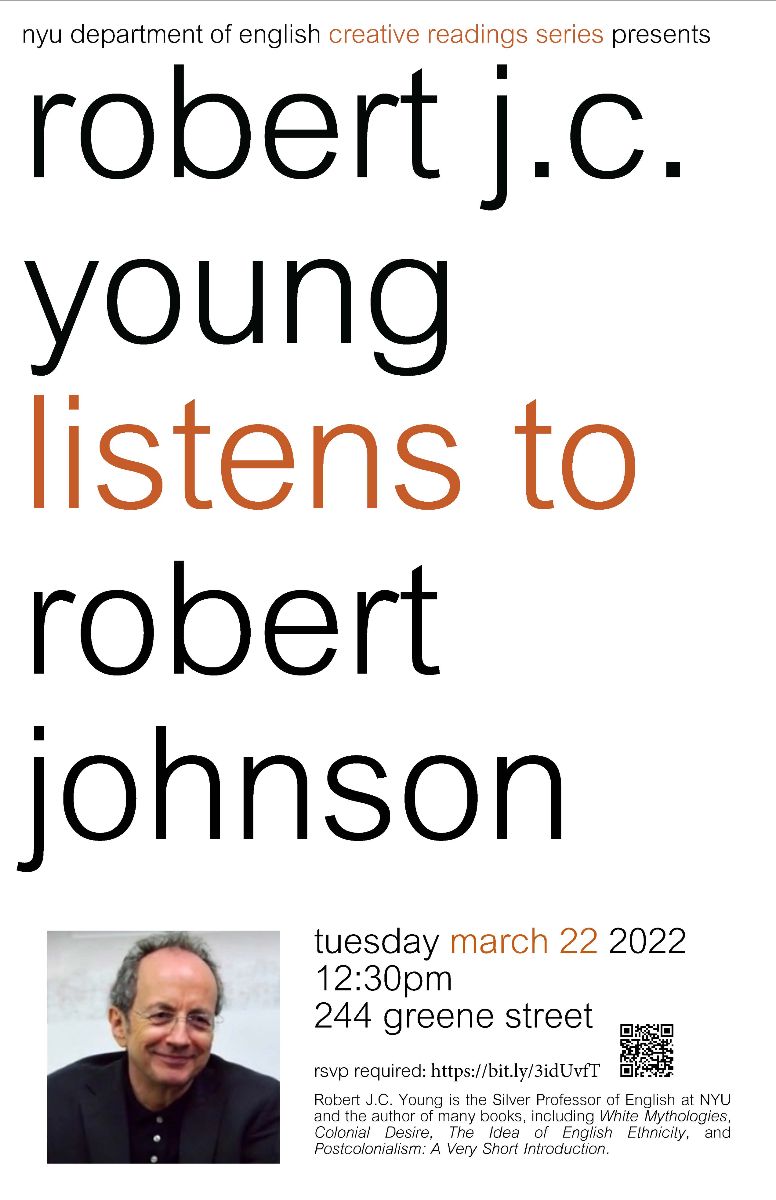 Please join us on Tuesday, March 22nd, for the next installment of the Creative Readings Series: "Robert J. C. Young listens to Robert Johnson."

Robert J. C. Young is Silver Professor of English at NYU and the author of many books, including White Mythologies (1990), Colonial Desire: Hybridity in Theory, Culture and Race (1995), The Idea of English Ethnicity (2007), and Postcolonialism: A Very Short Introduction (2021). 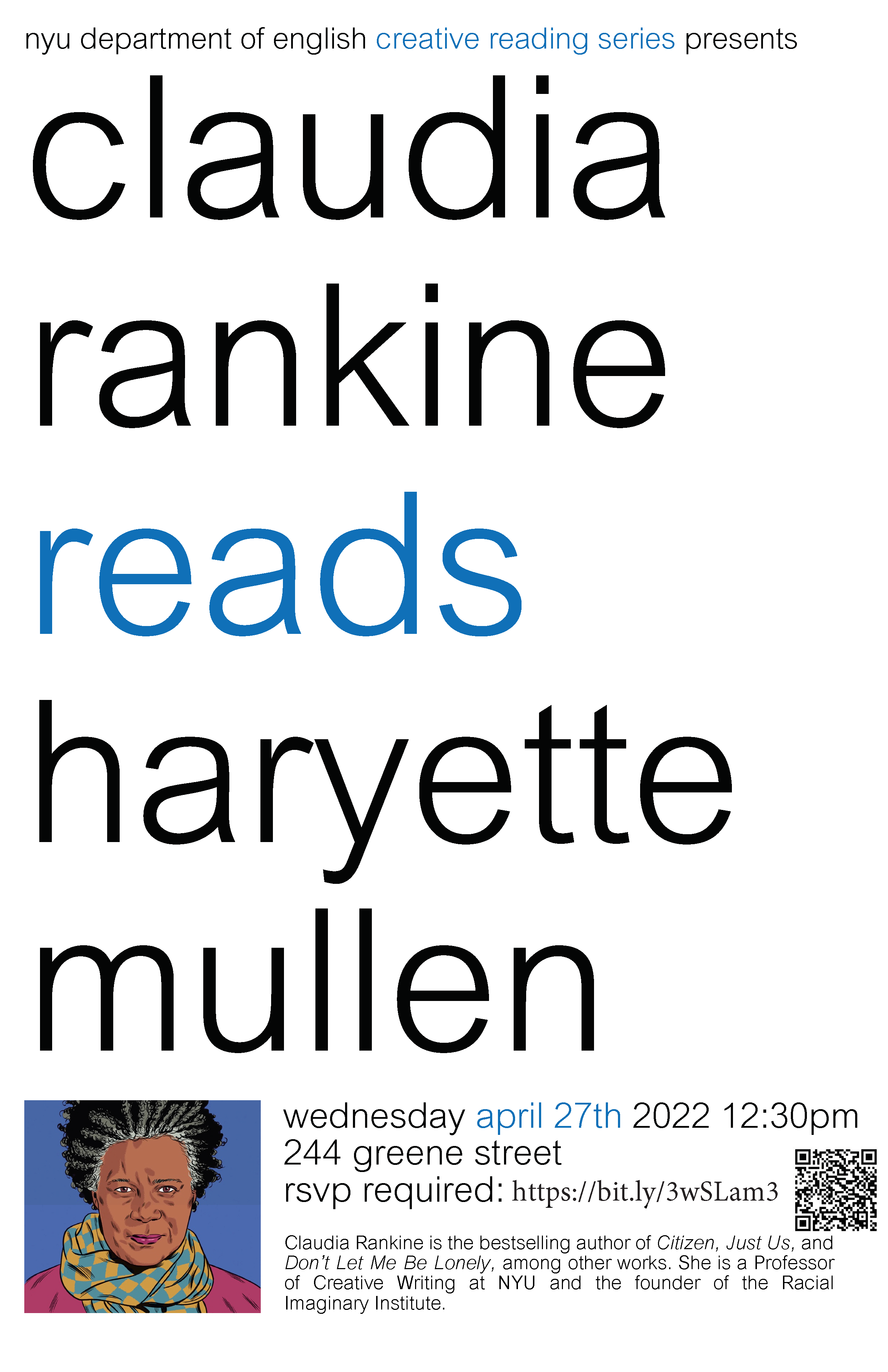 Please join us on Wednesday, April 27th, for the next installment of the Creative Readings Series: "Claudia Rankine reads Haryette Mullen."

Claudia Rankine is Professor of Creative Writing at NYU, hancellor of the Academy of American Poets, and the author of many works, including Citizen: An American Lyric (2014), The White Card: A Play (2019),and Just Us (2020).