There is perhaps no person more responsible for the radical transformation of the humanities since the 1960s than the Canadian philosopher and provocateur Marshall McLuhan (1911-1980). McLuhan's voluminous publications, lectures, interviews, and talks (and in one case, cameo film appearance in Woody Allen's Annie Hall) have made him one of the most widely recognized names of the twentieth century. McLuhan was more than a individual author; he was what Michel Foucault would call the initiator of a discourse (like Marx or Freud). His intellectual legacy created a climate of opinion, one that the French nicknamed "mcluhanisme." He was also perhaps the pioneering public intellectual. Although he died before the internet was invented, his talks on (and about) media such as radio, television and in film ushered in public intellectual debate concerning the electronic world. Far beyond academia -- and far beyond North America -- audiences recognize his slogans such as "the medium is the message" and coinages such as "the global village," "print culture," "electronic culture," and "the Gutenberg era."

Our conference will address McLuhan's legacy for the humanities. While he remains one of the best known and most influential intellectuals of the twentieth century, his reputation declined in the later 1970s. Today, everyone knows his slogans but few people actually read his works. (Fewer still attempt to understand the origins and implications of those works in their own time.)

Although he is remembered today chiefly as a media theorist, McLuhan was an English professor by occupation. Above all, he was a voracious reader, and our conference will focus on his reading (and on reading McLuhan). Recently, his personal library of some 6000 books was acquired by the University of Toronto Libraries, and the McLuhan Library and Archive received a UNESCO Memory of the World Designation as an irreplaceable part of the human heritage. We believe that our current moment is a unique one ideally suited to a reconsideration of McLuhan's exhilarating and complex (yet sometimes troubling) legacy.

This event is free and open to the public, but space is limited, and pre-registration is required. Identification will be required for entrance. 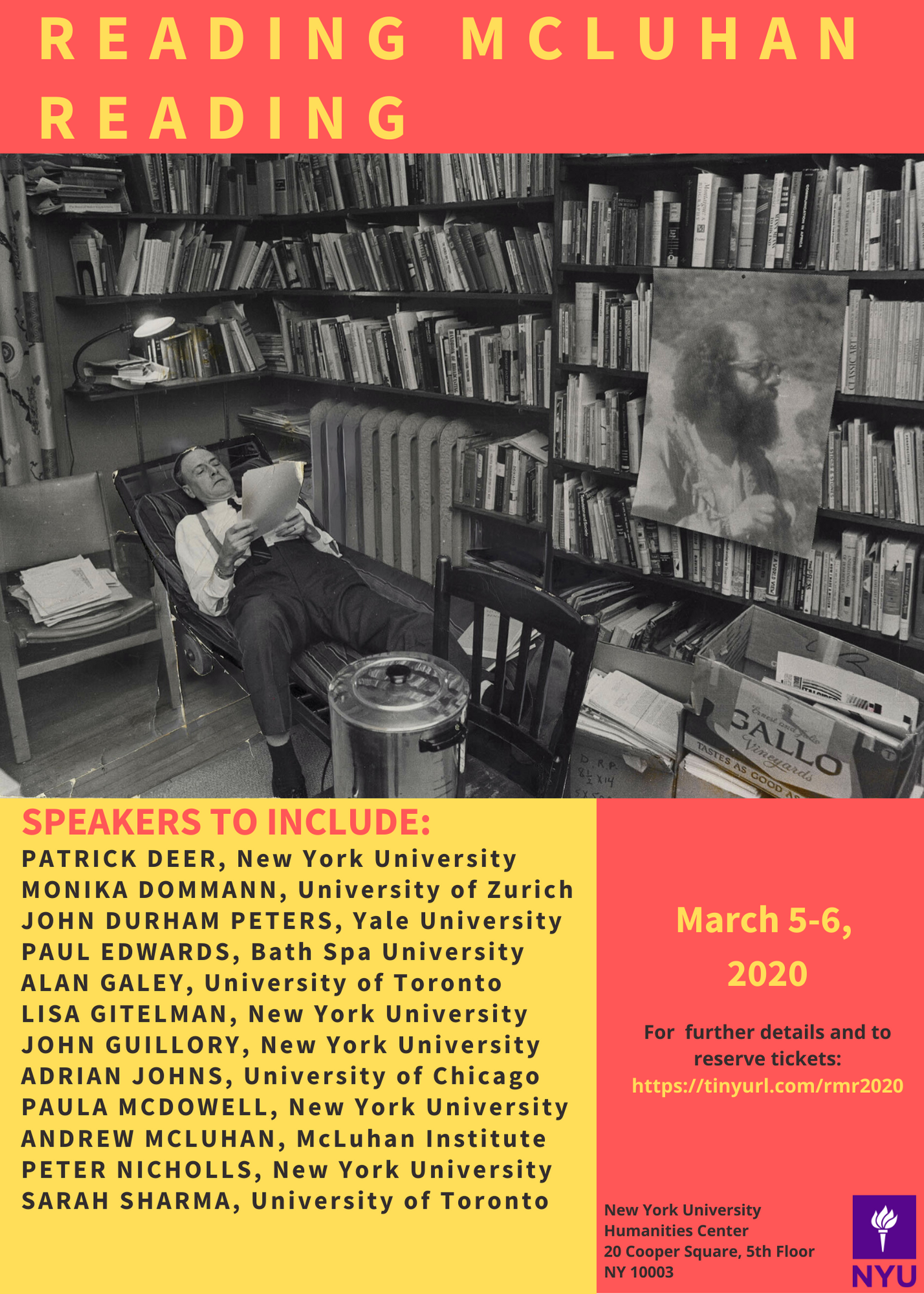