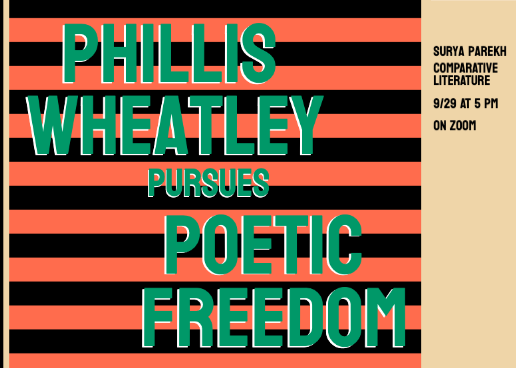 On Thursday, September 29th at 5 PM, Jay Garcia and the Department of Comparative Literature will host Surya Parekh of Binghamton University via Zoom for Phillis Wheatley Pursues Poetic Freedom - the first installment of the 2022-2023 Black Studies & the Contemporary Student series!

After the publication of her only book of poems and manumission in 1773, Phillis Wheatley writes that the world now appears to her “a severe schoolmaster.” Living as a free Black woman believing in Calvinism in a society hostile to that freedom, Wheatley faces the paradox of political freedom, where manumission often meant economic deprivation. She repeatedly fends off requests from her Christian supporters to be a missionary in Africa. Instead, she tries to support herself through poetry. In nearly every letter to her American correspondents after her manumission, there is some mention of selling her books or collecting monies for books sold. In “Phillis Wheatley Pursues Poetic Freedom,” Surya Parekh takes up the (im)possible task of imagining Wheatley, showing how, against a Calvinist proscription on excessive adornment and an emphasis on silence, Wheatley pursues poetic freedom. The talk focuses on Wheatley's poems and life between 1773 and 1784, from the publication of her first book of poems and manumission through to her death. It suggests that we understand Wheatley’s pursuit of poetic freedom as a response to one of those inscrutable questions that CLR James asks Black Studies to imaginatively investigate in “Black Studies and the Contemporary Student.” 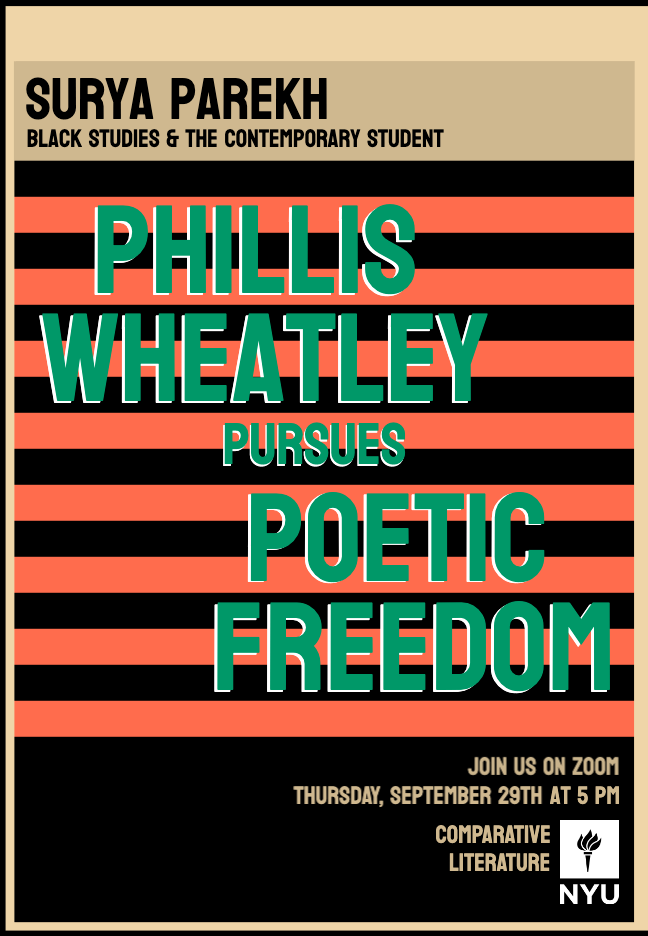