Madina Thiam - African History and the Making of a Classic: Yambo Ouologuem's 'Duty of Violence' 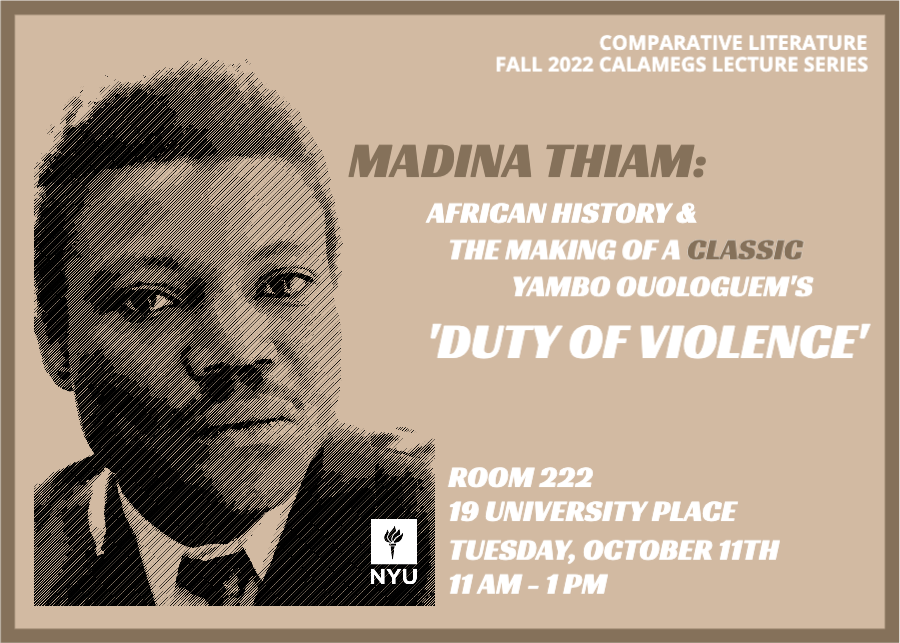 On Tuesday, October 11th at 11 AM in Room 222 of 19 University Place, Mark Sanders and the Department of Comparative Literature will host the first installment of the 2022 CALAMEGS lecture series - African History and the Making of a Classic: Yambo Ouologuem's Duty of Violence with Madina Thiam!

In 1968 Malian writer Yambo Ouologuem became the first Black author to win France's prestigious Renaudot Prize, for his novel Le Devoir de Violence. Four years later, in a dramatic downfall prompted by plagiarism accusations, Ouologuem's publisher stripped the novel from French shelves. The author, denied a chance to defend his work, abruptly returned to his native region, never to publish or interact with the press again. In this talk Thiam will primarily discuss some of the key historical developments and figures featured in the novel, which spans seven centuries. Thiam will then situate Ouologuem's interpretation of the social and political histories of Mali and West Africa, within the context of competing narratives about the African past circulating in the 1960s Francophone world.

Madina Thiam is Assistant Professor of History at New York University. Thiam is a historian of West Africa and the African Diaspora in the 19th and 20th centuries. Her work explores the circulations of West African people and ideas; social histories of Islam in Mali; race-making in the Sahel; Malian women’s histories; anti-colonial movements; and pan-Africanism. 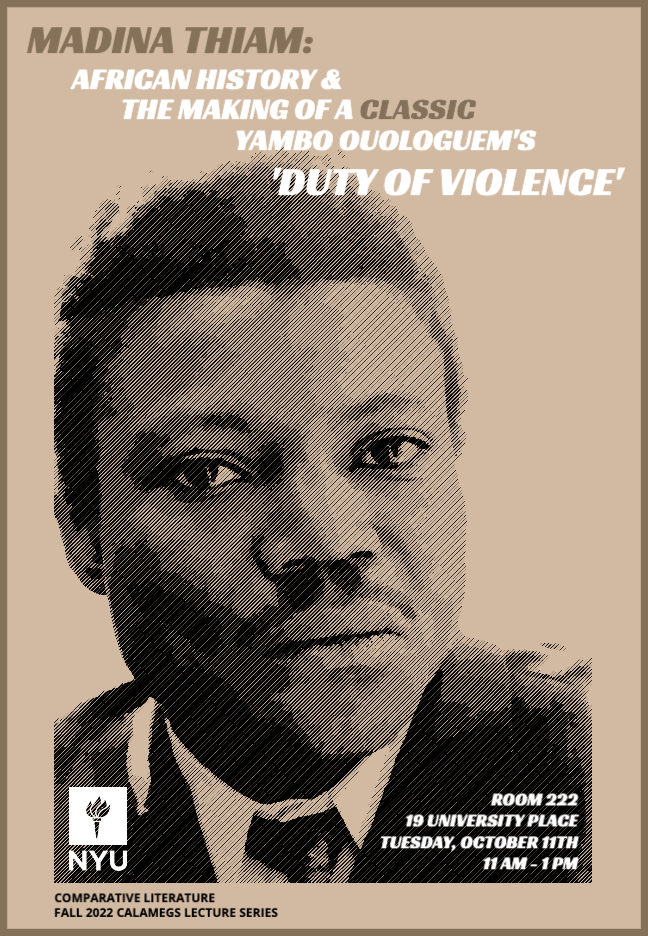