World Literature for the Wretched of the Earth - J. Daniel Elam Book Talk

On Thursday, February 18th at 3:00 PM EST Jay Garcia and NYU Comparative Literature will host World Literature for the Wretched of the Earth, a book talk by J. Daniel Elam:

World Literature for the Wretched of the Earth recovers a genealogy of anticolonial thought that advocated collective inexpertise, unknowing, and unrecognizability. Early-twentieth-century anticolonial thinkers endeavored to imagine a world emancipated from colonial rule, but it was a world they knew they would likely not live to see. Written in exile, in abjection, or in the face of death, anticolonial thought could not afford to base its politics on the hope of eventual success, mastery, or national sovereignty. J. Daniel Elam shows how anticolonial thinkers theorized inconsequential practices of egalitarianism in the service of an impossibility: a world without colonialism.

Framed by a suggestive reading of the surprising affinities between Frantz Fanon’s political writings and Erich Auerbach’s philological project, World Literature for the Wretched of the Earth foregrounds anticolonial theories of reading and critique in the writing of Lala Har Dayal, B. R. Ambedkar, M. K. Gandhi, and Bhagat Singh. These anticolonial activists theorized reading not as a way to cultivate mastery and expertise but as a way, rather, to disavow mastery altogether. To become or remain an inexpert reader, divesting oneself of authorial claims, was to fundamentally challenge the logic of the British Empire and European fascism, which prized self-mastery, authority, and national sovereignty.

Bringing together the histories of comparative literature and anticolonial thought, Elam demonstrates how these early-twentieth-century theories of reading force us to reconsider the commitments of humanistic critique and egalitarian politics in the still-colonial present.

J. Daniel Elam is Assistant Professor of Comparative Literature at the University of Hong Kong. 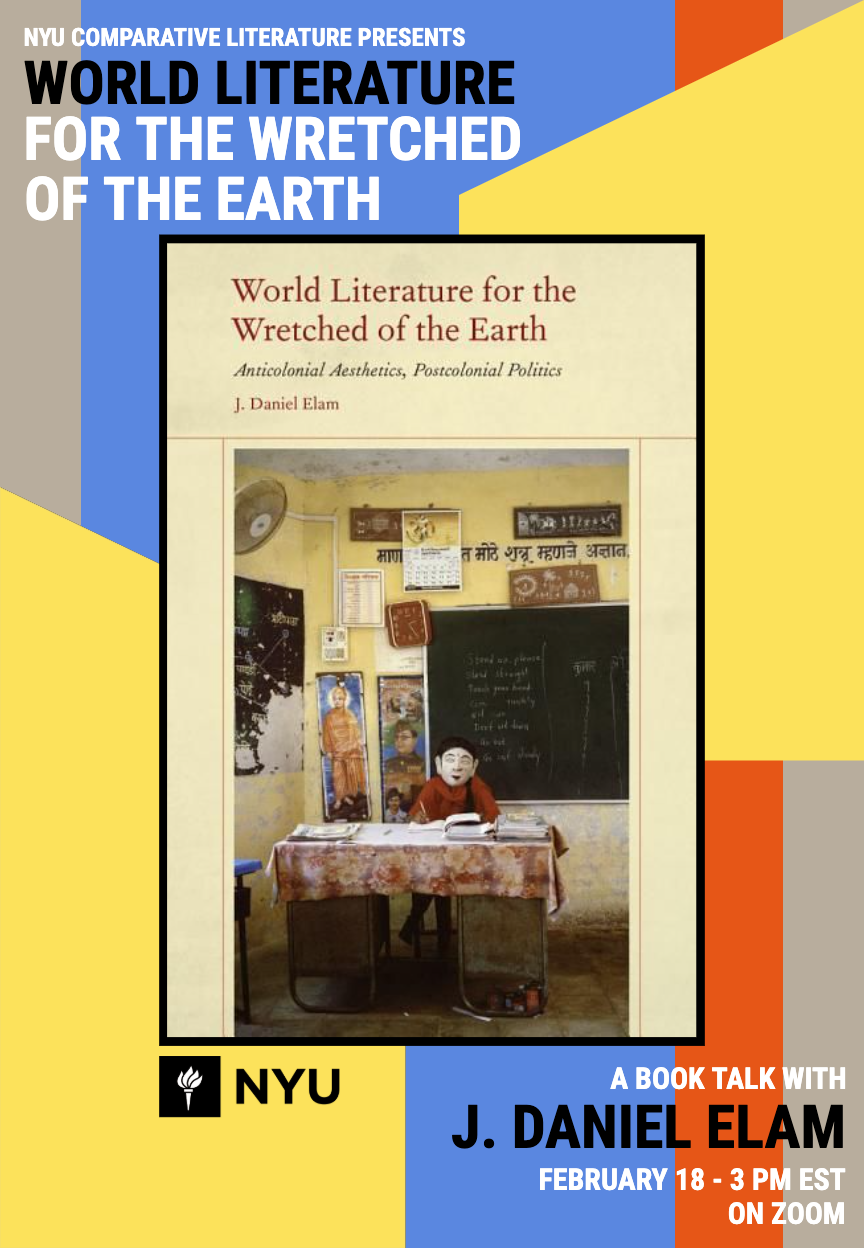